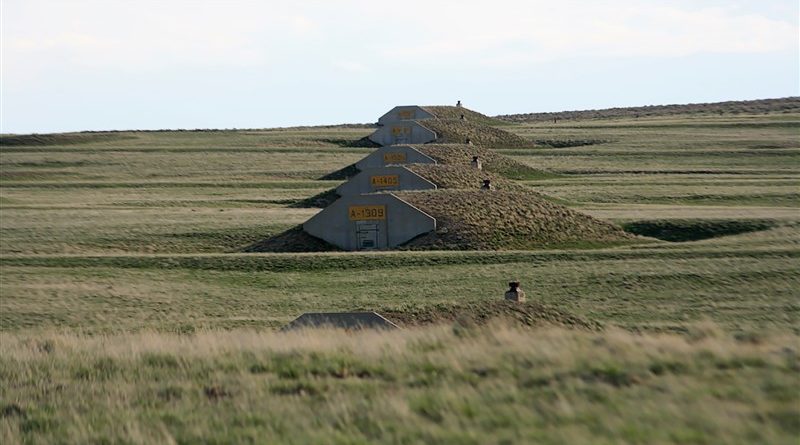 Will the end of the world arrive with the next economic collapse, nuclear war, or presidential inauguration? Thinking it best to be prepared, Vivos has taken readiness to new extremes with their 575-bunker Vivos xPoint community in South Dakota. It will cost preppers $25,000 to lease an off-grid bunker in a high-security area, combined with a $1,000 per year ground lease for 99 years.

Vivos converted an old army munitions depot, where the Army stored ammunition and bombs from 1942 to 1967, into a refuge where around 5,000 people can survive in case of a devastating catastrophe or zombie apocalypse. The hardened concrete bunkers are located south of Edgemont in South Dakota, and Vivos boasts the community is around 100 miles from “the nearest known military nuclear targets.” Just to be safe, each bunker can reportedly endure a 500,000-pound internal blast.

Berms cover each bunker. Inside, residents obtain water via two wells, stored in reinforced concrete tanks. Outfitting the bunker is up to the lessee; they can hire contractors or purchase a turnkey shelter from Vivos. The company says residents can choose geothermal heating, solar or wind to provide backup power for a generator, or even a nuclear, biological, and chemical (NBC) air filtration system. Vivos hopes to add a general store, shooting range, hydroponic gardens, medical clinic, horse stables, classroom, and members-only restaurant, among other planned amenities.

Why stop at just one bunker? The company suggests preppers could even secure more shelters to store their art or wine collection, car, or horses.

With 1,800 to 2,400 square feet of interior floor space, the bunkers can accommodate 10 to 20 people for a whole year. No one lives in Vivos xPoint just yet, according to Business Insider, but the group is taking reservations. For $5,000 and a background check, people can apply to live in what Vivos describes as “the place you will want to be when the SHTF!” And if South Dakota isn’t your kind of place, Vivos offers communities in Indiana or Europe as well.