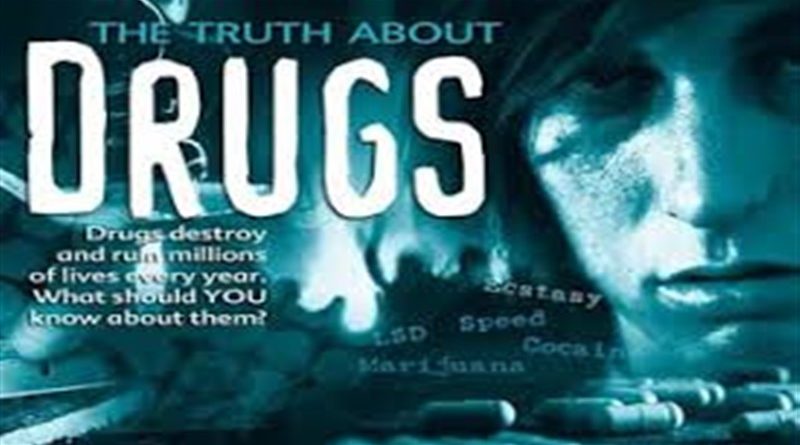 Fifteen years ago, I wrote a book called Pain Killer, which first told the story of Purdue Pharma; its owners, the Sackler family; and OxyContin, the drug that laid the seed for the opioid epidemic. A new edition of that book was recently published, one that brought to light a confidential 2006 U.S. Justice Department report showing that federal prosecutors had called for indicting top Purdue Pharma executives on serious felony charges that would likely have sent them to prison if convicted.

A wealth of evidence in the report indicated that Purdue Pharma became aware of OxyContin’s abuse soon after its introduction in 1996–not four years later, in 2000, as its executives would later claim before Congress. Simply put, the report suggests that the disaster that was OxyContin might have been averted if Purdue had been forthright and warned regulators about what it had learned about the drug’s early abuse.

The recommended indictments never happened because political appointees in the George W. Bush administration refused to support the move and the evidence in the government report was buried for a decade. The report emerged only recently because a person who believed that the public should know about its contents provided me with a copy of the document. A reading of the report makes its clear that when the Justice Department settled its case in 2007 against Purdue Pharma, the last, best chance to alter the trajectory of the opioid epidemic was lost. In the five years that followed, some 100,000 Americans died from overdoses involving prescription painkillers such as OxyContin.

Today, the opioid crisis presents doctors and healthcare providers with complex challenges ranging from finding ways to treat pain with methods besides opioids to helping those addicted to prescription opioids and illegal drugs find treatment to break their addiction. But stopping this epidemic also means confronting all the reasons why it began. And one reason involves the financial ties between pharmaceutical companies and the healthcare industry.

To turn OxyContin into a blockbuster, Purdue showered tens of millions of dollars during the late 1990s in speaking fees, consulting payments and gifts on pain experts, medical associations, healthcare organizations and patient advocacy groups. That campaign was the most aggressive marketing effort ever undertaken for a prescription narcotic in drug industry history, one aimed at convincing medical professionals that pain was vastly undertreated and that OxyContin was safe to use because its long-acting formulation would deter abuse and addiction.

Purdue portrayed itself as a trusted ally of doctors and a partner to patients suffering from pain. The investment paid off in terms of booming prescriptions. In addition, the company also won a cadre of allies who jumped to its defense when the abuse of OxyContin publicly exploded in the early 2000s and Purdue came under scrutiny for its aggressive marketing tactics.

At a 2000 meeting of state-level drug regulators, for example, a speaker warned of a coming opioid crisis. But two years later, that same group, which had taken contributions from Purdue, hosted a public relations expert hired by the company to claim that it was the news media that was exaggerating the extent of OxyContin’s abuse.

As part of the 2007 Justice Department settlement, Purdue admitted it had deceived doctors and healthcare professionals by training its sales representatives to misrepresent OxyContin’s potential for abuse and addiction. One might have thought such an admission would have led its medical allies to spurn the company.

Instead, doctors and professional groups continued to take money from Purdue and other opioid producers. I recall one leading pain expert telling me he couldn’t possibly have a financial conflict-of-interest because he took money from every opioid company. Meanwhile, some groups claiming to advocate on behalf of pain patients echoed Purdue’s line that its misdeeds were the result of a few bad actors and that its real interests lay with patient welfare.

It’s long past time for this charade to end. Drug companies such as Purdue don’t give away their money without strings attached, and Purdue’s behavior, as alleged in the secret Justice Department report, exhibited an outrageous contempt for patient and public health.

The ties that bind doctors and medical professionals to the drug industry go far beyond the potential for financial conflicts-of-interest. In the case of the opioid epidemic, pain experts who took money from Purdue also formed deep ideological ties to the company and that made it impossible for them to question its agenda of unbridled opioid prescribing even as the devastating result of such practices became obvious.

Today, the empire built by Purdue has started to crumble. Recently, the company, facing slumping OxyContin sales, in June laid off its entire sales staff. And along with other opioid manufacturers, it faces dozens of lawsuits from states and cities seeking to recover healthcare costs related to the opioid epidemic’s devastating human toll. The state of Massachusetts also recently sued members of the Sackler family.

Opioids have medical value. Still, many experts now believe that most types of pain can be successfully treated with methods popular prior to the advent of the opioid era, such as physical therapy, exercise, behavior modification and non-narcotic drugs.

For decades, Purdue used a cadre of paid medical experts as both a sword and shield to avoid scrutiny and reasonable restrictions on opioid use. But if companies value their employees, if governments want to reduce the number of people addicted to opioids, if doctors want the best for their patients, then a new era of patient treatment needs to begin.

Barry Meier is a Pulitzer Prize-winning former reporter for the New York Times and the author of Pain Killer: An Empire of Deceit and the Origins of America’s Opioid Epidemic. A new edition was published in May.Letter