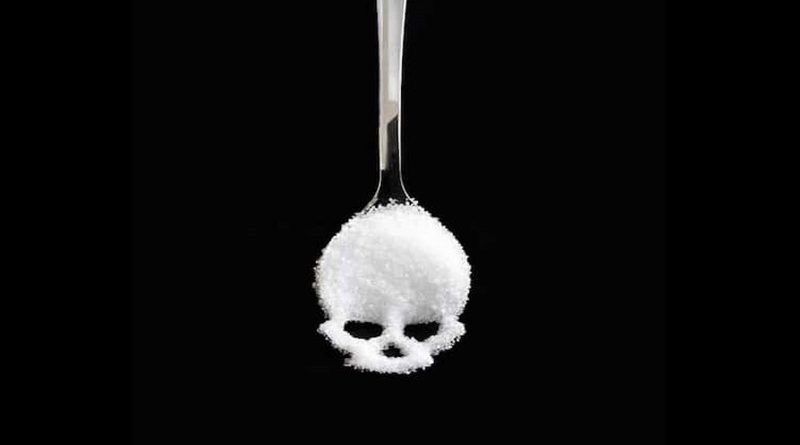 It sounds like a movie plot – men with dubious intentions, a trove of secret documents, and a red herring to distract people from the truth. But unlike cinema, this story is 100% real-like the dangers of sugar that industry execs tried to hide.

Researchers at the University of California San Francisco (UCSF) have uncovered long-hidden truths that manufacturers of sugary foodstuffs would prefer us to ignore. An analysis of internal sugar industry documents has exposed what executives really knew about the health hazards of sugar and their unscrupulous plans to get it down our throats at any cost.

In an article titled “Sugar Industry and Coronary Heart Disease Research: A Historical Analysis of Internal Industry Documents,”[1] authors Stanton Glantz, Laura Schmidt, and Cristin Kearns expose how sugar industry execs buried the truth about the risks of sugar consumption in an effort to push their product on an unsuspecting public.

Authors of the analysis, published in September 2016’s JAMA Internal Medicine, combed public archives to uncover the trove of nearly 1,600 pages of internal sugar industry communications referred to as the “sugar papers.” The documents expose a sinister scheme to boost sales of sugar during a time in our collective history when public health was facing unprecedented risks – risks that spotlighted an increasingly unhealthy American diet.

In the mid-1950s, the medical research community began to link sugar consumption with high blood cholesterol and triglyceride levels – two of the primary risk factors for coronary heart disease (CHD). The sugar papers reveal that executives at Sugar Research Foundation (SRF), an international sugar industry trade organization, were aware of the link between sugar and CHD. Heart disease was the leading cause of death in the United States, a distinction it still holds today,[2] and public concern about preventing CHD was growing.

This dangerous association did not deter SRFs plans to grow nationwide sugar consumption, a harmful mandate that we know in retrospect was staggeringly successful. Since the 1950s, Americans’ sugar intake has increased three-fold. It is estimated that an average American now consumes between 120-170 pounds of sugar each year.[3]

Rewind to the mid-1960s: executives at SRF realized that a strategic PR campaign could give their product the illusion of safety while also boosting sales. They brainstormed a plan to deflect the harms of sugar by shifting blame for increasing rates of cardiovascular disease to saturated fat. In so doing, they effectively turned saturated fat into our nations #1 dietary scapegoat for elevated blood cholesterol and triglycerides.

To accomplish their ends, SRF commissioned a bogus research project from Harvard University School of Public Health Nutrition called Project 226. Published in the esteemed New England Journal of Medicine in 1967, Project 226 was designed to shape not only public opinion regarding the cause of heart disease, but also the dietary recommendations that would be made by the medical science community. By convincing everyone that a low-fat diet was the way to stave-off heart disease, SRF knew that individuals would fill the dietary gap with more sugar.

UCSF’s academic analysis of the sugar papers focuses on communications between two men: Roger Adams, a then-professor of organic chemistry and sugar industry advisor, and D. Mark Hegsted, one of the Harvard researchers who produced Project 226. These communications reveal several interesting facts:

UCSF professor and senior author of the analysis, Stanton A. Glantz, PhD, does not mince words: “There are all kinds of ways that you can…manipulate the outcome of a study, which industry is very well practiced at. He who pays the piper calls the tune.”[4]

Thanks in large part to the success of SRF’s saturated fat campaign, sugar has continued its ascent into dietary dominance. It is one addiction that is literally killing us sweetly. Collectively, Americans eat more sugar than any other nation, consuming in excess of 11 million metric tons of the powdery poison in 2017.[5]

Cardiovascular disease is not the only negative health outcome to stem from a high-sugar, low-fat diet. Dr. Robert Lustig, an endocrinologist from California who gained national attention after his lecture, “Sugar: The Bitter Truth” went viral in 2009, has shown how excessive sugar consumption plays a key role in the development of obesity, type II diabetes, hypertension, and many types of cancer. His research has led him to conclude that 75% of all diseases in America are caused by lifestyle choices and are, in fact, entirely preventable.

Perhaps the most shocking truth that the sugar papers reveal is the ease with which medical research standards can be violated and the public trust betrayed. The authors of this analysis stated when speaking about their research, that it demonstrates the need for a more transparent scientific process.

The authors emphasize the importance of ensuring that scientific reviews remain free from conflicts of interest, and that financial disclosure be mandated in nutrition science. Co-author Laura Schmidt, PhD, comments to the fact that nutrition science was set-back by the ruse of saturated fat, and health policy must now play catch-up to reflect the dangers of sugar consumption.

“There is now a considerable body of evidence linking added sugars to hypertension and cardiovascular disease, which is the No. 1 cause of premature death in the developed world,” Schmidt said. “Yet, health policy documents are still inconsistent in citing heart disease risk as a health consequence of added sugars consumption.” [6]

The researchers were inspired to continue pursuing the truth behind the sugar industry’s influence on the scientific agenda thanks to the results of a previous analysis. Published in the March 2015 journal, PLOS Medicine, Kearns, Glantz, and Schmidt called-out Big Sugar’s interference with the 1971 National Caries Program (NCP), designed to eradicate the growing problem of tooth decay in the nation.

In the early 1970s, it was becoming clear to medical science that sugar consumption was a direct contributor to the development of tooth decay, or dental caries. The NCP, sponsored by the National Institute of Dental Research (NIDR), started out as a scientific initiative to prevent tooth decay, but sugar industry influence altered the program’s priorities.

The UCSF analysis of industry documents between beet and cane sugar executives and NIDR officials reveals that dental health policy in the 1970s was effectively altered by the undue influence of the sugar industry. Rather than emphasizing prevention through adoption of a low-sugar diet, research was pointed towards identifying interventions to be applied instead. Don’t prevent tooth decay; treat it with a vaccine – one of several dead-end applications that were tested and abandoned.

In tactics that were similar to SRF’s manipulation of heart disease prevention priorities, sugar industry insiders contributed nearly 80% of the adopted suggestions for where research in the National Caries Prevention program would ultimately focus. The authors call the NCP “a missed opportunity” to contribute valuable science on the effect of minimizing sugar consumption on dental caries. The corruption they uncovered is a “historical example [that] illustrates how industry protects itself from potentially damaging research.”

The GMI Research Group (GMIRG) is dedicated to investigating the most important health and environmental issues of the day.  Special emphasis will be placed on environmental health.  Our focused and deep research will explore the many ways in which the present condition of the human body directly reflects the true state of the ambient environment.

Disclaimer: This article is not intended to provide medical advice, diagnosis or treatment. Views expressed here do not necessarily reflect those of WakingTimes or its staff.