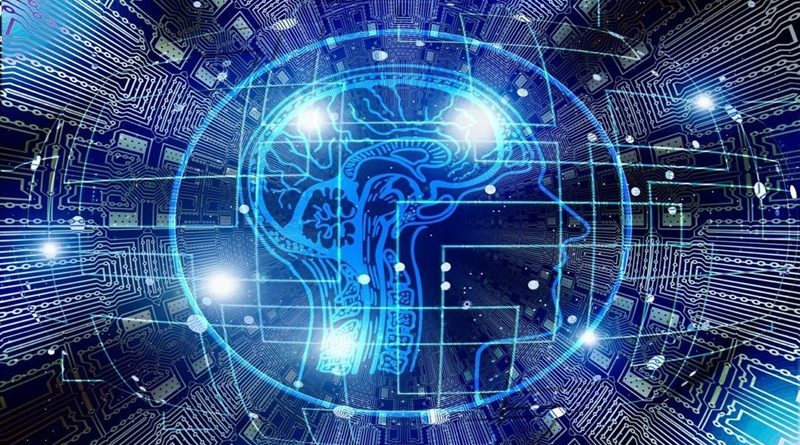 The Dangers of Government-Funded Artificial Intelligence

Artificial Intelligence is widely seen as a strategic technology and has thus engendered national development plans from countries across the globe to promote its progress. For quite some time, the United States has been conspicuously on the sideline. The American AI research community has, by and large, bemoaned the lack of Federal leadership in this space with many calling for a Kennedy-esque “moonshot” plan to come out of Washington to cement American leadership in the AI space. This past month, the Trump White House released the Executive Order on Maintaining American Leadership in Artificial Intelligence to provide direction and support for technological advancement in this space.

The response to the EO from the research community has been muted at best. Far from receiving the requested moonshot with the requisite funding and supporting agencies, this EO mostly lays out principles for AI development to be followed by Federal departments. It directs agencies towards prioritization of AI by using existing funds and to seek out collaboration efforts. Further, it directs the National Science and Technology Council Select Committee on Artificial Intelligence (among other agencies) to draw up plans and coordinate efforts among Federal agencies to develop grants, project proposals, and reports to be written on areas of development and collaboration within the next 180 days. Beyond that, there is very little concrete action laid out in the EO, which is why it has been criticized so heavily by those in the research community.

In truth, however, even this limited EO goes much too far.

Yes, AI has been hailed as a transformative family of technologies  that will bring about a radically improved standard of living for people around the globe. On the other hand, there are numerous potential uses of this technology to inflict incredible harm on individuals, and the risk of abuse becomes greater the more AI research is funded or directed by government agencies. Malinvestment (or “malscience,” in this case) is encouraged by political funding of R&D, and the Pentagon has explicitly stated they seek to use this technology in military applications. Rather than not going far enough, Trump’s Executive Order has already gone too far by explicitly bringing this technology into the political realm because the state is simply too dangerous to grant a leading role in AI development.

The obvious backdrop to Trump’s new executive order is the plethora of articles and reports coming out of China regarding the Chinese Communist Party’s (CCP) high-profile investments and multi-year plans to AI dominance. Most notable is China’s New Generation Artificial Intelligence Development Plan (AIDP) released in July 2017 which makes the technology a key priority for government funding.

Citing challenges from an aging population, environmental concerns, and economic growth, the report sees AI as a technology which, “brings new opportunities for social construction.” The report then lays out milestones over the next few years: by 2020 they will be on par with the global leaders in AI development with; 2025 plans to see Chinese companies achieving their own innovative breakthroughs in algorithmic development; 2030 they plan to be the undisputed leader in AI technology. Each milestone contains targets for the core industry and the supporting businesses that comprise the wider, industrial AI ecosystem.

On top of the proposed industrial targets, the Chinese plan lays out a series of research areas such as swarm intelligence, virtual and augmented reality, security, natural language processing, AI hardware and infrastructure among others to focus their efforts on.

The Chinese plan is widely seen as the gold standard in national AI plans; it is comprehensive, lays out specific targets, and discusses ways to accelerate adoption including by forcing enterprises and cities to adopt the technology. Moreover, resources have already been allocated to achieving these goals such as the $15.7 fund earmarked by the city of Tianjin to develop AI and the $500 million lead Chinese AI startups  have over US-based startups in receiving VC funding. China’s AI plan and the top-down approach the CCP is pursuing is a major reason why Kai-Fu Lu’s recent book, AI Superpowers: China, Silicon Valley and the New World Order, sees China steam rolling to success on the global stage.

The calls for more government funding by AI researchers, however, appear to lack historical perspective. Federal funding of AI projects is hardly anything new. The Advanced Research Projects Agency (now known as DARPA) provided $2.2 million grants (equivalent to $18.2 million in 2019) to MIT, Carnegie Mellon University, and Stanford University in 1963.1 These institutions became the pioneers of AI research and had great, early success with new models such as an early precursor to today’s artificial neural networks called the perceptron. Additional optimism came from success in translating Russian to English via machine translation. However, the early optimism of AI dried up quickly when, in 1966, it was reported that machine translation was incapable of sufficiently capturing the nuances of Russian.2 Second, Marvin Minksy’s book Perceptronsproved that these simple, early models were incapable of learning very much at all. This killed research into neural networks for the next decade. The vast majority of funding was government related, and once it was pulled, plunged the field into the first AI winter.

A resurgence came later in the 1980s as companies in the US, Britain, and Japan began to invest in expert systems – rule-based programs that are a precursor to today’s Robotic Process Automation (RPA) movement. This led to a rise in AI labs throughout many companies which were able to automate many simple decisions and reap the rewards associated with greater efficiency. Although the private AI market grew to roughly $1 billion by the end of the decade, these systems were shown to be brittle and unable to extend to more challenging domains.

In 1982, the Japanese Ministry of International Trade and Industry funded and established the Fifth Generation Computer Systems  based on a 10-year plan to develop new computer systems and set Japan as the international leader. This spawned a series of international competitors and plans to stay ahead of the Japanese most notably the European Strategic Program on Research and Information Technology, the Strategic Computing Initiative and Microelectronics and Computer Technology Corporation in the US. The Japanese project failed to deliver on its lofty goals of developing a new computing system as it was overtaken by Sun Systems and Intel despite over $400 billion in funding ($730 billion in 2019).

The Fifth Generation’s competing projects ended in similar results. For example, the Strategic Computing Initiative spent $1 billion from 1983-1993 ($2.2 billion in 2019) to achieve machine intelligence.3 Although there were some successful spin-off projects (e.g. Carnegie Mellon’s Navlab), the Initiative itself was a failure and was a major contributor to the second AI winter when it collapsed.

If only inefficiency was the only concern of large-scale, government funded AI research! Unfortunately, the White House, Pentagon, Congress, and others have indicated that they have much more destructive ends in mind.

Trump’s Executive Order refers to AI in the context of “national security” nearly a dozen times. The day after the Executive Order was released, the Pentagon released its AI strategy document calling for rapid AI adoption throughout all aspects of the military. The Pentagon had previously contracted with Google to develop Project Maven, a computer vision system to assist object recognition for drone warfare. Google agreed not to renew the contract after dozens of employees resigned in protest and thousands more petitioned the company to refrain from developing weaponized AI tools. This led to Google restricting its defense work, but military projects are still permitted.

Despite the push back that Google has received, other big tech companies such as Microsoft, Amazon, and IBM continue to engage in work supporting the weaponization of AI with the Pentagon. These companies too have had to deal with internal discontent and have resorted to moving employees to different projects when they object. Despite the internal challenges, Amazon continues to work with the government on controversial facial recognition programs and Microsoft has continued with a cloud-computing project known as JEDI.

For now, the Pentagon has been unable to attract the talent required to develop AI technologies internally and thus has had to resort to partnering with the likes of the big tech firms. In China, the funding and control of these companies is linked directly to the CCP, which has given rise to the Sesame Credit system. At the risk of sounding cliche, Sesame Credit is an Orwellian system of social control predicated on the complicity of big tech companies and AI to track the citizenry’s purchases and behaviors, incentivizing them to behave in party-approved ways and punishing them when they veer away. Punishments include restrictions on travel, loans, housing, business, and banking. The official goal of the program is to encompass all citizens and, “allow the trustworthy to roam everywhere under heaven, while making it hard for the discredited to take a single step.”

Perhaps most insidiously, it encourages social ostracization by reducing your score based on the score of those in your network. Thus you are encouraged to drop friends and family from your life if they aren’t behaving in a party-approved manner.

While the US is not China, we are living in a world where the NSA has obliterated 4th Amendment rights and where US presidents assert the legal authority to kill US citizens without charges or a trial. A national AI strategy that further links the US government with the tech companies and researchers puts us one step closer to China, but not as a leader in AI, rather as a country that leverages this technology to suppress people. One can only hope that backlash associated with Project Maven grows with respect to other Pentagon projects leaving the Department of Defense without the capabilities to weaponize AI as they seek.

Christian Hubbs is a PhD candidate at Carnegie Mellon University working in machine learning and optimization. He blogs at datahubbs.com and co-hosts a podcast at artificiallyintelligent.tech.

This article was sourced from Mises.org