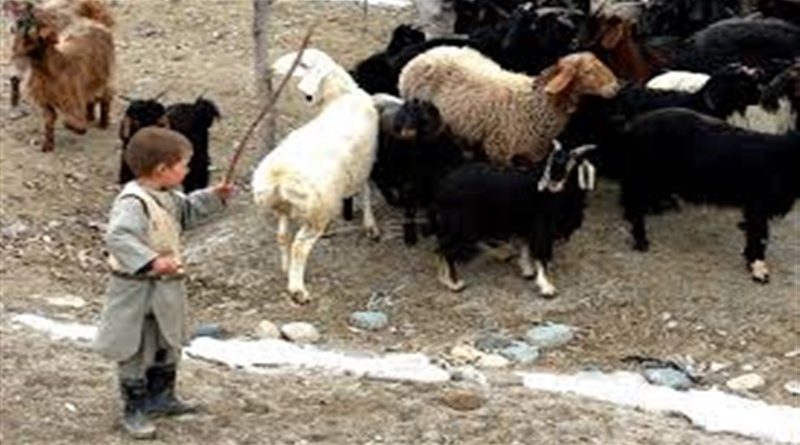 The Media That Cried Wolf

“The Boy Who Cried Wolf” is one of many of Aesop’s fables. A shepherd boy tricks villagers into thinking a wolf is attacking his flock of sheep. The villagers run up the hill breathlessly only to find no wolf and the boy laughing at their frustration. After repeating this folly several times, a real wolf approaches his flock. When he cries for help, the villagers assume it’s another prank, ignore his pleas and the flock of sheep is scattered and lost.

The moral is that nobody believes a liar, even when he is telling the truth.
How is a twenty-five-hundred-year-old story relevant today? Let’s rewrite the fable bringing it up to date. The shepherd boy today is the collection of social justice warriors throughout the media, academia, and entertainment worlds, basically the core of the modern Democrat Party.

The sheep are basic morals and goodness in society, not hating, not discriminating. The wolf is the specter of intolerance, racism, bigotry, discrimination and hate. The villagers are law enforcement, local police and the FBI, ready to respond to allegations of hate crimes, often neglecting their myriad other duties and obligations. The villagers are also ordinary Americans, honorable and decent, living their lives. Not always agreeing with what they see going around them, but accepting the differences with only a simple desire to be left alone. To live, believe, worship and conduct their lives in accordance with their values and morals.

In recent years, the shepherd boy has been crying wolf, especially in the days following Donald Trump’s election. On these pages, a few days ago, Rick Moran reviewed a number of hate crimes which turned out to be hoaxes. Let’s look at a few of these.

An all-black church in Mississippi was set ablaze with pro-Trump graffiti scrawled on the walls. Immediately labeled as a hate crime and promoted in the media as such, it’s instead someone crying wolf. A black church member was responsible for the fire and slurs, not the KKK, not white supremacists, not Trump supporters.

A University of Michigan student cried wolf over a man threatening to burn her hijab. Turns out she made up the story, not discovered until after law enforcement investigated and social justice warriors ran up the hill expecting to find a wolf. Instead they found a Muslim student enjoying her moment of national attention, before being charged with false claims.

Another student at Baruch College in New York claimed that three drunken men verbally assaulted her with anti-Muslim insults on a NY subway. According to the student, the men called her a terrorist and were yelling Trump’s name. It turns out she cried wolf, making up the story, and is now facing criminal charges, but not before wasting the time of law enforcement. The social justice warriors who ran to her defense happily blamed Trump and his supporters.

Many of these fake hate crimes occurred before Trump’s election. Only now, post-election, are they increasing in an effort to delegitimize Trump’s presidency and his supporters.

In 2014, a black Virginia church pastor set fire to his own home and spray painted racial slurs, then made false statements to the FBI alleging a hate crime. Turned out he too was crying wolf.

Two lesbian women in Colorado, in 2012, claimed that “Kill the Gay” was spray-painted on their garage door and a noose was hung on their front door. The FBI got involved as it was an alleged hate crime, but upon investigation, was determined to be a hoax, the two women crying wolf.

Crying wolf is not restricted to hate crimes, but applies to news in general. Who can forget these false narratives perpetuated by the media and their Democrat allies? “Hands up don’t shoot”. “I can’t breathe”. “White Hispanic”. The Benghazi video causing the embassy attack. The University of Virginia rape case. The Duke lacrosse team. Global warming. And so on.

All examples of the media and the left crying wolf, only to waste already stretched and limited law enforcement resources chasing bogus allegations. Squandering too the sympathies of ordinary Americans, incensed over true hate and injustice, but increasingly annoyed at being played for fools over fake news and fabricated crimes.

Big media prefers to run with any story that fits their narrative, jumping to conclusions rather than investigating as a journalist should. The narrative being that Trump and his supporters are racist, sexist bigots who hate anything and anyone not white American. Any event fitting this storyline is de facto true and presented as such. When the villagers run up the hill to help the boy crying wolf, there is no wolf, only the social justice warriors laughing and feeling justified because the story could and should be true.

The moral of Aesop’s fable is that habitual liars are not believed, even when they are telling the truth. Americans are tuning out the news and parade of supposed hate crimes. There will come a time when real outrage is warranted but America will simply yawn and say “here we go again”.