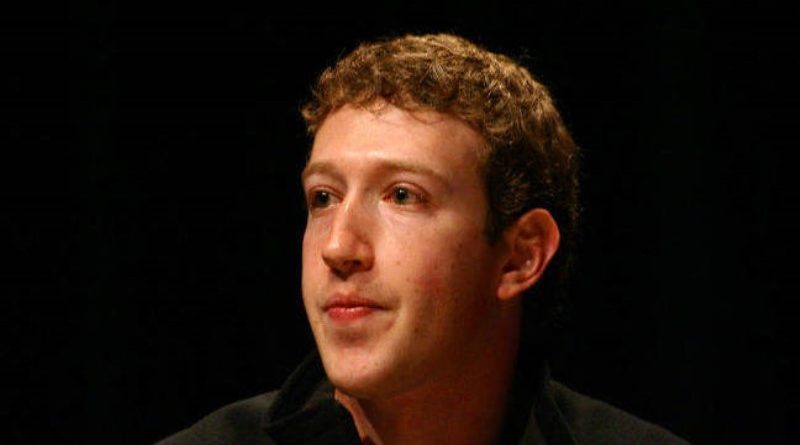 He’s got his reasons, but they all suck. And will accelerate Facebook’s decline as a destination in cyberspace.

The important thing is that Mark Zuckerberg, the founder and CEO of Facebook, is explicitly calling for government regulation of specifically political speech on his platform and beyond. In his quest to limit expression on social media, Zuckerberg is joined not only by progressive Democrats such as Sen. Elizabeth Warren (D-Mass.) but conservative Republicans such as Sen. Ted Cruz (R-Texas) and Sen. Josh Hawley (R-Mo.), who are calling for the equivalent of a Fairness Doctrine for Twitter and similar services.

For those of us who believe in freedom of expression, this is a revolting development. The internet, once championed as an unprecedented engine for free speech of all sorts, is slowly but surely being locked down like a state-owned TV station in Venezuela.

Last week, Zuckerberg took to the pages of The Washington Post to declare, “I believe we need a more active role for governments and regulators” on his platform and other forms of social media to prevent unspecified social harms. That op-ed echoed thoughts he aired a year ago, shortly before giving congressional testimony in which he said he welcomed regulation and would even help lawmakers write it. “I think the question is more what is the right regulation rather than ‘yes or no should we be regulated,'” he said back then. When grilled by Congress last spring, he acknowledged an uncomfortable truth about mandated filtering and censoring: “When you add more rules that companies need to follow, that’s something that larger companies like ours just has the resources to go do and it just might be harder for a smaller company just getting started to comply with.” Both he and our elected leaders seemed just fine with that.

Yesterday, in an interview with ABC News‘ George Stephanopoulous, Zuckerberg said that it shouldn’t simply be up to Facebook and other private companies to set and enforce their own rules for participants, especially when it came to political speech. Instead, he claimed that Facebook and other services are now “the digital equivalent of the town square,” which invites government regulation and censorship of speech (more on that in a moment). From his colloquy with Stephanopoulos:

STEPHANOPOULOS: Does [political speech or advertising] have to say, “Vote for,” or, “Vote against,” for example…

ZUCKERBERG: Well, yeah. That’s exactly right. All of the laws around political advertising today primarily focus on a candidate and an election, right, so, “Vote for this candidate in this election.” But that’s not, primarily, what we saw Russia trying to do and other folks who were trying to interfere in elections. And what we saw them doing was talking about divisive political issues. They’d run, simultaneously, different campaigns on social media trying to argue for immigration or against immigration. And the goal wasn’t, actually, to advance the issue forward. It was just to rile people up and be divisive. But the current laws around what is political advertising don’t consider discussion issues to be political. So that’s just one of the examples of where you know, it’s not clear to me, after working on this for a few years now, that we want a private company to be making that kind of a fundamental decision about, you know, what is political speech? And how should that be regulated? (Emphasis added.)

If “we” don’t want a private company to decide what is or is not political speech, it seems even more obvious that we don’t want the government to do so, especially if that means speech can be shut down on the grounds that it traverses campaign-speech laws. It bears underscoring: If the First Amendment protects anything, it’s political speech, however hard that might be to define. Whatever their intentions, campaign-finance laws and other attempts to control political speech are always arbitrary and used to squelch rather than expand political discourse.

Elsewhere in the interview, Zuckerberg talks about increasing the number and quality of various reports about what sort of material gets taken down, whether for fomenting violence, influencing votes, or other reasons. However imperfect such a mechanism might be, that sort of attempt at transparency is a far less-destructive way to give users context and information than applying prior restraint to conversations on Facebook or other platforms by having, as Zuckerberg suggests, oversight boards of “40 people, who are experts on free speech and safety” making binding decisions on what is legitimate content and which is not. Especially if some or all of those censorship boards are dictated or overseen by the government. Facebook’s “walled garden” would be about as freewheeling as a university safe space offering coloring books and squeeze toys to high-strung college kids on Election Night.

Zuckerberg’s enthusiasm for having the government step in right about now is understandable. Since at least the 2016 election, it’s a rare week that doesn’t bring a new story about some privacy breach or major scandal involving Facebook. Unsurprisingly, the service appears to be losing a significant number of users in the United States, and the average age of users is climbing, which doesn’t portend well for its future. Democrats still wrongly blame Facebook for costing Hillary Clinton the election by letting Russian-controlled pages drive down voter turnout while Republicans are, also with zero good evidence, claiming that conservative voices are being suppressed at Facebook and other services such as Twitter. In a move that should freak out anyone remotely interested in limited government, Sen. Hawley of Missouri recently demanded that Twitter submit to a third-party investigation to see if it was suspending more right-wing than left-wing users. In most commercial sectors, that sort of bipartisan Malachi Crunch, combined with market-share concerns, leads inexorably for to calls for regulation by companies worried about declining revenue and position. That such calls are made in the name of the public good only makes them

But Zuckerberg is ultimately being shortsighted, especially when he claims that Facebook and other social media platforms are actually functioning as “the digital equivalent of the town square.” Up until now, the courts have ruled that in fact social media platforms are more like shopping malls. That is, they are private spaces that don’t have to allow for freedom of speech the same way that an actual town square does. In a case decided late last year, a U.S. District Court ruled that YouTube, owned by Google, had every right to decide what sort of videos appeared on its service and whether they could be monetized or not. The plaintiff in that case, the conservative video producer Prager University, argued that YouTube and other services were effectively public spaces that should have to abide by broader First Amendment guarantees. Which is exactly how Zuckerberg is now characterizing Facebook—as a “town square.” Inviting government oversight into his business might help lock in Facebook’s dominant market position for a few years—remember, he’s willing to help them write the regulations!—but ultimately that sort of collaboration merely forestalls a business’s decline, it doesn’t eliminate it.

More importantly, producing more and more rules that allow for more restrictions on speech for an endlessly proliferating number of reasons will hasten Facebook’s value as a place where people can go to share anything more interesting than recipes and death notices. In the name of preserving some vague notion of community, it will create a dessicated space that has less and less value for all of us. That’s not a tragedy, really, as websites come and go (RIP, My Space, et al.).