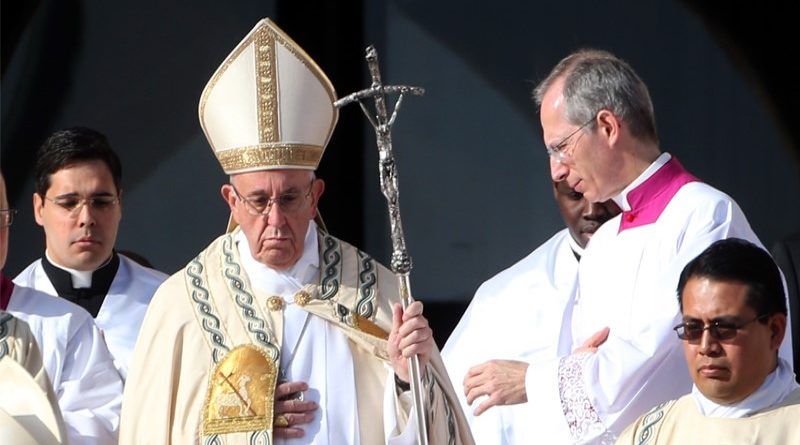 Ego Power and a Pope

Stories related to waves of crusades called by various Popes, ‘To go forth and wrench the Holy Lands from heretical Moors’ are ingrained in our culture. However, there is one crusade that has purposely escaped common history because it was the product of greed and ego promoted under the guise of a Roman Church mission to stamp out a heresy.

The Albigensian Crusade was launched by Pope Innocent III in 1209 C. E. against the population of Languedoc, a southern slice of France bordering the Mediterranean Sea. The obvious reason for this crusade was a fit of spite because the Albigensians (Cathars) would not make financial contributions to the Pope nor kiss his ring.

The land of Languedoc has an almost musical sounding name once inhabited by an unusual mix of people, who are remembered by an equally unusual history. In this particular instance when referring to Languedoc the substance of its history amounts to a compilation of stories based on few facts and a large measure of conjecture.

Before recounting historical stories relative to Langudoc, a few conditions, of doubtful facts, need considering. Most of the material supporting this work was drawn from shelves stacked with mythical and romance writings, whose veracity is tinged with the usual fog associated with most myths.

Condition One. The mythic history of Languedoc abounds with legends of the Holy Grail and associated Grail Romances.

Condition Two. What exactly is the Holy Grail? Tapping into one of the prevailing cultural idioms, the Holy Grail is the challis Jesus drank from during the Last Supper and later incorporated into the Roman Church’s Eucharist doctrine; when consecrated by the officiating priest, wine contained in the vessel is transformed into the blood of Jesus.

Condition Three. Early manuscripts refer to the Grail as Sangrall or Sangreal, and when subjected to inventive wordplay becomes Royal Blood. Next question, Who’s blood? After some additional word iterations it becomes, Royal Blood from the bloodline of Jesus.

Condition Four. If Jesus has a bloodline, it follows Jesus must have produced a child, ergo sum Jesus was married, with sufficient consensus pointing to his wife being Mary Magdalene.

Condition Five. Mixed within the Grail Mysteries are two major actors: A number of Holy Crusades to win back the Holy Land and the Knights Templar. Various crusades and Knights Templar are recognized at this time as being important to the big picture; but because both hold a substantial wealth of associated historical material space does not allow discussion.

Keeping in mind the five conditions, a quick overview of the internal happenings within early Languedoc is in order, especially why Languedoc evolved apart from its Northern European cousins.

Following the crucifixion, a pregnant Magdalene and a few close friends slipped away from Judea, crossed the Mediterranean Sea and settled in a land bordering the Mediterranean Sea, near Marseilles, that later become the lower section of France,. At the time in question this area was

With access to the Mediterranean, the Albigensians were in contact with people from different cultures and religions offering advanced learning and ideas, resulting in Albigensians being five hundred years ahead of the Dark Age culture across Northern Europe, dominated by the Roman Church. The Albigensians enjoyed a hassle-free rich mix of literature, science, mathematics and metaphysics, from which the Grail legends were conceived, grew and spread.

The Grail Legend first found voice in the compositions of Wolfram Von Eschenbach and Richard Wagner, going on to become incorporated into Arthurian Legions and myths composed by a wide collection of authors.

Because the substance for launching this crusade relates to the ego and greed of a pope, it has been bypassed by history other than for a short byline holding an answer given to a particular question asked by an unnamed person. At the beginning of the crusade the following question asked of the Papal legate, a Cistercian abbot, Arnaud Amalric. “Not all the Albigensians are heretics, so how will we recognize those who are true to the church?” The answer, “Kill them all, God with sort out his own.”

The first bloody phase of Albigensians Crusade lasted twenty-years and then lingered on for another sixty years. In those days it didn’t pay for an individual or principality to not kiss the Pope’s ring.