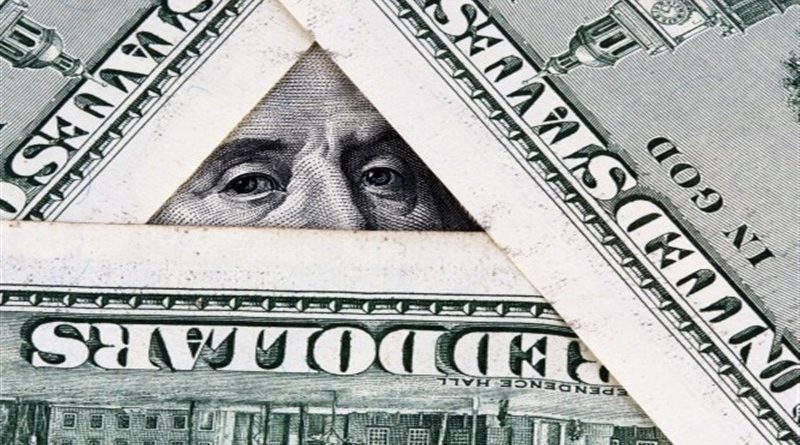 A BRIEF HISTORY OF THE FEDERAL RESERVE

“Most Americans have no real understanding of the operation of the international money lenders…The accounts of the Federal Reserve System have never been audited. It operates outside the control of Congress and…manipulates the credit of the United States.” — Senator Barry Goldwater

The Federal Reserve is an independent, privately owned institution that has no relation to the United States Federal Government in which it operates. It is revealing to note that its own existence, if we are to consider the Constitution of the United States the absolute law of the land, is constitutionally illegal.

Consider Article 1, Section 8 of the Constitution: “The Congress shall have Power…To coin Money, regulate the Value thereof, and of foreign Coin, and fix the Standard of Weights and Measures”.

Consider also Article 1, Section 10 of the Constitution: “No State shall…make any Thing but gold and silver Coin a Tender in Payment of Debts”.

With these two constitutional laws having never been amended (the Constitution can only be amended pursuant to Article V; it cannot be amended by statue), given the language of both sections, we are faced with the inevitable conclusion that the “Federal Reserve Note”, or paper currency, is an illegal instrument of debt. The same conclusion can be reached for the institutions that distribute this instrument of debt.

It is worth noting that the Federal Reserve began with what was known as the Aldrich Plan for banking reform following the financial disaster of 1907. In a secret meeting in 1910 on Jekyll Island off the coast of Georgia, Senator Nelson Aldrich met with Paul Warburg of Kuhn Loeb Investment House, Henry Davison of Morgan Bank, and Frank Vanderlip of National City (Citibank) to discuss the formation of a central bank. These were the beginnings of what would ultimately be the Federal Reserve Act (1913) signed into law by President Woodrow Wilson without being ratified by any state.

The lack of ratification is an enormous cause of concern if we are to believe what we have been told about the legal structure of the Constitutional Republic known as the United States of America.

By the time of 1913, the United States government had already under gone a tremendous transformation with the Act of 1871 (titled “An Act To Provide A Government for the District of Columbia”; “Acts of the Forty-First Congress”, Section 34, Session III, chapters 61 and 62).

This was a strategy by foreign interests with the intent of establishing a new territorial government for the District of Columbia as a separate system of corporate government with state franchises referred to as THE UNITED STATES with the ultimate intent of establishing an independent and privately controlled central bank that would control the currency, and the people, of a nation.

The original Constitution drafted by the Founding Fathers read: “The Constitution for the united states of America”, whereas the new corporate charter read “THE CONSTITUTION OF THE UNITED STATES OF AMERICA”. In legal parlance, the changing of the word “for” to “of” is significant, as is the capitalization of the title in the context of a legal document.

This was an act of treason against the citizens of the United States, for the government to which we are beholden was no longer subject to the consent of the governed, and the UNITED STATES government was effectively transformed into a corporate instrument for the expressed interests of the international bankers, which remains unchanged and unchallenged to this day (UNITED STATES CODE Title 28 3002 (15)(A)(B)(C)). Judge Anna von Reitz from Big Lake Alaska has a wealth of information on corporate government at http://www.annavonreitz.com.

Since the inception of the Federal Reserve, the US Dollar has lost 98% of its value.

Prior to the cessation of minting silver dollars in 1965, one could exchange a single paper dollar for a single silver dollar. Congress had fixed the value of one “dollar” as being equal to 371.25 grains of pure silver. When the Nixon administration had abandoned the gold standard in 1971, paper notes could be printed on demand giving the banking system full control of the inflation or deflation of the currency, enabling unparalleled control over the economic wellbeing of a nation.

With the advancement of technology and the advent of “Fractional Reserve Banking”, banks were now able to electronically create loans out of thin-air by entering numbers into a computer that represent the value of that loan needing only to be back by physical assets that represent only a fraction (7% – 10%) of that loan.

READ: THE DIRTY SECRET ABOUT MONEY THAT IS FINALLY BEING EXPOSED TO THE MASSES

The Federal Reserve has more power than all three branches of the United States Federal Government and all 50 states combined. From this central bank come economic terms tied to currency, debt and interest that are dictated to a citizenry in ways that are not always aligned with their wellbeing.

Consider the deregulation of banks and the machinations by the banks that would result in the 2008 financial crises. Many great and wonderful hardworking citizens of the United States were ultimately punished by the banks who were responsible for the crises. To add insult to injury, the United States government turned its back on the citizenry and proceeded to bailout the banks with trillions of tax payer dollars in the midst of foreclosures and bankruptcies for everyone else.

One of the questions we as citizens of the United States must ask ourselves is: why in a system of government created with checks and balances in place to govern for the good of the people does a central bank exist which is not part of that system of government yet all elected officials in the House of Congress, and the Executive sit idly by without the fortitude nor courage to right this egregious violation to how the Constitution of the United States was written by its founding fathers.

“History records that the money changers have used every form of abuse, intrigue, deceit, and violent means possible to maintain their control over governments by controlling money and its issuance.” – James Madison

“This Act establishes the most gigantic trust on earth…When the President signs this Act, the invisible government by the money power, proven to exist by the Money Trust Investigation, will be legalized…The new law will create inflation whenever the trust wants inflation…From now on, depressions will be scientifically created.” – Congressman Charles A. Lindbergh, on the creation of the Federal Reserve System, 1913.

Patrick Herbert is a software engineer, researcher, and writer who currently resides in Texas. He has been through some remarkable metaphysical experiences that led to a spiritual awakening and is actively pursuing ways to help to raise the awareness of others with regards to the elements of what we call the global conspiracy and how it affects all of our lives regardless of political disposition. Visit his website at https://patrickherbert.org/