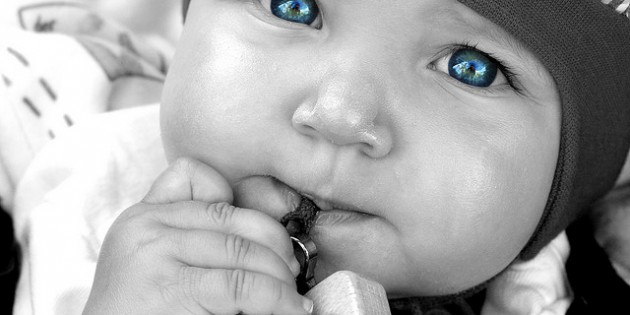 Ten brands of baby wipes produced by the Pennsylvania-based Nutek Disposables, Inc., were recalled on October 25, 2014, following complaints of foul odor and discoloration.

Upon further testing, the baby wipe and adult washcloth manufacturer discovered that some of their products contained Burkholderia cepacia, a species of antibiotic-resistant bacteria frequently found in soil and water, according to the U.S. Centers for Disease Control and Prevention (CDC).

Known for its vinegar-like odor, B. cepacia has emerged as a human respiratory pathogen in people with weakened immune systems or chronic lung disease, especially cystic fibrosis patients.

Pulmonary infections involving these bacteria are capable of causing accelerated decline in lung functions and can induce “cepacia syndrome,” a progressive form of pneumonia that can be fatal and untreatable, according to MicrobeWiki.

“After receiving a small number of complaints of odor and discoloration, Nutek conducted microbial testing that showed the presence of a bacteria, called Burkholderia cepacia (B. cepacia), in some of these products,” according to the company’s press release.

“Soon after, on October 3, 2014 the company initiated a voluntary withdrawal of lots that had tested positive for the bacteria, as well as other baby wipes in the surrounding time frame. After some additional lots were tested, as a precautionary measure, Nutek believed it was a prudent decision to withdraw all its baby wipe products.”

The following brands are included in the nationwide recall:

The baby wipe brands are sold at a variety of retailers including Walgreen’s, Family Dollar, Sam’s Club and internet retailer Diapers.com. Reports confirm that some of the packages distributed prior to October 21, 2014, contained B. cepacia, prompting the company to halt shipping of all baby wipes produced at the facility.

Before October 3, Nutek Disposables says they only received one report of irritation; however, many more complaints emerged following the recall announcement.

Consumers reported side effects including rash, irritation, infections, fever, gastrointestinal issues and respiratory issues; however, these reports “have not been confirmed to be related to the use of these products,” according to Nutek officials.

The U.S Food and Drug Administration (FDA) says the company is still unable to determine the cause of the problem but is continuing to investigate, and the administration will work closely with Nutek to communicate the issue with affected retailers and distributors.

“Nutek takes the safety of consumers and the quality of its products very seriously and is taking all appropriate steps to address the issue and ensure this does not happen again,” according to the FDA.gov.

“Consumers who have purchased this product can return it to the place of purchase for a full refund,” or contact the company with questions at 1-855-646-4351 Monday through Friday 10 AM – 4 PM EST.

This isn’t the first time a personal care product has been contaminated with B. cepacia. In 2005, the CDC learned that several states had clusters of pneumonia and other infections caused by the bacteria, which ended up being connected to contaminated mouthwash.

Over-the-counter nasal spray was linked to B. cepacia infections in 2004, while that same year medical equipment and solutions used for intensive care unit patients were associated with the gram-negative bacteria.

The antibiotic-resistant bacteria can be transferred by direct contact with contaminated surfaces, exposure to B. cepacia in the environment and through person-to-person contact, according to the CDC.

Good hand hygiene and infection-control practices are recommended for successfully preventing infection from this bacterium.