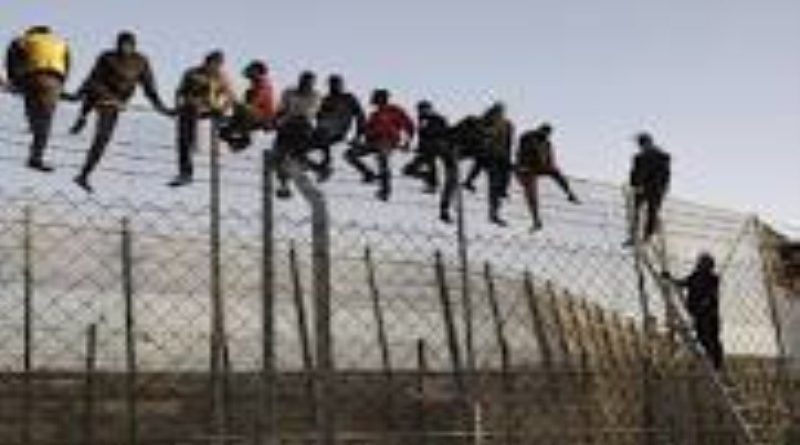 Guess Which Government Creates the Most Refugees in the World?

New statistics released last month by the UNHCR (United Nations High Commission for Refugees) reveal a disturbing trend. The world now has the most refugees ever. At the end of 2018, there were a total of 70.8 million refugees, asylum-seekers and internally displaced people – including 13.6 million newly displaced people in 2018 alone. With all the tension around the topic of immigration in first world nations, you would think that the governments of those countries would be careful not to cause situations which would lead to more migration. You would think that they’d be careful not to enact policies which could potentially cause more refugees, especially if those refugees then look to emigrate to the country making those policies (blowback). But consistency has never been a strong point of US foreign policy.

What the UN Report Didn’t Tell You

The UN Report Global Trends Forced Displacement in 2018 is full of stats, but it doesn’t really tell you the reason for those stats. You can learn about the what but not the why. In the image above, taken from the report, we learn the top 5 nations from which people are fleeing. But why? The UN says it is due to conflict; to put it more bluntly, from war. So who’s initiating these wars?

US Wars and Regime Change Operations Causing Most Refugees Ever

Out of these top 5 nations, the US has invaded and/or occupied 4 of them: Syria, Afghanistan, South Sudan and Somalia. Afghanistan has become infamous for US military waste (it was reported in 2013that the US Army was to leave $7 billion in equipment behind there), not to mention brutality and ineffectiveness. The Taliban now control more territory than they did in 2011 when the US first invaded. The war in Syria has dragged on for years, becoming something of a stalemate, although at one point Russia helped the Syrian Government by getting rid of a lot of ISIS soldiers (since the US was unwilling to truly take on its own proxy army). All this took – and continues to take – a great toll on the Syrian people, many of whom became homeless in their own country and fled. Some people may not be aware of the US troop presence in South Sudan, but they’ve been there since before the country split into two. See the article How the United States Kept Arms Flowing into South Sudan for a very brief background to US intervention in Sudan. As for Somalia, the US entered in 1992 (part of a UN ‘peacekeeping’ force) for the purposes of humanitarian aid (‘humanitarian intervention’). In 1993, elite US special operations forces conducted a failed raid (leading to the deaths of 18 American troops). President Clinton pulled them out afterwards. The US military returned to Somalia in 2013, when they sent a small number of advisers to Mogadishu to help African Union troops.

The US in Myanmar

The only one the US Military hasn’t invaded (yet) is Myanmar, probably because it’s so close to China, another giant Empire and Superpower on the rise. However, there is more to the story in Myanmar than the public relations narrative that poor Rohingya Muslims are being chased out of the country by militant Buddhists. As I covered in the article Radical Islamic Terrorists: The Best Bad Guys Money Can Buy, the US and Saudi Arabia (and Israel too) are behind the funding of radical Islamic terrorism all around the world. There is evidence of US-Saudi interference in Myanmar, inciting jihad to hinder China’s geopolitical projects in Asia, notably the BRI (Belt and Road Initiative), the ‘New Silk Road’ joining Asia and Europe by rail and seafaring lines.

What About Venezuela? Didn’t a Lot of People Flee the Bolivarian Republic?

Yes they did. The US has been targeting Venezuela for awhile, especially from 2002 onwards, the year of the failed coup against Chavez. US neocons and hawks ramped up regime change operations significantly at the start of this year 2019 when they began promoting their stooge Guaido and trying to claim this puppet of a man was the legitimate president! Venezuela only has around 32 million people, and a shocking 2.6 million have fled (mostly to Columbia) – the most refugees by far in the history of the Bolivarian Republic. Some of this is undoubtedly due to internal mismanagement and corruption by the Madruo Administration, but a large part is due to aggressive US sacntions, economic warfare and attempts to overthrow the legitimately elected government there.

Alfred de Zayas (a former secretary on the UN Human Rights Council and an expert in international law) wrote a report for the UN in September 2018. In it, he laid out why, to put it bluntly, “sanctions kill.” He wrote:

“The effects of sanctions imposed by Presidents Obama and Trump80and unilateral measures by Canada and the European Union havedirectly and indirectly aggravated the shortages in medicines such as insulin and anti-retroviral drugs. To the extent that economic sanctions have caused delays in distribution and thus contributed to many deaths, sanctions contravene the human rights obligations of the countries imposing them.”

Sanctions tend to become a collective punishment which affect the poorest people in society the most. Sanctions provably lead to sickness and death through food and medicine shortages. There are many heartbreaking stories of Venezuelans who have had to leaves their homes, property and ancestral lands due to food and medicine shortages. For more background, you can watch this brief report by the Real News Network Sanctions Block Medicine from Venezuela, Killing Thousands.

Most Refugees Ever: A Quick Summary of the Stats

Here are some quotes and images with the official statistics from the UNCHR report: