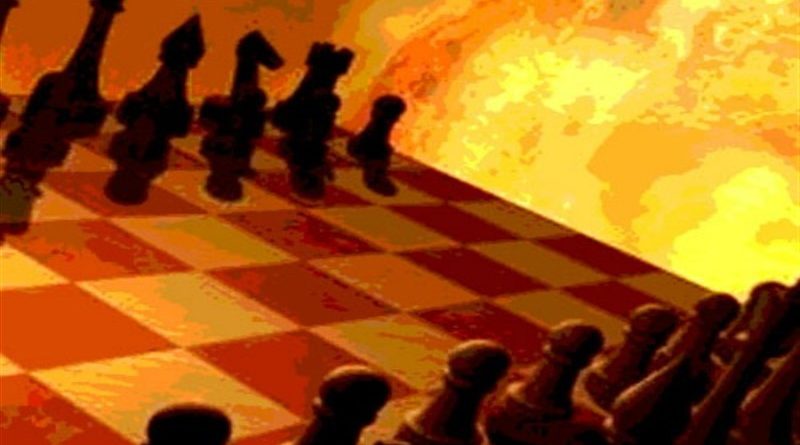 US Empire: The Reality of the Greater United States

The US Empire or Greater United States has numerous client/vassal states, 1000+ military bases & an extensive ability to project influence around the world.

is not a term you will commonly hear when people refer to the United States of America. Nor is the Greater United States, American Empire or even just Empire. There is something of a taboo quality to using the word empire to refer to the US. Yet, that is precisely what it is. With numerous territories and land acquisitions, around 1000+ military bases worldwide and the ability to project its power to influence and coerce foreign territories and nations, the USA is the biggest empire the world has ever known. Countless foreign nations, victims of US aggression and invasion, have denounced the US for its imperialism, a word with the same etymological root as empire. So why is it so strange to describe it as the US Empire?

USA: From Republic to Empire

It is a telling example that the American experiment in self-governance has turned out like this. What began as an attempt to set up one of the most limited, constrained and decentralized governments ever has transmogrified into a sprawling empire whose breadth, power and influence is unprecedented in world history. Those who believe humanity should run society without government (anarchists) based only on voluntary cooperation (voluntaryists) point to the results of the American experiment as proof that government by its very nature grows out of control. The results, they say, show that no matter what limits you attempt to put on government, they can always be undone, because politicians can simply change laws and find way to bypass constitutions once they are in power. For one example of many, look at how the US bypassed many privacy and surveillance laws in the Bill of Rights by dreaming up a new idea (terrorism), defining it in law (first international terrorists, then domestic terrorists), changing the definition to describe their political enemies (gun carriers, conspiracy theorists), then applying that by name-calling its citizens. Suddenly, the usual rules don’t apply when terrorism and the fake war on terror are invoked. All of this is gives credence to the idea that no government is better than small government in the anarchy vs minarchy debate.

Right from the start, the US has always looked west. The original 13 colonies soon expanded. Just to name a few highlights, the US Republic bought Louisiana from the French in 1803, annexed Texas in 1845 and took California away from Mexico in 1848 (at the conclusion of the Mexican-American War). The US then expanded further, such that it then had a mainland of 48 contiguous states and territory beyond that. It bought Alaska from Russia in 1867 and it conquered Hawaii in 1893 after a coup by a small group of rich landowners put a gun to the head of Hawaiian Queen Liliuokalani. A watershed moment in the history of the US Empire, and its land and territory acquisition, came in 1898. At that time, the Spanish colonial Empire was falling, and Spain was having problems quelling dissent in its colonies such as Cuba. Through a false flag operation revolving around the USS Maine, the USA entered the conflict (named the Spanish-American War), defeated Spain and established itself as a new colonial and imperial power. While it was at it, it either purchased or annexed the Philippines, Puerto Rico, Guam, American Samoa and Wake Island. Thus, by end of the 19th century, the US had already transformed itself into the US Empire. In this video and in his book, Daniel Immerwahr makes the point that around this time, Americans began to redraw their maps and take pride in their new status; however later on, they sought more to play down and hide their power, figuring it would serve them better to keep it concealed. At one point in the video clip, Immerwahr tells the story of an American GI soldier in the Philippines during WW2, who was told by a Filipino that the US had colonized the Philippines, but didn’t realize it. “What?” he said, thinking he was fighting in a foreign country not on US territory, “We colonized you?”

Fast forward around 120 years, and just look at the state of affairs. The US emerged as the sole world superpower after WW2, but unlike the British Empire, it decided not to outright conquer or annex territory, but rather to build military installations on virtually every continent. The US hides the official number of its military bases so as to conceal the true extent of its imperial reach, however based on the research of people like Chalmers Johnson and Nick Turse, we know that it is at least 1000 bases, and quite probably more. Johnson died in 2010, but in a talk now removed from YouTube claims that in 2004, the Pentagon’s official number was 725 (as published in the Base Structure Report). However, he acknowledged that the Pentagon disguised many of its bases and had 300+ unacknowledged ones. Turse has written many articles and books on the topic of US military bases including this 2019 one Bases, Bases, Everwhere … Except in the Pentagon’s Report:

“Officially, the Department of Defense (DoD) maintains 4,775 “sites,” spread across all 50 states, eight U.S. territories, and 45 foreign countries. A total of 514 of these outposts are located overseas, according to the Pentagon’s worldwide property portfolio. Just to start down a long list, these include bases on the Indian Ocean island of Diego Garcia, in Djibouti on the Horn of Africa, as well as in Peru and Portugal, the United Arab Emirates, and the United Kingdom. But the most recent version of that portfolio, issued in early 2018 and known as the Base Structure Report (BSR), doesn’t include any mention of al-Tanf. Or, for that matter, any other base in Syria. Or Iraq. Or Afghanistan. Or Niger. Or Tunisia. Or Cameroon. Or Somalia. Or any number of locales where such military outposts are known to exist and even, unlike in Syria,to be expanding.”

To put this number in perspective, the emerging rivals to the US Empire have barely any foreign military bases: Russia has 21 (according to this source) and China has 2.

Hallmark of the US Empire: The Projection of Power without Annexation of Territory

The rulers of the United States Inc. have done a very good job of concealing the power and reach of the US Empire. Through domestic propaganda, they have obscured the reality of the empire such that not many Americans make the connection. They have also avoided colonizing too many weaker nations, instead preferring to project power without actually annexing land. This is achieved through economic warfare such as forcing smaller nations to buy US products, or the infamous use of sanctions as accelerated by Trump against nations like Venezuela and Iran. Then there is also the method described by former economic hitman John Perkins.

Some people at this point may say, “Well, the US may be an Empire, but its form of government is still a Constitutional Republic. Therefore, the US is a Republic.” Yes, the US is a republic in the sense that it has (highly controlled) elections where (s)elected individuals ascend to power, however, despite this form of governance, the US still behaves as an imperial bully, aggressor and invader to nations outside of it. That behavior is what defines it as an empire. In this context, the word “republic” means nothing. Have you noticed the irony with which nations around the world use the word republic in their official country titles? Both of the communist totalitarian nations of China and North Korea are “republics” since they are called People’s Republic of China and Democratic People’s Republic of Korea respectively. Never mind the censorship and control via social credit. In the so-called “free” West, in the Federal Republic of Germany, if you investigate the truth about the Holocaust you can be fined or imprisoned. In the French Republic, people are so taxed to the hilt they donned yellow vests to spark a worldwide protest movement. Republic means “a state in which supreme power is held by the people and their elected representatives.” Do you really think the people hold the supreme power in the US, China, North Korea, Germany or France?

Words have power. Propagandists and magicians alike know this, since they know words help to mold perception and create reality. This is why you “spell” words, since uttered words are like a (magic) spell. The power of the US Empire lies in its narrative control and perception control. Whoever controls words, controls narrative; whoever controls narrative, controls perception. It’s a simple formula. Orwell’s great work 1984 showed what can come from word control. The question we must ask ourselves here is this: why is it so strange, uncomfortable and unfamiliar to call a spade a spade, and to admit internally to ourselves and externally to others that the USA is an empire? Surely this uncomfortability itself is evidence of the magic of word control and propaganda. Are we so programmed and conditioned with ideas of “USA = freedom and democracy” that we can’t fathom the idea of a US Empire? If so, then it is more crucial than ever that people begin to use terms like US Empire and Greater United States to take a small yet bold step of breaking the conditioning that holds them in chains.