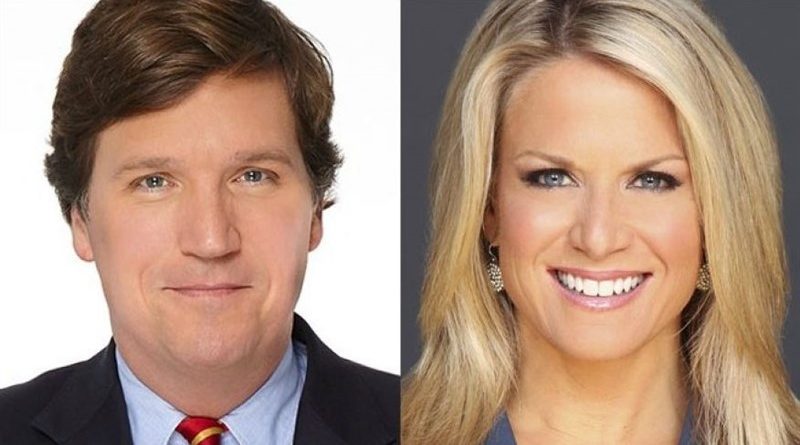 Fox News made two big announcements on Thursday regarding its top-rated prime-time lineup.

“In less than two months, Tucker has taken cable news by storm with his spirited interviews and consistently strong performance,” Murdoch said in a statement. “Viewers have overwhelmingly responded to the show and we look forward to him being a part of Fox News’ powerful primetime line-up.”

After a record-breaking launch in the 7pm hour last November, “Tucker Carlson Tonight” has become one of the most buzzed about cable news programs on television. Featuring analysis and debates with guests from across the political and cultural spectrum, the show finished December as the number two cable news program in the Adults 25-54 demographic behind only “The O’Reilly Factor.”

The program will continue as “Tucker Carlson Tonight” and will broadcast live from FNC’s Washington, D.C. bureau.

MacCallum will take over for Carlson at 7pm, kicking off primetime with a new news program, “The First 100 Days.” The show will chronicle the beginning of the new administration and run through President-elect Trump’s first 100 days in office.

“Martha is a versatile and skilled anchor who has proven to be an essential component of our news programming,” Murdoch said. “For the last 12 years, our viewers have trusted her reporting and we are pleased she will be part of our primetime line-up for the first 100 days of the new presidency.”

Fox News Channel is the number one network in cable, has been the most watched television news channel for nearly 15 years, and according to a Suffolk University/USA Today poll, is the most trusted television news source in the country.

“Megyn Kelly leaving for NBC makes perfect sense. She is more at home with the propagandists there than at FOX.”

Down The Rabbit Hole