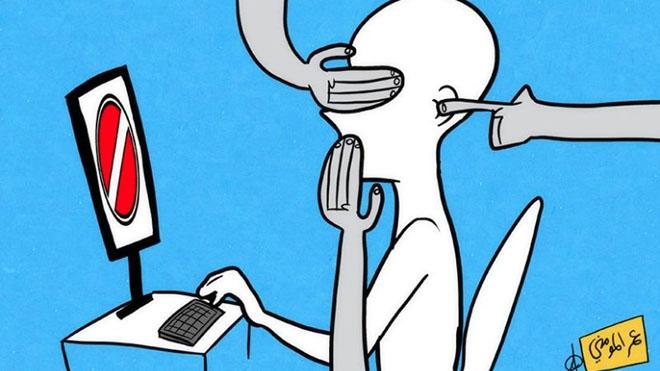 Authored by Michael Snyder via The Economic Collapse blog,

All over America, large portions of our major cities are being transformed into stomach-churning cesspools of squalor.  Thousands of tens cities are popping up from coast to coast as the homeless population explodes, even the New York Times admits that we are facing “the worst drug crisis in American history”, there were more than 28,000 official complaints about human feces in the streets of San Francisco last year alone, and millions of rats are currently overrunning the city of Los Angeles.  And yet the authorities continue to insist that the economy is in good shape and that everything is going to be just fine.

Perhaps everything may seem “just fine” if you live in a heavily sanitized wealthy suburban neighborhood and you only get your news from heavily sanitized corporate media sources, but in the real world things are getting really bad.

The other day, LZ Granderson authored an editorial in which he described what life is like in Los Angeles right at this moment…

LA spent nearly $620 million in tax dollars last year to address the issue, and yet the number of homeless people increased by 16%,reaching nearly 60,000 people.

As a Los Angeles resident, I am among those who wonder what the mayor’s office is doing. When I lived downtown it was virtually impossible to walk a full block in any direction without seeing a homeless person. In Silver Lake where I live now, there are tent cities. On my drive to work I see people living underneath the highway overpasses. It’s no longer Skid Row here. The skid is everywhere.

But without a doubt, L.A. is particularly disgusting at this point.  In fact, last weekend a columnist for the Los Angeles Times admitted that “Los Angeles has become a giant trash receptacle”…

A swath of Los Angeles has devolved into a wasteland with rats scurrying among piles of decaying garbage and squalid tent cities, according to a series of stomach-churning photos that the Los Angeles Times says depict the “collapse of a city that’s lost control.”

We are seeing this happen at a time when we are being told that the U.S. economy is still relatively stable.

And I will concede that point.  Right now, the U.S. economy is a whole lot more stable than it will be in the months ahead.

So if things are this bad already in our major cities, what are those cities going to look like once we get deep into the next economic downturn?

On Friday, the Labor Department reported that 75,000 jobs were added to the U.S. economy in May.  That number is consistent with the extremely disappointing figure that ADP reported a few days earlier, and it is well below the number of jobs that we need just to keep up with population growth each month.

Prior to this latest report, there were already more working age Americans without a job than at any point during the last recession, and now things just got even worse.

But the government conveniently categorizes the vast majority of working age Americans without a job as “not in the labor force”, and so officially the unemployment rate is “very low” right now.

The truth is that the middle class has been steadily shrinking for an extended period of time, and all of the numbers that have been rolling in seem to indicate that an economic slowdown has begun.

For instance, when economic activity is expanding demand for key industrial resources such as copper, zinc and lumber increases and prices tend to go up.

But when economic activity is contracting, demand for those key industrial resources diminishes and prices tend to go down.

And right now we are seeing prices for copper, zinc and lumber decline precipitiously…

Copper prices have fallen 6% in just the past month while zinc is down 8.5%. Copper and zinc are big components for many industrial and technology companies. People pay so much attention to copper as a barometer that traders jokingly call it Dr. Copper, as if it has a PhD in economics.

Lumber prices are falling as well, plunging about 10% in the past month. That could be viewed as a sign that the housing market — particularly new home construction — is weakening.

If you were looking for some exceedingly clear indications of where the U.S. economy is heading in the near future, you just got them.

But most Americans will continue to live in denial until the very end.  And even though 59 percent of the population is living paycheck to paycheck, people continue to rack up debt as if there was no tomorrow.

In fact, we just learned that the average size of a new vehicle loan in the U.S. just hit a brand new record high…

People buying a new vehicle are borrowing more and paying more each month for their auto loan.

Experian, which tracks millions of auto loans each month, said the average amount borrowed to buy a new vehicle hit a record $32,187 in the first quarter. The average used-vehicle loan also hit a record, $20,137.

People ask me all the time about how they can prepare for the next economic downturn, and one of the key pieces of advice that I always give is to not take on more debt.

Right now everyone should be building up their financial cushions, because what is coming is not a joke.

Unfortunately, most Americans are still completely in denial about what is happening, and they will find themselves ill-prepared to handle the very harsh economic environment that is ahead.