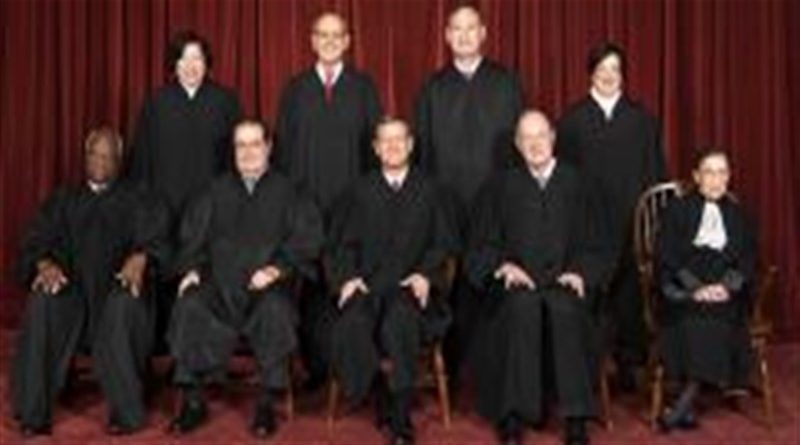 (CNSNews.com) — The vast majority of Americans believe it is important to appoint justices to the Supreme Court who will apply the Constitution as originally set by the Founders and, in particular,  protect religious freedom, according to a new Marist poll, sponsored by the Knights of Columbus.

Eight in 10 Americans, 80%, say it is an “immediate priority” or an “important” one “to appoint Supreme Court justices that will interpret the Constitution as it was originally written,” according to a statement from the Knights of Columbus.

In addition, a majority of Americans — 52% to 40% — “want the court to interpret the Constitution ‘as it was originally written’ and not on what they think the ‘Constitution means now,'” according to the poll.  Even three in 10 Democrats (31%) agreed with this view, although six in 10 (59%) did not. For Republicans, 78% agreed, and Independents, 50% agreed.

The poll further shows that 89% of Americans “see protecting religious freedom as a priority, including 57% who describe it as an ‘immediate priority’ and 32% who consider it an ‘important’ one,” said the statement. Also, “by 40 points, the vast majority of Americans also believe religious freedom should be protected even when it conflicts with government laws (65% to 25%).”

“Majorities of Americans – regardless of party – have embraced religious freedom and have rightly rejected the false notion that it is something negative,” said Supreme Knight Carl Anderson. “They overwhelmingly support the protection of our first freedom, the free exercise of religion.”

“And, not surprisingly, most Americans value the freedoms enumerated in the Constitution and its Bill of Rights, and therefore see as an immediate priority the appointment of justices to the Supreme Court who will interpret the document as written,” said Anderson.