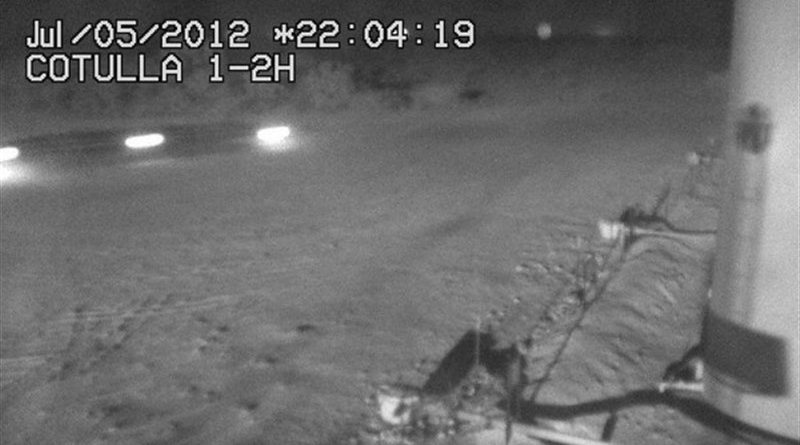 A UFO witness from Cotulla, Texas claims to have captured the landing of a “disc shaped ufo” on a security camera, a new MUFON report reveals. The image shows what appears to be a thin, circular object hovering above the ground, with three visible lights that look to be in motion at the time the image was grabbed.

The report is as follows:

My father works in an oil company here in Texas, and they had noticed that some people were taking the crude oil in the night. So they started putting cameras up around the areas. One night one camera caught a UFO. The news had spread throught the workers and they soon emailed to my father. My father had sent it to me and now Im posting it here on mufon. When I saw the picture I couldnt believe how the shape was, it was what I had expected. More so since it was also hovering off the ground. I was used to different ufos mainly because I have seen some since I was a kid. It really got to me that I now have proof of the existence of these entities.

One would hope that if the incident was captured on a security camera, there would be some form of video available. We can hold out hope for one (holding breath not advised), but the witness report included only one photo. The incident, which is claimed to have taken place on the 6th of July, was not reported to MUFON until yesterday with the accompanying screen capture. In other words, tread lightly. Apparently, MUFON has not yet investigated this case personally.

Any thoughts on the photo? Certainly looks reminiscent of the cigar-shaped craft reported heavily in years gone by.