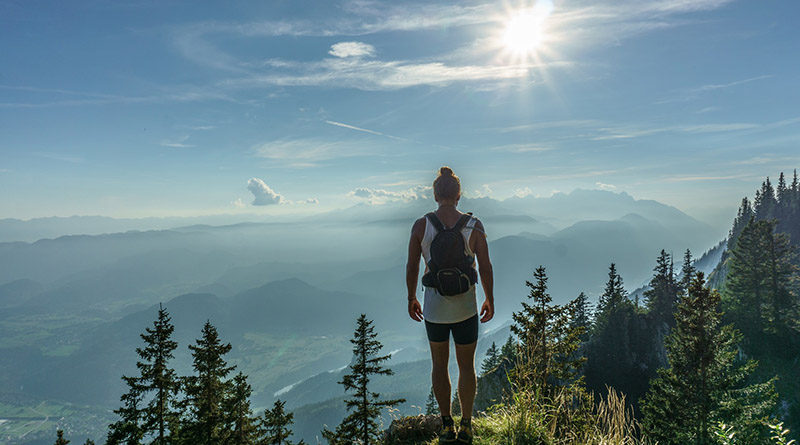 DAYTON VALLEY AQUAPONICS USES TILAPIA TO RAISE TOMATOES — AND TOMATOES TO KEEP THE FISH HEALTHY. IS THIS THE FUTURE OF FARMING?

In the Northern Nevada desert, on land once spattered with grazing cattle, inside a 31,000-square-foot greenhouse, tilapia and tomatoes are farmed in partnership. The hydroponic tomatoes break down waste from the fish for nutrients while also cleansing the water so it can be recycled back to the tilapia tanks.

Although aquaculture (raising fish) and hydroponics (growing plants in water) are settled practices, uniting the two in aquaponics still is a new industry, with only about 500 commercial aquaponics companies in the country.

Dayton Valley ranks among the top five or so U.S. aquaponics firms by square feet and crop volume, according to industry figures; there are no other aquaponics companies in Nevada.

Like the pairing of tilapia and tomatoes, it might seem offbeat, even bizarre, to establish a cutting-edge aquaponics outfit in the Nevada desert, with its low rainfall, scouring winds, roasty summers, and winter snows that often persist into June.

But Northern Nevada, it turns out, is ideal.

“We get over 300 days a year of good strong sun,” said Trevor Birba, Dayton Valley’s business manager. “Even with cold winters and hot summers, that percentage makes Northern Nevada a really strong environment for this kind of agriculture.”

And “even in the controlled environment of the greenhouse, 90 percent of the light still comes from the sun directly. Nothing does the job as well as the sun.”

Especially in areas like Northern Nevada that aren’t natural breadbaskets, could this be the future of farming?

Birba, a Northern Nevada native in his early 30s, joined Dayton Valley Aquaponics in 2014, the year it was legally formed.

David Griswold, an investor from Irvine, Calif., with an interest in sustainable agricultural technologies, owns Dayton Valley and its ranch. A major goal of the company from the outset was to use aquaponics to move the land from seasonal to year-round production.

The elimination of the seasons (leading to increased production) and other aquaponics practices (leading to lower energy costs and better crop quality), Birba said, helps to make Dayton Valley “ecologically and economically sustainable.”

These practices are evident as soon as you enter the greenhouse.

Thousands of tilapia, from newly introduced fry to fish ready for harvest at 2 pounds, fill a dozen tanks, graded by size. The tank water when cleansed by tomatoes contributes significantly to the health of the fish.

And forget typical mushy tilapia that tastes of dirt and indifference – “low-quality fish raised in low-quality conditions in far-away lands,” as Birba put it.

This hardy Egyptian breed, native to an arid climate like the high desert of Nevada, “has good, firm flesh,” said David Holman, the Campo executive chef who is a fan of Dayton Valley tilapia.

“It has real flavor. It’s not like all the tilapia that has given the fish a bad reputation.”

Beyond the tilapia tanks, ranks of tomato plants shimmy up nylon trellises, reaching 7 feet high, with chilis, cucumbers and greens filling the spaces in between. The tomatoes are planted in beds of local gravel “that mimic the characteristics of high quality soil,” said Mark Warrell, Dayton Valley’s production manager.

Humidity hovers around 75 percent. Carefully controlling the heat and humidity of the greenhouse means more plants can be planted in a given area.

Special energy-efficient lights manufactured in Reno emit light from the red and blue ends of the spectrum that plants use in photosynthesis. When the lights glow blue, they ward off soft-bodied pests like aphids and white flies.

And the greenhouse, of course, shields the plants from harsh weather. The upshot to all this nurturing, Warrell said, is that Dayton Valley tomatoes have “triple the life they would in the field,” use 85 percent less water and have yields at least 20 percent higher.

Ensuring that longevity and fruitfulness requires energy, of course. The greenhouse is powered by solar panels and by biofuel boilers that use recycled wood pellets.

About 3,500 tomato plants (spanning a dozen or so varieties) and 10,000 tilapia are currently on staff at Dayton Valley Aquaponics.

Tomato and tilapia health and maturity are tested in outside laboratories, and their populations adjusted “so we always have the right balance between fish in the system and the number of plants,” Birba said.

If you’ve crashed into heirloom tomato toast swiped with oozy burrata at Liberty Food & Wine Exchange or maneuvered your mouth around a Bently Ranch burger piled with slicer tomatoes at Overland pub in Minden or navigated the chicken with heirloom tomato risotto at Bistro Napa in the Atlantis, you can thank Dayton Valley Aquaponics.

The bulk of the tilapia, on the other hand, is sold live to Asian markets in Northern California and to Sierra Gold Seafood in Sparks, though restaurants like Monaciello on California Avenue and the Union in Carson City have placed the fish on the menu.

Folks also can buy the produce and fresh fish at the year-round Riverside Farmers Market on Saturdays at McKinley Arts & Culture Center on Riverside Drive.

The fresh tilapia sells for about $4 a pound, a price that compares favorably with frozen chain grocery fillets.

Tomato prices, Birba said, are about 25 percent less than Whole Foods Market, with greens asking about the same as national brands.

Local food, for all its sustainable and feel-good bona fides, still is seen by many (often with good reason) as an expensive indulgence or the province of chefs and restaurants and preachy locavores. The Dayton Valley Aquaponics model, Birba said, envisions local fish and produce as something for regular consumers, too.

As they plan for 2019 and 2020, the folks at Dayton Valley said they’re evaluating if Pacific salmon should be harnessed for aquaponics, something that would require expansion. They’re also looking at how robotics might be deployed for greenhouse tasks like seeding, pest identification and pest eradication.

This story has been updated to clarify that Trevor Birba is the business manager of Dayton Valley Aquaponics, not a founder.

You care about what you put in your mouth. So keep current on the latest food and drink news by getting alerts, unlimited access to content and more with a Reno Gazette Journal digital subscriptionfor less than $1 per month.