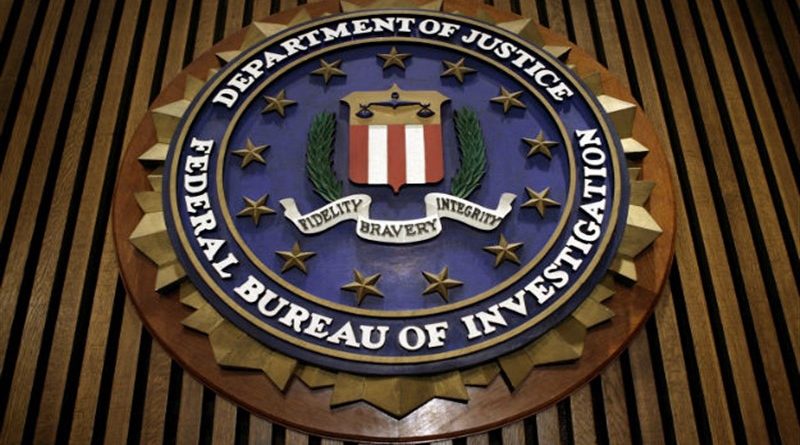 FORT LAUDERDALE, Fla. – Esteban Santiago, the accused killer at the crowded baggage claim area of Fort Lauderdale-Hollywood International Airport, told the FBI in November that the government controlled his mind and forced him to watch ISIS videos.

The 26-year-old former combat engineer was born in New Jersey and raised in Puerto Rico. His brother, Bryan Santiago, lives in Penuela, where they grew up. He told reporters their father died, while his brother was serving overseas in the military. His aunt, Maria Ruiz, who lives in Union City, told reporters in New Jersey that he wasn’t the same when he came back from Iraq.

“He lost his mind,” Ruiz said in Spanish, as she referred to a psychiatric hospitalization that occurred after he allegedly suffered from hallucinations.

Federal law enforcement officials investigated Santiago last year. He told FBI agents that he heard voices in his head that told him to watch Islamic State materials, but he said he was in control and had no intention of hurting anyone, according to The New York Times.

His girlfriend and his co-workers warned authorities about Santiago’s struggles.

Records show Santiago had three driver’s licenses from Alaska, New York and Puerto Rico. When he was arrested for the shooting that killed five, wounded eight and turned the Fort Lauderdale airport into chaos, he had a pending criminal case in Anchorage, Alaska. He was due in court in March.

After Santiago’s military service in Puerto Rico and Alaska from Dec. 14, 2007 to August 2016, the former Army private first class was still undergoing psychological treatment, according to relatives.

“When he came out of Iraq, he wasn’t feeling too good,” his uncle Hernando Rivera told the Bergen Record newspaper.

Santiago served in Iraq with the Puerto Rican National Guard’s 13th Engineer Battalion from April 23, 2010 to Feb. 19, 2011. The Pentagon said Santiago had gone AWOL several times during his stint with the Alaska National Guard and was demoted from specialist to private first class.

He was discharged for “unsatisfactory performance”  and was given a general discharge under honorable conditions, which is lower than an honorable discharge.

Santiago’s brother told reporters in Puerto Rico and New York that after his military service, Santiago went back to school and when he couldn’t find work in Puerto Rico, he moved to Alaska, where he was arrested in January.

Santiago was the father of a baby, who was born in September, Ruiz told Telemundo in New York.

Santiago’s brother also said he had been getting into “fights with a lot of people.” Police officers with the Anchorage Police Department responded to a domestic-violence incident. Prosecutors charged him with misdemeanor counts of property damage and assault and one count was dismissed.

On Friday, Santiago checked a bag with a firearm before boarding a Delta Air Lines flight from Alaska to Minneapolis. His final destination was Fort Lauderdale. When he arrived and grabbed his luggage, he walked into the men’s restroom to load the weapon.

He walked to the baggage claim area, where witnesses said he pulled the trigger and appeared to be aiming at victims’ heads. Witnesses said Santiago didn’t say a word. He shot his weapon until he ran out of ammunition. He threw the gun down and laid spread-eagle on the ground until a Broward Sheriffs’ Office deputy came up to him.

Travelers ran for cover. Authorities shut down the airport. Families rushed to Broward Health Medical Center desperate for news about their loved ones.

The bloodshed is likely to raise questions of whether aviation safety officials need to change the rules.

The attack also exposed another weak point in airport security: While travelers have to take off their shoes, put their carry-on luggage through X-ray machines and pass through metal detectors to reach the gates, many other sections of airports, such as ticket counters and baggage claim areas, are more lightly secured and more vulnerable to attack.