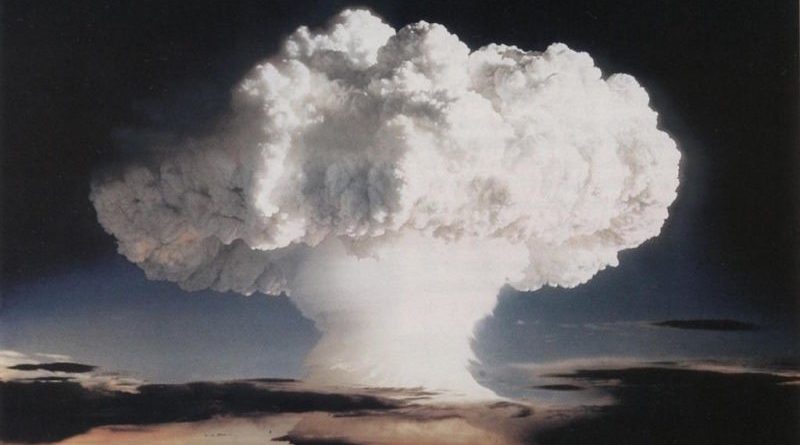 Have you ever wondered what the real effects of an EMP would be? You’re likely already familiar with its effects on electrical components (power grid failure and so on), but what effect does an it actually have on people? Robert Brenner explains below. Check it out, and be sure to check out the past articles in his EMP series here and here.

An Inquiry Into The Effects of Electromagnetic Pulse On Us

(Based on the book Power Out! How to Prepare for and Survive a Grid Collapse)

Our universe is alive with energy. Invisible cosmic rays race across space from distant sources. Powerful explosions on the sun blast charged particles, streams ofthe solar wind, and electromagnetic radiation out toward our tiny planet 92 million miles away. We’d be injured, if not killed, by the destructive energy if it weren’t for a magnetic field almost 12,000 miles that provides electromagnetic pulse protection like a protective canopy around our earth. This magnetic field deflects solar wind and cosmic rays so little of the destructive energy passes through to enter our ionosphere—a shell of electrons, charged atoms and molecules. The ionosphere exists primarily due to ultraviolet radiation from the sun. The bands around the earth (Figure 1) protect our planet and enable us to enjoy normal lives.

Collisions of incoming particles with atoms in the ionosphere cause the lights of aurorae and x-rays. When solar winds become solar storms they can cause electrical blackouts and disrupt low orbit communication satellites.

From explosions on the surface of the sun, to cosmic radiation streaming through space, to man-made explosions above and on earth, to nuclear radiation caused by humans seeking to produce energy, to the natural release of volcanic shock waves, to electrical storms that move along overhead, our world is a kaleidoscope of pulsing, flowing energy.

Throughout history, we have studied and sought ways to harness this energy to do useful work. But sometimes we are at the mercy of the energy we seek to control. Lightning flashes from storm clouds send millions of volts smashing into the ground. And strong electromagnetic pulses disrupt phone communication and the normal movement of people.

The effects of EMP on electric and electronic components and the damage that can occur depending on the strength of the pulse and isolation or shielding is pretty well understood, but what effect does it have on the human body?

Literature on EMP’s Effect on People

To understand this, I pored through hundreds of pages of research notes and visited several dozen websites claiming to know all about this subject. Each reference had snippets of EMP information—some was misleading or flat-out incorrect—so I had to vet these snippets and synthesize out a realistic and acceptable answer.  What follows is the result of my research.

Everyday we contact photons that can cause suntan, sunburn, or skin cancer. We receive electromagnetic pulse energy from a number of sources, and are exposed to invisible waves of WiFi energy that can harm us over time (Figure 2).

What Does EMP do to the Body?

The nerves in our body are surrounded by sodium and potassium ions. The electrochemical action of ions interacting through the membrane of nerves cause neurons to release chemicals that affect other neurons and cause the body to respond. The movement of neuron action is electrical caused by chemical interaction. An electrical charge is involved but the signals between neurons are passed chemically, not as electrical current. As such the signals travel at less than 100 m/s (meters per second). Electric current in a wire travels at about the speed of light—186,282 miles per second (299,792,458 m/s).

Some research suggests that strong EMP may have a substantial effect on the cognitive processes of the left hemisphere of the brain. This research suggests that it can temporarily short-circuit the logical circuitry. The conclusion was that magnetism can affect human metabolism at very high EMP levels. Fortunately, we are not exposed to such high EMP.

How Much EMP Can The Human Body Take?

One researcher stressed that since humans are not very conductive, the resistance inside our body limits how currents can change. Thus, mutual inductance is not an issue. The chemical ion gradient creates a charge difference between the inside and outside of nerve cells with a specific voltage across a typical neuron measured at -70mV.

Our bodies can withstand a 100 kV/m EMP spike from a nuclear bomb so it takes a much larger spike to cause a noticeable effect on the body. One engineer described experiments with EMP of 25kV with no effect on the staff involved. Several neuroscientists stated that humans can easily withstand EMP up to 100kV/m without detrimental effect. A small nuclear weapon generates 100kV/m so even the EMP from such a terrorist nuclear detonation shouldn’t hurt you. However, your electronics can indeed be damaged–which calls for the use of EMP protection.

Some people claim that EMP can short out a pacemaker, but I found no report of actual pacemaker failure directly attributable to it.

Other Sources of EMP

People near earthquakes can sometimes feel anxious, uneasy, disoriented, and physically sick, but scientists think these feelings are caused by low frequency sound (infrasound) or electromagnetic fields produced during the movement of the earth—not  from a pulse of EMP.

Radar and microwave radiation can cook flesh so should be avoided. Time-varying magnetic fields can also affect the human body. A 14-watt TASER stun gun can cause muscle contraction and 26-watt electromagnetic discharge EMD weapons can override the central nervous system and affect all the muscles in the body, but these devices won’t kill you. A short pulse EMP should pass through the body with no effect. The conditions are simply not present in an EMP from a solar flare, nuclear detonation, or electromagnetic weapon to produce damage to the body. Just don’t let the gamma rays or explosion shock wave get to you.

The key to EMP and damage to the body is the duration of the pulse.  A quick pulse would pass right through. To cause damage would require a sustained magnetic field that is constantly increasing in magnitude, thus causing current flow for at least a few milliseconds. But then, this would no longer be a pulse.

Government technical threat assessments conclude that EMP passes through you so fast, current cannot begin flowing in your body to cause harm. And I concur. So don’t be worried that EMP can harm you. Your body should be fine. Instead focus on protecting your electrical and electronic systems.