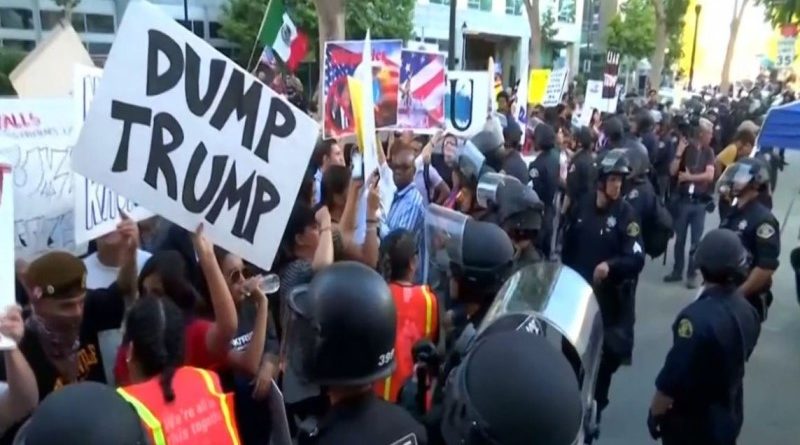 (BloodyRubbish) It’s been an ongoing joke in the conservative (or what I like to call common sense) movement that liberal protesters live with their parents.

This stems from the belief that these rejects can’t support themselves in the real world. How could individuals with such distorted, inaccurate views of basically everything be able to contribute to society?

The ironic thing is that if there was indeed a communist ‘paradise’ for these idiots to live in, they would likely starve due to their lack of work. I mean, other then the fact that communism doesn’t work, I don’t even think these idiots would have bread lines — somebody has to actually bake the bread, right? I don’t think standing around talking about your feelings and trying to find out exactly what gender you are is going to put food on the table.

One in three unemployed

These ‘useful idiots’ are of no real use — except for voting in liberal politicians that is. I always wondered how so many liberal protesters were able to protest all day, didn’t they have jobs? Well, the answer is no. An astonishing one in three liberal protesters are unemployed.

Although it was already assumed that these morons were worthless, it has been verified by a Berlin study.

As reported by the DailyMail,

“More than half of the arrests were made in the Berlin districts of Friedrichshain, Kreuzberg and Mitte, mostly during demonstrations.

A third of them were unemployed, and 92 per cent still live with their parents.

The figures published in the Berlin newspaper said of the offences committed against a person, in four out of five cases the victims were police officers.”

Not only do these idiots take up space, but many of them attack police officers. Not only do I think it’s disgusting to attack officers of the law, but these are working people. It’s hard to believe that many of their ideologies stem from workers feeling ripped off by a corrupt system, when these idiots don’t even know what a day of hard work looks like.

Much like their idol Karl Marx, the freeloader without a job, it appears their lack of character may have been birthed from a lack work. They believe they are entitled to what people earn because they have never earned for themselves.

Although the study was done in Germany, I think the numbers would be related — or more shocking in a negative way — for American leftists. If 92% of these libtards are unemployed, I am guessing the other 8% are homeless.

The Trump effect is going to bring jobs to the United States. Although I’m sure that the jobs offered won’t be in liberal gender studies, I’m pretty sure these people are still qualified to start out in a mailroom. Hard work builds character, and supporting yourself is a great dose of reality. Maybe it’s just the medicine these liberals need?

I think the change in point of view comes from working hard and paying taxes — especially after you start to notice where the money stolen from your paycheck goes. To be more specific, you become a conservative when you realize that you’re financing assholes that hate you, and want to destroy your country — be it welfare mama’s or left-wing protesters.