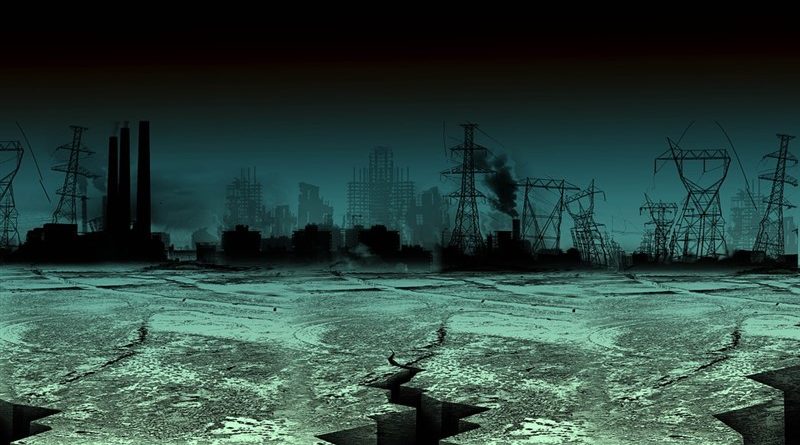 Split societies, global chaos and World War Three: We could be in for the most tumultuous era in modern history

Artyom Lukin is an associate professor of international relations at Far Eastern Federal University in Vladivostok, Russia. Follow him on Twitter @ArtyomLukin20 Jul, 2020 13:17Get short URL

As we cross into the second half of 2020, there is little hope left that our misfortunes will end when this annus horribilis goes out. We may be entering one of the most cataclysmic and fateful periods in the history of humankind.

There is the growing realization that humanity is in for an extremely rough ride that could last at least a decade.

This sense of uncertainty has been building up for years. It probably began with the global financial crisis of 2008-09. Yet, until 2020, there was hope that the world would somehow return to the right track and regain stability. Covid-19 ended this hope, devastating the global economy and exacerbating the pre-existing tensions between the incumbent hegemon (the United States) and a new super-power contender (China).

The state of angst has descended upon many. In most countries, including Russia, the plague continues to circulate, killing people with terrifying randomness. Even if we win the battle against the latest coronavirus, the mega-trends in global politics that point to more trouble and disorder are not going to dissipate and will likely only intensify. When trying to rationally break down my personal angst, as a political scientist, I perceive at least four such mega-trends.

I remember a chat with a Russian colleague in Vladivostok a few years ago. She lamented that she felt as if she was living in a country which contains several parallel societies rather than a single one, with members of those ‘societies’ speaking completely different languages and espousing divergent values. Of course, there have always been divisions within nations.  But, as a rule, one set of values and beliefs was dominant, with dissenting groups more or less marginalized. Today the societal consensus increasingly seems an exception rather than the rule.   Across much of the world one can see quasi civil wars raging, with societies often split into halves.  The main divide runs between the camp of social conservatism and nativism and the supporters of progressive-liberal values. The latest manifestation of this antagonism came in Poland, where the incumbent right-wing conservative won elections over his liberal opponent with a wafer-thin margin.

The revolt of the masses

On May 25, 2020, a black American George Floyd was killed in Minneapolis by a white police officer. His death triggered mass protests that quickly spread across the United States. On July 9, in the Russian Far Eastern city of Khabarovsk, the regional governor, Sergey Furgal, was arrested on charges of having organized the assassination of business rivals back in 2004 and 2005. Furgal was immediately flown to Moscow and placed in a jail there. His arrest sparked unprecedented massive rallies in Khabarovsk, a sleepy provincial place on the border with China, that have now continued for two weeks. The tens of thousands of people who’ve joined the rallies in support of Furgal believe the actual reason behind his arrest was his landslide win over the Kremlin-backed incumbent in gubernatorial elections in 2018, and his subsequent refusals to bow to diktats from Moscow.READ MORERiots in Covid-19 era are the ‘language of the unheard’, looted bare by white elite

Granted, the protests in Khabarovsk over the fate of a popular local leader are nowhere near the scale of the American race protests. And, unlike in the United States, the marches and rallies in the Russian Far East are, so far, entirely peaceful. They do have one common thread:  people in America, Russia, and other countries who defy the covid risks and take to the streets are demanding dignity. Most of them are protesting against what they see as structural injustice and the arrogance of power. Their protest is ultimately about the alienation between the ruling class and the ordinary people, the institutions of power and the governed. This protest is part of the global wave of popular uprisings that has been swelling over the past decade, starting with the Arab Spring and the Occupy movements. Trump’s victory in 2016, as well as Brexit, can also be seen as part of the global revolt against incumbent elites.

The end of hegemony and a rudderless world

Simultaneously with upheavals in the domestic politics of many countries, the international system, too, is undergoing tectonic shifts. Pax Americana, a.k.a. the ‘international liberal order,’ is unraveling. Just a few years ago, it appeared the decline of US global hegemony could still be reversible. Today not many people outside the Beltway believe it can be salvaged. Even if Joe Biden replaces the wrecking ball Trump in the White House, the days of American pre-eminence seem numbered. There is a classic “revolutionary situation” in the present-day international system. To paraphrase Vladimir Lenin, Washington is “unable to rule and govern in the old way” while much of the rest of the world does “not want to live in the old way.”

The Pax Americana might have been flawed and unfair to many, but there is no denying it did provide a significant degree of international stability. With the end of US hegemony, who will maintain international law and order? There is no answer thus far. Existing collective institutions, such as G20 or the UN P5, are not even remotely capable of performing effective global governance. And, despite Washington’s suspicions, there is no credible evidence as yet that the emerging superpower China is keen to police the world. One thing is clear, though. The vacuum of governance will lead to more chaos in global politics.

In 2014, I wrote an essay about the possibility of World War III around 2030, arising out of a clash between the U.S. and China. Six years later I would make two corrections to that article. First, a Sino-American war now looks not just possible, but almost inevitable. Second, the situation preceding the US-China clash will not resemble the world of the early twentieth century, pre-WWI, with its rapidly growing prosperity due to what is now considered the first era of globalization. Rather, the atmosphere of the 2020s will be more akin to that of the 1930s, with the global economy in the doldrums and the rise of authoritarian and neo-totalitarian regimes. The most important question, though, is whether the US-China war will be a relatively limited one. If not, could it lead to a global conflagration, drawing in other players such as Russia, India, Japan and Europe?

The history of mankind has never lacked in conflicts over values and power, both within societies and among them. Yet the present moment is rather unique because of the convergence at one point in time of several profound and explosive societal contradictions, with the threat of pandemics and climate change as the background. China is perhaps the only major island of relative stability in the global tempest, which, incidentally, amplifies the fears that Beijing would try to reach for the scepter of global power.

In due time, the current contradictions and conflicts will run their course and be resolved. A new equilibrium will set in. Until it does, however, we will be living in very interesting times. Perhaps, not angst but, rather, excitement should be the main mood of our era.