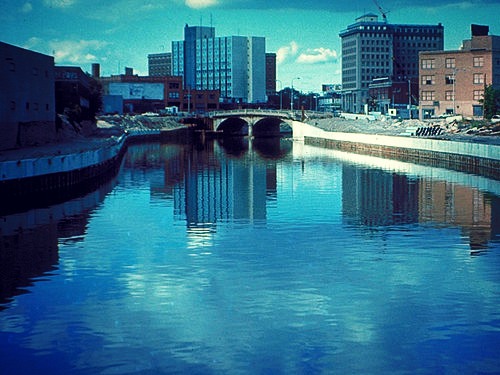 Flint, MI — On Tuesday, state prosecutors charged four former government employees with conspiring to violate safety rules for their roles in Flint’s water crisis. As a result of an April 2014 decision by one of the controversial unelected, state-appointed emergency managers, Flint residents were exposed to dangerously high levels of lead via the city water supply. The city water supply was changed from the Flint River to Lake Huron, which caused highly corrosive water to leach lead from the city pipes into the public water supply.

Michigan prosecutors are now assigning at least part of the blame to Darnell Earley and Gerald Ambrose, former city emergency managers, as well as Howard Croft, a public works superintendent, and Daugherty Johnson, a utilities manager. At a press conference in Flint, Attorney General Bill Schuette said the former officials continued to operate the city’s water treatment plan when it was not safe to do so. “Flint was a casualty of arrogance, disdain and failure of management, an absence of accountability,” Schuette said.

“Some critics have called for high-ranking state officials, including Michigan Governor Rick Snyder, to be charged. Snyder has said he believed he had not done anything criminally wrong. Snyder spokeswoman Anna Heaton said by email that the state remains committed to helping Flint recover.”

If found guilty, the officials face prison terms of up to 20 years and/or fines. Flint Mayor Karen Weaver told Reuters that the new indictments reveal the failure of the much-maligned emergency manager system adopted by the state, noting that the people making the decisions that directly endangered the people of Flint are not beholden to the city themselves. In fact, the emergency manager’s answer to the state, not the local government. The EM system has come under fire recently for its mismanagement of Flint, in addition to its mishandling of debt at Detroit public schools.

Unfortunately, Flint is not the only American city with a high frequency of lead poisoning. A Reuters examination of lead testing results from across the U.S. found almost 3,000 areas with poisoning rates higher than in Flint.

These four indictments are only the latest in a line of thirteen state and local government officials who have been criminally charged in relation to the Flint poisoning. Although Michigan Governor Rick Snyder believes he has done nothing wrong, Attorney General Schuette stated no one was above his investigation. Whether Snyder or other high-level government officials will be charged and convicted remains to be seen, but for now, Flint may have help on the way. The Free Thought Project recently reported that U.S. Army Veteran Wesley Clark Jr., one of the organizers with the Veterans for Standing Rock group, is planning to take a group of veterans to support the residents of Flint.

“We don’t know when we are going to be there but we will be heading to Flint. This problem is all over the county. It’s got to be more than veterans. People have been treated wrong in this county for a long time,” Clark Jr. said.