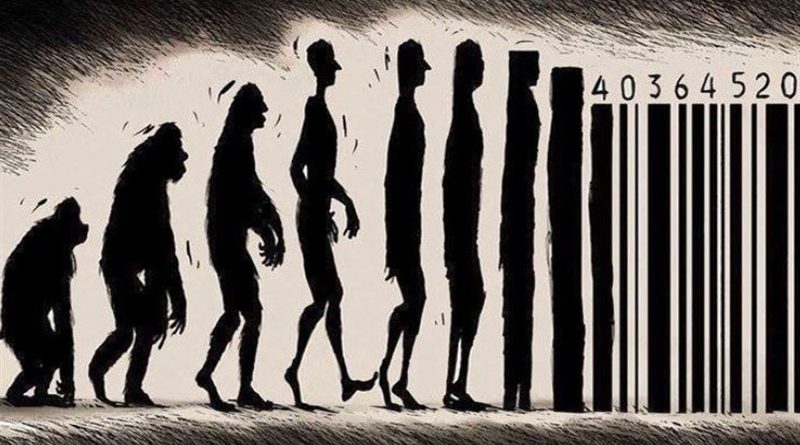 The first cave painter and freedom from mind control

Note: Consider this an opening to a much larger presentation. I’ve already made forays in past articles; in my work posted at Outside The Reality Machine; and, in much greater detail, I’ve covered the brilliant work of hypnotherapist Jack True in my collection, The Matrix Revealed.

We’ll never know who he was, but the moment he scratched out an animal on the wall of a cave, everything changed.

As yet, there was no formalized religion among his clan. The animal was not a symbol. It was later that the obsession for symbols developed. And of course the obsession continues to this day. Everything is supposed to mean something else.

But when the first cave painter made his first drawing, he was simply expressing a desire to go beyond the physical world. It was not enough to see a tiger in the forest. The painter wanted to move past that.

This fact is still not acknowledged. Millions of people pass through art museums every year and hunt for work that reminds them of objects they already know—and the closer the paintings resemble those objects, the more satisfied they feel.

But the first cave painter was doing something else. He was using a rock wall as a new space. He was seeing the wall as a potential space that went beyond the physical world.

Who knows what happened to him? Perhaps his clan were so awed they appointed him a god on Earth. Perhaps they were so disturbed by his presumption they killed him.

In either case, they were unable and unwilling to acknowledge that “the one and only space and time” was a fraud, a deception.

If you want to understand an underlying principle of “reality as prison,” know we are looking at the selling of one continuum as the only one.

As my long-time readers know, as well as those who have my collection, The Matrix Revealed, I worked closely, in the late 1980s, with a brilliant hypnotherapist named Jack True. I interviewed Jack many times.

During one of our first formal interviews, he had this to say about the space-time continuum, based on his experience with clients:

“Under hypnosis, people will give you extraordinary information if you can ask them the right questions, if you can go past the ordinary sort of material that is usually requested. It turns out that people, below their ordinary state of waking consciousness, perceive different times and spaces.

“They see and can deal with what I call islands of space and time. Separate islands. Each locale has its own continuum, and these continua are not the same. I’m talking about multiple spaces and multiple times.

“Their waking lives, their daily lives are a reduction, a social artifact in which one moving arrow of time and one space are assumed to be all there is.

“If an artist creates a few hundred paintings, each one has its own space and sense of time. This is not trivial observation. I’m not employing a metaphor. The painter is at ease with what he’s doing. It’s not a problem for him. Why would he make only one painting with one space and time and then stop forever? That would be absurd.

“Here is the interesting part for me as a therapist. When I have a patient, under hypnosis, open up his perception of time and space, when I have him branch out, so to speak, and when he becomes familiar with this process, a great deal of his anxiety vanishes.

“This indicates that the habit of his waking life, his absolute dedication to one space and time, operates like putting a lid on a pot of heating water. Pressure builds up under the lid.

“Release that pressure and everything is different. In his waking life, he can function quite well with one space and time—better than he did before—but he has this reservoir of truth: He’s experienced, many times, his own deeper level of perception. And as a result, he becomes more creative in the world…”

Jack and I often discussed how various systems are built to sustain and force “the one and only space-time.” This obsessive and unconscious mind control goes light years beyond the usual types of brainwashing people are familiar with.

Modern physics does little more than dip a toe in the water, when it comes to conceiving other continua. You would find out a great deal more by looking at the work of early 20th-century painters—who were, unsurprisingly, attacked, as they cut up and multiplied space and even time.

Rigid traditionalists, who still long for some grand human unification (under a banner of their own choosing), are too late to the party. The cat is out of the bag. It remains for humans to catch up to what they already perceive below their every-day consciousness: many dimensions.

The author of three explosive collections, THE MATRIX REVEALED, EXIT FROM THE MATRIX, and POWER OUTSIDE THE MATRIX, Jon was a candidate for a US Congressional seat in the 29th District of California. He maintains a consulting practice for private clients, the purpose of which is the expansion of personal creative power. Nominated for a Pulitzer Prize, he has worked as an investigative reporter for 30 years, writing articles on politics, medicine, and health for CBS Healthwatch, LA Weekly, Spin Magazine, Stern, and other newspapers and magazines in the US and Europe. Jon has delivered lectures and seminars on global politics, health, logic, and creative power to audiences around the world. You can sign up for his free NoMoreFakeNews emails here or his freeOutsideTheRealityMachine emails here.