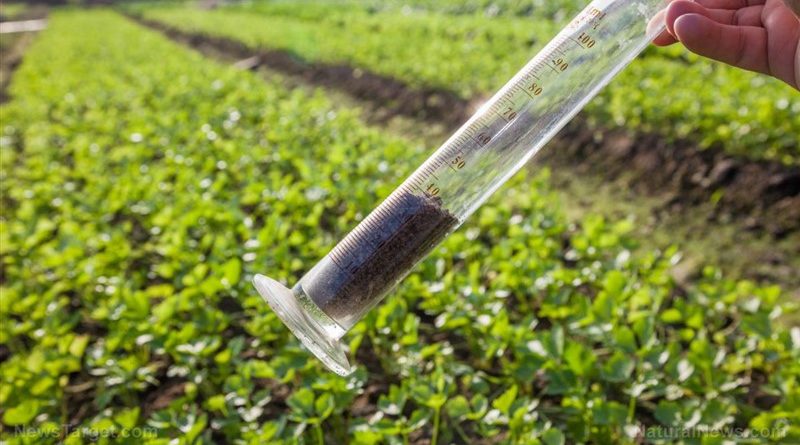 The Calorie Myth and How The Corporate Food Industry Scams You

Here’s a recipe: Take one bad idea, coat it with a veneer of science, and chow down heartily. It may taste great but the long-term effects on your health include serious indigestion.

The bad idea in this recipe is the calorie. On the surface, calories seem straightforward. You use them to measure how much fuel you put in your body and how much energy you use when you walk, run, or even just sit on the couch breathing. If you pump your body full of calories and leave it idle, all that extra fuel sloshes around inside you. It doesn’t get used and instead, it becomes the fat that pads your skin and engulfs your organs.

This is more or less the central myth of Western diet. The word “myth” here doesn’t necessarily mean that calories aren’t real. It just means that calories are a story around which we organize our Western beliefs and values — just like ancient societies that had their own culture-shaping myths about why it rained and which spiritual beings ran the show.

But here’s the problem: If you take even a moment to learn about how the calorie was invented, how calories are measured, or what they actually represent, the whole story starts to unravel — fast.

The calorie was created in the early 1800s as a unit of energy measurement. If you’re a science nerd, you already know about the kilowatt hour, a unit commonly used to measure electrical energy. You’ve also probably heard of the all-purpose joule, which is used for just about everything a physicist touches. The calorie was created as a convenient unit for measuring thermal energy (in other words, heat). By definition, one calorie is the energy it takes to heat a kilogram of water by one degree Celsius.

How can a unit that measures the change of water temperature tell you something about food?

All of this doesn’t answer the obvious question, though: How can a unit that measures the change of water temperature tell you something about food? To answer that, we need the help of Wilbur Atwater, a chemist born in the mid-nineteenth century, shown below looking rather sedentary.

Atwater did something that sounds bizarre at best: He burned different types of food in a sealed chamber, which he submerged in a vat of water. This device is called, somewhat dramatically, a bomb calorimeter.

Basically, as your meal burns to ash in the bomb calorimeter, the temperature of the water around it increases. If you measure the change, as Atwater did, you can calculate, using calories, how much the burnt food warmed up the water. Assuming the human body is a similarly efficient food-burning machine, you can use this experiment to figure out how much energy the body can extract from, say, a bacon sandwich.

If this process seems strange to you, that’s because it is. This was 1896, after all. Most doctors still thought attaching leeches to your body was a reasonably good way to cure herpes. But Atwater’s research with the bomb calorimeter had a lasting effect. It’s why we still talk about burning calories today.

Here are some tricky questions: “Is your dark chocolate cranberry granola bar a healthy snack?” Or: “Should you eat those tortilla chips and guacamole?”

To answer these questions, you need to reflect carefully on the hundreds of different nutrients in these foods. You also need to think about whatever else you’ve eaten that day, and you should consider your activity level. Even a simple-seeming natural food, like the humble banana, contains a chemistry kit full of vitamins, minerals, enzymes, and micronutrients.

Now, here’s an easy question: “How many calories are in this banana?” After all, we invented the idea of a calorie. And sure, burning perfectly good food in an underwater tank may seem weird. But it’s also a refreshingly straightforward way to turn a complicated debate about food quality into a number you can slap on some packaging. You can see how that would appeal to a company in the business of selling food.

Wilbur Atwater spent years researching the composition of different foods. He thought his calorie system would become a practical tool for sizing up food, a way to identify the belly-busting meals that drive weight gain. But somewhere over the past hundred years, food companies realized he’d made something more valuable: Wilbur Atwater created a way for big businesses to whitewash nutritionally dubious, processed foods.

The system was almost perfect. Food companies didn’t even need to burn their food to figure out calorie counts. Instead, food scientists used Atwater’s measurements to assign average calorie numbers for a gram of fat (nine calories), a gram of carbohydrates (four calories), and a gram of protein (also four calories). Armed with these numbers, food companies could calculate calorie counts by simply looking at the ingredient lists of their foods. No one needed to waste any time burning Swanson dinners in a bathtub.

Conveniently, this calculation works very well for big companies selling industrially produced food. After all, when you use calorie counts, a large banana weighs in at 125 calories, which isn’t much different from a Twinkie, which weighs in at 150. One cup of boiled kidney beans is 225 calories, which is only slightly more virtuous than a cup of jelly beans (232 calories).

Reducing foods to a single statistic is problematic enough. But are calorie counts even accurate?

Increasingly, the answer to that question seems to be no.

One small problem emerges with fiber, which is generally the stuff our bodies can’t use. For years, authorities argued that fiber has no calories because the human body doesn’t digest it. But modern studies tell a different story: They show that your gut holds teeming colonies of bacteria that can feed on fiber. As they feed, these bacteria produce fat molecules that your body can (and does) use for energy.

Your body is not a perfect food-burning furnace.

In the U.S., the food industry is still allowed to subtract fiber from a food item’s overall calorie count. In Canada and the E.U., fiber does count — but at a reduced rate (two calories per gram).

The fight over fiber is trivial compared to the real problems of calorie counting. The most significant issue is that a calorie count tells us the total amount of energy stored in food without telling us anything about the accessibility of that energy. For example, your plate might contain 1,000 calories, but that doesn’t mean your body can use all of them. Your body is not a perfect food-burning furnace: Digestion is a complex process and your body uses different metabolic pathways to break down different nutrients. Some of your meal’s nutrients are destined to drop out of your other end a number of hours later.

Plus, your body has an easier time accessing the calories in food that’s been cooked or processed. For example, your body needs to work harder if it wants to break down a handful of raw spinach than it does to digest cooked spinach. The cooking process breaks down the tough cellulose walls that wrap each plant cell. It also breaks down complex carbohydrates into smaller sugars that are easier for your body to absorb. In some cases, cooking just means your body needs to exert less metabolic effort (and thus, it will burn less energy) when you digest your food. In other cases, the difference between raw and cooked is the difference between absorbing and not absorbing some of your meal.

The more natural and unprocessed the food, the more it’s probably being shafted by the calorie system.

Clearly, cooking and crushing your food has an effect on the number of calories you absorb. If you want to get 100 percent of your almond calories, the best thing would be to grind it to a fine powder and cook it, like you would in an almond cookie. This emphasizes my point: The only foods whose calories aren’t being overestimated are highly processed modern convenience foods.

To put it another way: The more natural and unprocessed the food, the more it’s probably being shafted by the calorie system.

There are plenty of additional bones to pick with the calorie system. We haven’t even talked about food interactions or the fact that different people have different colonies of gut bacteria. Perhaps the most significantly overlooked food factor has nothing to do with calories: It’s satiety, or the feeling you get when food makes you full.

Here, studies are in clear agreement: Eating proteins and fats makes you feel more full than eating carbohydrates. This is because proteins and fats take longer to drain out of your stomach. They also trigger a release of hormones that tells your brain it’s time to stop eating. By comparison, carbohydrates are quickly whisked into your bloodstream. Sugar triggers quick changes in your blood insulin levels, which can stimulate your appetite.

So, the common sense makes sense: We’d all be better off if we put our bodies to work breaking down whole, unprocessed foods, rather than reading calories off the side of a box.

Wilbur Atwater probably would have agreed. When he was alive, he often talked about how people should eat a simple, cheap diet. He thought Americans needed more protein, beans, and vegetables, and less sugar and fat. He also recognized that the average person didn’t exercise enough. (This was a sharp observation at a time when the average weight was some 50 pounds less than it is today.)

What Atwater didn’t realize was the way his calorie-counting idea would be abused. He burned some food in a small tub of water and we got the leftovers: a calorie-counting religion and boatloads of processed food.