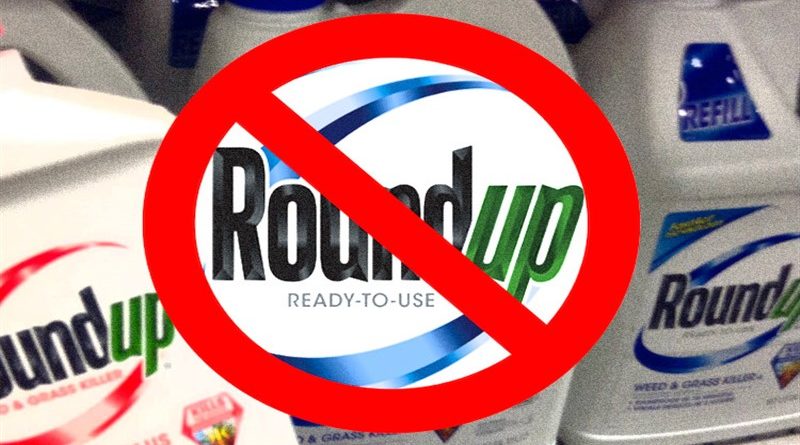 The end is near for the toxic herbicide glyphosate, which is being banned in major cities in the U.S. and in many countries in the world. After two recent court trials, Monsanto’s flagship product Roundup has been legally determined to be carcinogenic, leading to the development of Non-Hodgkins Lymphoma in defendants of the separate cases.

The herbicide is the most used agrochemical in the world, but after the two recent court rulings, there are literally thousands of other cases which threaten to cost Bayer AG, now owner of Monsanto, billions of dollars in future liabilities. In light of these developments, organizations, such as cities, towns and universities, are having to take action and stop using all grounds keeping products containing glyphosate.

This week, the Los Angeles County Board of Supervisors voted on a motion presented by Supervisor Kathryn Barger calling for a county-wide moratorium on glyphosate.

“I am asking county departments to stop the use of this herbicide until public health and environmental professionals can determine if it’s safe for further use in L.A. County and explore alternative methods for vegetation management.” ~Kathryn Barger

The motion, co-authored by Supervisor Sheila Kuehl, who cited a ‘growing body of scientific study,’ raising legitimate questions about the safety of the herbicide.

“In a 2015 study led by 17 experts from 11 countries, the World Health Organization’s International Agency for Research on Cancer concluded that glyphosate should be classified as ‘probably carcinogenic to humans,’” Kuehl said. “That conclusion makes it imperative that we question any long-term use of this controversial herbicide, and that’s exactly what this motion calls for.” [Source]

While this is certainly great news for area residents and all other living things that inhabit this space, the city is following a growing larger trend of ditching glyphosate, which is good news for the world.  The City of Miami was the most recent metroplex to take action, banning glyphosate earlier this month. Costco is the first major big box retailer to signal a possible move toward removing these products from their shelves nationwide.

Glyphosate is also heavily contaminating our food supply. Municipal and county bans are huge step in the right direction, but we desperately need to see a shift away from these products by the agricultural sector. This represents a unique challenge, as genetically engineered crops are designed to be dependent on the heavy application of glyphosate in order for many crops to even produce food. Farmers simply cannot stop using the product without costly replacement of Monsanto see.

This type of crisis was always built into Monsanto’s business model, making the move away from this toxic chemical a long and expensive process, that will certainly lead to many more cases of cancer, death, and environmental ruin.