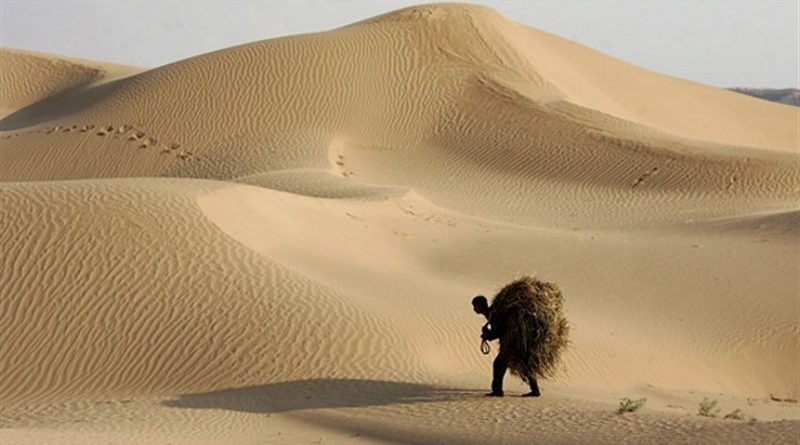 Funny how in this manufactured whirled of social and moral relativism people still find grounds to judge so quickly about anything and everything. Little do they know they’re standing in shifting sands on sliding platforms with no true conscious or aware point of reference.

Natural law has been eviscerated from our consciousness.

Thanks to massive social engineering programs, fallacy based education, and now political correctness, there’s nowhere to stand that’s based in reality. Unless you dig for it. And once you find it act upon it.

Natural, truly connected living has been yanked from beneath us. Where’s the context for anything now? From whence do we judge anything? There’s right judgement which is necessary for conscious living, and there’s wrong judgement which falsely evaluates situations and people constantly without the full facts or “walking in their shoes”.

In other words, what is the true frame of reference that determines right from wrong, or in many cases fact from fiction?

Context is described as the “circumstances, conditions, factors, state of affairs, situation, background, scene or setting” for an event or point of view. This has everything to do with understanding the full truth regarding any situation. Whether we interpret those factually or through the many lenses of indoctrination and programming is fundamental to true awareness.

Such a definitive term may seem tangential to what I stated at the outset, but has everything to do with our adulterated operating systems.

Almost always what we get in the external whirled and often internal dialogue is a floating mass of manipulable garbage. So what if people can identify a beer can or rotten tomato or plastic bag floating in a sewage canal? That doesn’t make it not garbage. Yet humanity does that incessantly, picking through unrelated information and making story upon story to fit their own fabricated story for whatever reason.

That was a bit of a leap to metaphor but symbolizes much. We target myopically and draw any conclusion we want. After all, there are no rules except constantly shifting ones. And society today and this energetic matrix happily feeds off of our misdirected angst, anger, frustration and ignorance.

As some glaring examples, think about the engineered gender confusion. Male and female barely exist any longer. Or the new math where 1 plus 1 doesn’t necessarily equal 2. Or outcome based education for that matter with everything geared to predetermined results for integration into the meat grinder of society. How about banks “too big to fail”, or things kept from public view or knowledge due to issues of “national security”…never mind morally depraved hollywood and the music industry giving permission for base behaviors. These are all contextually based assertions, evidence that the frame of reference has been hijacked and any connection to simple, natural law severed.

Yet because people are used to this sliding scale in every aspect of their lives they go along with it. They used to call that spineless, but now the definition of “spine” will be debated.

“A man goes to knowledge as he goes to war, wide-awake, with fear, with respect, and with absolute assurance. Going to knowledge or going to war in any other manner is a mistake, and whoever makes it will live to regret his steps.” – Don Juan Matus

It’s All Ultimately Personal – But the Game is Rigged

While we’re driven by societal and cultural pressures to work within certain agreed upon “norms”, right or not, we all have a conscience. An inner true self, somewhere within us. It knows when we’re lying or things are fundamentally wrong, when we’re conforming for whatever reason, and sees how to navigate and survive in this cesspit of ignorance while maintaining some usually misguided sense that we know what we’re doing.

Is it all that relative now? Yes it is, for the unwary and ungrounded in true knowledge.

This has been an area of intense exploration for me for many reasons. Anyone seeking to gain some sort of true spiritual foothold in this mess called “the world” or society has to wade through countless levels of this. Due to the deluge of moral and social relativism, the foundation for natural law and natural truly connected living has been yanked from beneath us.

My inquiry here is, where’s the context? For anything? In other words, what is the frame of reference from which we determine right from wrong; or in many cases, as shocking as it may seem, actual fact from fiction and illusion?

“I’ve come to realize that the biggest problem anywhere in the world is that people’s perceptions of reality are compulsively filtered through the screening mesh of what they want, and do not want, to be true.”  – Travis Walton

It’s A Deliberate Whirled of Relativism

Context has to do with our relationship to our surroundings in conjunction with some sort of frame of reference – regarding ideas, concepts, perceptions etc., and drawing a clear picture of what something is in its right meaning, with the added caveat of its relation to its circumstances and surroundings. Of course true knowledgable assessment is assuming the observer is grounded in a right perspective, again, the shifting field taking on relativist stuff in most cases, those vastly manipulated “norms”. The adjustable parts of this formula are our perception of any one of those parameters. Hence it is very slippery in the 3D world as any one of these can be played with, limited, and directed, at the moment from external influences or from life long programming.

Here’s another type of example: Just imagine how future generations will (hopefully) look back at those who joined the military. “How could anyone ever DO such a thing?” Well, they’ll be lacking context, although the stupidity of it remains. Their judgement is only partial, and not fully informed.

This happens throughout society. We actually like it because we can make snap judgements about things we really know nothing about and get a false sense of rightness and security, usually reinforced if not guided by the current social environment.

No real context. Worse yet, no grounding in reality, just relativism. Works like a charm. Just look at the world today – gutless, compliant, apathetic, and irresponsible at every level.

Withholding essential information in any imposed, false “context” totally manipulates external perception. “He shot him in cold blood” may not include the fact that the other guy had a knife and was coming at him. “Assad gassed his own people” just needs to be said to trigger whatever is sitting out there in the latent mass programming field, and the pre-directed misinformation has fertile ground for any ignoramus to believe any baseless assertion, to give two more obvious examples.

Right and wrong are easily manipulated in a foundationless world. And all this is possible because we don’t have a strong connection to natural law.

So how do we find the true foundation? Besides the illusive terms of consciousness and awareness, how do we operate here?

I defer to the lucid teachings of Mark Passio and the well researched works of people like Jan Irwin, James Corbett, and a host of other level headed researchers into well founded truth. I can’t begin to explain it all for you here, but the truth is there and is way simpler and more fundamental and action oriented than most would care to know about.

We want answers, results and conclusions, and quick, or to be told what to do and think. That’s the prevalent mindset that still remains even amongst the so-called alternative community. I’ve had a good taste of what happens because of this problem of non-contextual judgmentalism and it was a mighty wake up call, snapping me out of my own blind relativism in certain areas of my perception of where humanity was at, including the so-called awakening. A great experience, but no cake walk. Facing reality, or experiencing this now bastardized idea of awakening, is continual and not for the faint hearted or self preserving. It’ll challenge you to the bone. And that’s a good thing.

Find the truth. It might surprise you with just how simple it is. Especially about yourself if you’re willing to go there and still falling prey to these manipulations. They’re incessant and extremely subtle and require a vigilant, hard worked for, true sense of understanding regarding what’s really transpiring here in order to identify and get free from them.

It’s ongoing, so don’t expect to arrive anywhere. But we can find and know our footing in these shifting tides of degrading illusions.

“What makes this pain of denial more or less painful is one’s moral compass. The few, the brave, the integral warriors for truth, sacrifice tidy explanations and the comfort of static perceptions in order to remain at the frontier of discovery and a constantly adjusting worldview, which experience and new knowledge foster.” – Jack Adam Weber

Zen Gardner is an impactful and controversial author and speaker with a piercing philosophical viewpoint. His writings have been circulated to millions and his personal story has caused no small stir amongst the entrenched alternative pundits. His book “You Are The Awakening” has met rave reviews and is available on amazon.com.