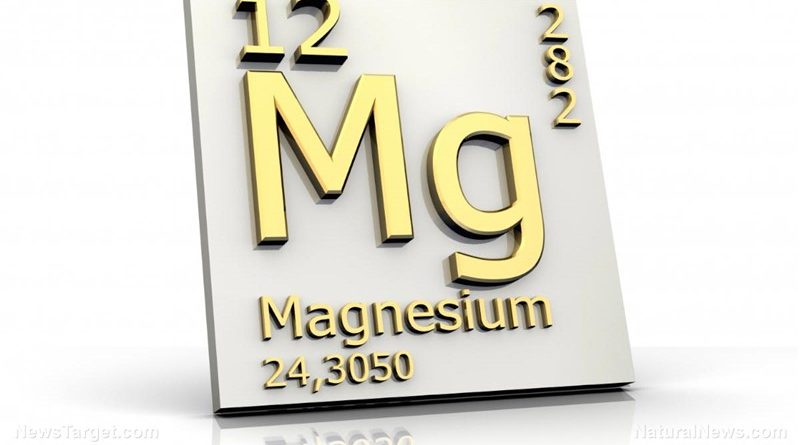 5 Common Nutritional Deficiencies and Their Signs–Do You Get Sick Easily or Always Feel Tired?

Nutritional deficiencies may be the last thing on your mind. After all, if you try to eat a healthy diet, take supplements, choose organic foods whenever possible, and perhaps even grow some of your own, you may appear to be healthier than most people.

But insidious nutrient thieves and circumstances, such as your age, health conditions, chronic stress, medication use, where your food is grown, and even how it’s processed and stored, can rob you of the ability to absorb some nutrients or even get them in the first place. You don’t have to let that happen!

Recognizing when you might not be getting enough of certain vitamins, minerals, and other essential nutrients can help you prevent deficiencies. So here’s a list of the 5 most common nutritional deficiencies and how to approach them.

The sunshine vitamin may well be the most common vitamin deficiency.

Results of a study appearing in Archives of Internal Medicine noted that 77 percent of adolescents and adults in the United States had serum vitamin D levels of 30 ng/mL or less. According to the National Institutes of Health, levels of 20 ng/mL or higher are considered “sufficient for most people.” Other experts, including the Vitamin D Council, recommend higher levels; for example, 50 ng/mL is “ideal” per the Council. Signs and symptoms of a vitamin D deficiency include feeling sad/depression, dementia, frequent infections (because of poor immune function), bone pain, weakness, and head sweating.

If you have any reasons to suspect you are deficient in vitamin D, you should get a blood test to determine your levels. Your doctor can order the test or you can order one online. Unlike many other nutritional deficiencies, the best way to beat insufficient vitamin D is not through diet but through sun exposure and/or supplementation.

Generally, you should expose large areas of your unblocked (no sunscreen) skin to the sun for half the time it takes for it to burn. This time can vary depending on your skin color, time of day, and latitude. An approximation is 10 to 20 minutes, three to four times a week. Vitamin D supplementation can complement your sun exposure or handle your needs on its own if necessary.

The U.S. Food and Nutrition Board recommends 600 to 800 International Units for adults, while recommendations from the Endocrine Society and the Vitamin D Council are 1,500 to 2,000 IU and 5,000 IU, respectively. Many experts believe the U.S. dosages are too low.

It’s probably no surprise that a deficiency in omega-3 fatty acids is fairly common since the main food source is fish, which is not a popular item for many people.

Omega-3s, which have potent anti-inflammatory properties and are helpful in cardiovascular conditions including arrhythmias, sudden cardiac death, high blood pressure, blood vessel function, and triglycerides. They should be consumed in about an equal ratio with omega-6 fatty acids, which are mostly pro-inflammatory. Unfortunately, that 1:1 ideal ratio is more like 1:20 to 1:50 since the typical Western diet is high in vegetable oils as well as fried and processed foods.

You may be deficient in omega-3s if you suffer from dry, flaky skin, dandruff, brittle nails, attention span difficulties, fatigue, and menstrual cramps. You can greatly improve your omega-3 intake by including foods that have high concentrations of omega-3 fatty acids, such as salmon (coho and Atlantic especially, but be sure they are wild), whitefish, sardines, and mackerel.

If fish is not your thing, non-fish sources such as flaxseed and flaxseed oil, chia seeds, walnuts, and sprouted radish seeds, for example, have high concentrations but they are provided as alpha-linolenic acid (ALA), which the body must convert to the more bioavailable eicosapentaenoic acid (EPA) and docosahexaenoic acid  (DHA) commonly found in fish. Omega-3 supplements in the form of fish oil or krill oil also are an option, but be sure you choose products from reputable manufacturers and that are toxin-free and environmentally responsible. Vegetarians and vegans can select omega-3 supplements made from algae.

It’s been estimated that about half of Americans do not get enough magnesium. This essential mineral plays a critical role in cardiovascular health, migraines, detoxification, diabetes, osteoporosis, asthma, and overall cell function.

To correct a deficiency, first of all, examine your diet. If you’re not including lots of dark green leafy veggies, avocados, seaweed, nuts, and seeds in your diet, start right now. Choose organic whenever possible, since conventionally grown produce is often deficient in magnesium and other minerals. Not a fan of green vegetables? Puree them and add them to soups or juice them. You can use the leftover pulp in smoothies or soups.

Add nuts and seeds to your cereal, yogurt, salads, sandwiches, and soups. If you still need a magnesium boost, consider a supplement, such as magnesium glycinate or magnesium threonate, the latter of which seems to have better bioavailability. Be sure you are getting enough vitamin B6, since the level of this B vitamin helps determine how much magnesium your body will absorb.

Approximately 40 percent of the U.S. population doesn’t get enough vitamin B12. A deficiency of vitamin B12 (cobalamin) is a special issue because older adults in our rapidly aging population are more prone to not absorb this vitamin sufficiently. Other groups who are more likely to have an inadequate level of this vitamin include vegetarians, vegans, individuals who have celiac disease, inflammatory bowel disease, or other digestive issues, and people who have undergone gastrointestinal surgery.

Vitamin B12 is necessary for blood formation, synthesis of DNA, energy production, and development of myelin. It’s easy to miss a deficiency of vitamin B12 since it can take up to a decade or longer before the symptoms become apparent. They include mental fog, fatigue, apathy, mood swings, problems with memory, muscle weakness, and tingling in the arms and legs.

Animal foods such as beef, eggs, salmon, scallops, shrimp, and poultry are sources of vitamin B12, which means individuals who follow a plant-based diet should look for foods fortified with B12, which includes many cereals and non-dairy beverages. When it comes to supplements, sublingual drops and sprays, as well as injections (usually reserved for more serious deficiencies) provide the best absorption, while oral tablets do not. Look for methylcobalamin supplements, as they are better absorbed than cyanocobalamin.

The World Health Organization has identified iron deficiency as the “most common and widespread nutritional disorder in the world.” Iron-deficiency anemia is prevalent among both developing and developed countries. In the United States, the deficiency is believed to be as high as 20 percent to 50 percent, depending on the population studied.

Iron is probably best valued for is its ability to provide hemoglobin, a protein in red blood cells, which is essential for life. Iron also is a key player in the function of various enzymes and proteins and facilitates the transport of oxygen and regulation of cell growth.

You may be familiar with the phrase “iron-poor blood,” which is associated with anemia, fatigue, and a compromised immune system. People who have too little iron frequently experience these symptoms, as well as paleness, shortness of breath, and tingling in the legs.

When choosing an iron supplement, ferrous iron is more bioavailable than ferric iron. Iron supplements can cause constipation and other gastrointestinal side effects, which can appear when taking around 45 mg daily or more. Heme iron polypeptides, iron amino acid chelates, and polysaccharide iron complexes are less likely to cause side effects.

It’s advisable to have your iron levels checked with a simple blood test before you begin supplementation or increasing your dietary iron. Too much iron can be problematic as well since it can accumulate in the body and cause significant cell damage.

Remember that nutrients work synergistically—some more so than others—and that correcting one deficiency will likely impact your body’s need and/or utilization of others. So while recognizing and correcting nutritional deficiencies is critical, it’s also wise to review your entire nutritional intake—food and supplements—to ensure you’re in balance.

Deborah Mitchell is a freelance health writer and has authored, co-authored, and written more than 50 books and thousands of articles on a wide range of topics. This article was first published on NaturallySavvy.com