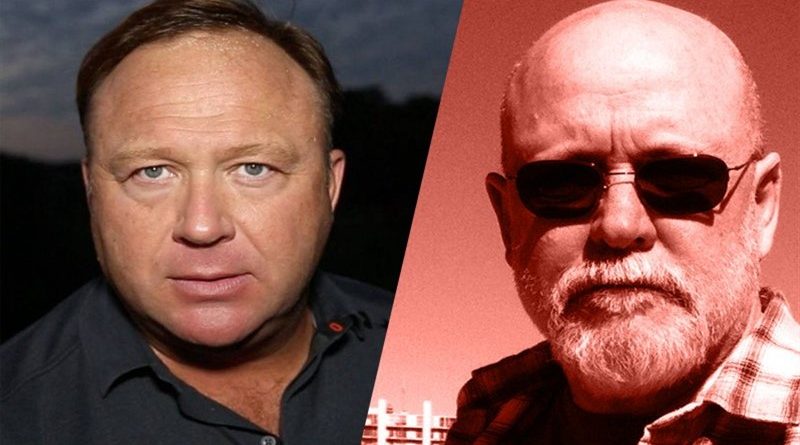 The War Inside Infowars

The conspiracy hub has become a clubhouse for Trump fanboys—and a former employee is crying foul.

Depending on who you talk to, Kurt Nimmo, a former editor for Infowars, left the conspiracy-peddling website after being a demonstrably lazy staffer—or he was fired in a sudden and acrimonious manner by the site’s red-faced major-domo, Alex Jones.

But the real story, whatever it is, is only slightly less muddy than the fever swamps through which its writers trudge each day to deliver stories about Lady Gaga’s satanic Super Bowl performance and the imminent assassination of President Donald Trump.

Nimmo told The Daily Beast this week that he joined Infowars in 2008 and “rebuilt the website.” He left the publication in July 2016, and has since been working for NewsBud, a site run by the conspiratorially minded whistleblower Sibel Edmonds. Nimmo also periodically writes for his own blog, entitled Another Day in the Empire.

Since his exit, Nimmo has noticed the general framework and voice of the site shift into becoming essentially a pro-Trump propaganda outfit—something that he perceives as an abandonment of Infowars’ initial focus on the “New World Order,” or as Jones would call it, the establishment.

“I disagree with Alex Jones on Donald Trump,” Nimmo said in an email to The Daily Beast. “I believe Donald Trump is an enabler of crony capitalism, the same as his predecessor. I also believe he will not end the wars started by Bush and continued by Obama. I cannot support a man who will further war and murder. Alex Jones has more or less ignored this and considers Trump a patriot and a defender of the Constitution. This is clearly wrong.”

Jones’s turn as the anguished, chest-thumping id to the president’s ego has been well-documented in the 2016 election. Trump has even appeared on Infowars for an interview with Jones and praised the rage-filled radio host’s reputation as “amazing.” And even now, after he made it to the highest office in the land, Trump’s longtime friend and former adviser Roger Stone often hosts Infowars and credits it in part for helping Trump make it to the Oval Office.

Nimmo doesn’t see the Trump fandom as an asset in any sense—but rather a tacit endorsement of war crimes and he speculates that his disagreement with the Trump agenda could have contributed to his axing.

“Support for Trump also means supporting waterboarding, killing the families of suspected terrorists, squandering trillions more on a bloated military, supporting Israel despite its crimes against humanity, omitting Saudi Arabia from the list of terrorist states, and further militarizing police in the U.S.,” Nimmo told The Daily Beast. “Alex Jones previously opposed most of these things, with the exception of Israel, which he has refused to criticize.”

He pointed specifically to the fact that Infowars has not commented on a recent raid in Yemen that reportedly killed an 8-year-old and other civilians. (There is one recent article on the site that contends the Obama administration may have had something to do with tipping off al Qaeda militants about the ensuing raid).

“They have not commented on this, so the conclusion is, at least tangentially, that Infowars.com supports Trump’s war on innocent civilians,” Nimmo concluded.

The unconditional Trump love is not all coming from one source though.

Nimmo also takes issue with the content produced by Paul Joseph Watson, the stubble-faced British video-blogger and writer for the site who goes by @PrisonPlanet on Twitter. During the 2016 election, Watson pushed stories about untrue allegations that Hillary Clinton had brain damage and he has become a favorite of the “alt-right” for his popular videos declaring that “Islam Is Not a Religion of Peace.” He was also recently duped into publishing a false story about the imminent release of a video showing Trump saying the “N” word.

“If we are to judge Paul Joseph Watson by his editorials and tweets, he is an Islamophobe little different than Geert Wilders or Pamela Geller,” Nimmo said, referring to the Dutch politician and the writer who both share anti-Islam sentiments. “He has embraced the alt-right philosophy on Islam. I disagree with this. The United States government and the military-industrial complex are far more threatening to our liberty than a gaggle of crazy Islamists, many supported by the CIA and Saudi Arabia.”

While they’ve rarely worked in the same physical space, ironically enough Nimmo credits Watson for being the person who got him his job at Infowars.

“He did more or less get me the job in 2008, he recommended me to Alex Jones after reading my blog,” Nimmo told The Daily Beast. “Not sure what this has to do with anything. He wasn’t claiming back then Islam would destroy the world. In fact, he wrote radical jihadis were created by the CIA and British intelligence. Guess he doesn’t talk about that much anymore.”

“So the criticisms are we sell products to fund ourselves (the horror),” Watson wrote in an email to The Daily Beast, referring to the “Super Male Vitality” product among others on the site’s store. “Maybe we should be mouthpieces for Gulf State dictatorships to make money like CNN instead? Because that’s more noble?

He went on to describe Nimmo as an essentially good-for-nothing employee.

“Basically, I got him the job in the first place,” Watson said. “He was hardly ever in the office and spent most of the time sleeping in his New Mexico trailer. I visited [the Infowars headquarters in] Austin once and the only time I saw him for the whole 3 weeks was when he announced he was going home to sleep because his computer had broken. Alex fired him because he was on a substantial wedge and basically did nothing by the end of it. After he left, no one even noticed he had gone, he was that insignificant.”

Nimmo contested the fact that, as Watson put it, “he was paid well for little work.”

“I hope you do not plan on using that Watson bit about sleeping in the article,” Nimmo told The Daily Beast in response to Watson’s claim. “It’s not true. Before Jones hired staff, I worked seven days a week, 12 hours a day often, and on Christmas, which Jones praised.”

Nimmo claimed that the animus was coming from the fact that “they’re scared shitless” of the Food and Drug Administration examining the supplements sold on the site.

And there’s another thing, according to Nimmo. He wasn’t axed because he did a bad job.

“I will tell you the ‘official’ reason I was fired,” Nimmo told The Daily Beast. “Alex Jones had agreed verbally when I asked to move back to New Mexico from Texas for reasons related to my wife’s health. After I moved, he called and fired me, citing tax and retail sales issues (?) with New Mexico. It had nothing to do with performance issues, as Watson intimated. I have a letter stating this signed by Jones.”

Nimmo provided the letter to The Daily Beast for review but did not want the content published. It confirmed that Nimmo was terminated after he moved. Jones has not responded to requests for comment via email or text message.

“I don’t know if revealing this is part of the confidentially agreement, but I cannot consent to Watson lying about it,” Nimmo continued. “I was told by other former employees he was also angry about my repeated requests for health-care insurance. My wife and I are in our mid-60s and I find it unconscionable for a multimillion-dollar operation not to provide health insurance for employees. I merely do not wish for the article to say I was let go due to poor work performance.”

Another former staffer at Infowars, Joe Biggs, who left the site at the end of 2016, told The Daily Beast in a phone interview that he didn’t know about the details of Nimmo leaving the company.

“I don’t know what happened between him and the employers and why he might be bitter,” Biggs said. “I don’t have anything bad to say whatsoever.”

He called Nimmo a “cool dude” and a “great writer,” and similarly praised Watson and the work he’s done for the site.

Both Biggs and Nimmo spoke about confidentiality agreements they signed to work at Infowars.

“Whatever we do we decide to do,” Biggs told The Daily Beast. “It prevents rumors from being spread.”

Yet in Nimmo’s eyes, he sees Watson’s critique as reason enough to explain his own truth.

But given the fact that InfoWars has published stories about terrorist attacks being false flags and openly speculated about satanic connections to the Clinton campaign, the facts aren’t all that important.