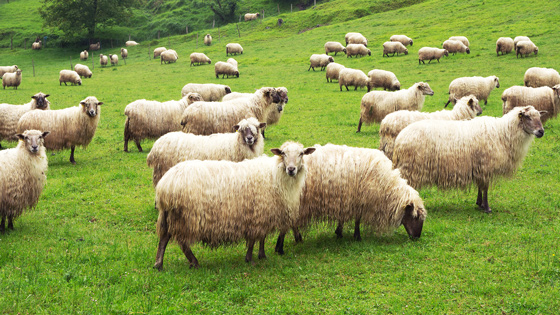 Scientists Want You To Get A Brain Chip To Make You Smarter; And Intelligence Agencies Absolutely Won’t Abuse This Technology Implanted In Humans

The next big evolutionary Orwellian technology is coming.  Soon you will be able to implant yourself with a brain chip to be super smart, CBS Chicago reported.

Elon Musk has previously criticized humans at a conference in Dubai. He expressed that artificial intelligence would surpass human beings and that we would be irrelevant if we didn’t merge with machines. Musk plans to do this with his “Neuralink” product that can make anyone superhuman by connecting their brain to a computer chip.

“Neuralink” is designing a cranial computer interface or neural lace, although it’s unclear what types of products the company will develop.

The Wall Street Journal speculated that the first products could be advanced implants to treat brain disorders like epilepsy or major depression.

Electrode arrays and other implants are already being used to help the effects of Parkinson’s, epilepsy, and other neurodegenerative diseases – but only rarely, due in part to the dangerous nature of brain surgery.

“Your output level is so low, particularly on a phone, your two thumbs just tapping away,” he added. “This is ridiculously slow. Our input is much better because we have a high bandwidth visual interface into the brain. Our eyes take in a lot of data.

It’s not the first time that Musk warned about the dangers of A.I., previously describing it as potentially the greatest threat to the existence of human life and comparing intelligent machines to summoning a demon.

“You know those stories where there’s the guy with the pentagram, and the holy water, and he’s like Yeah, he’s sure he can control the demon? Doesn’t work out,” Musk said at a symposium in October 2014.

The science may seem a bit science-fiction, but Stanford University has already successfully created a brain-computer interface (BCI), BrainGate, and early BCI tech allows people with paralysis to type messages on a computer by picking out letters on a screen, Ars Technica reported.

Facebook also has been working on building a brain-computer interface to let you type with your brain. It’s especially worth noting that Regina Dugan, who heads up the project, is formerly of DARPA.

The U.S. military has even disclosed a super soldier project, revealing to have allocated funding of $65 million dollars for a program to develop a ‘Brain-Computer Interface’ that would allow participants to plug into a computer like the movie The Matrix.

The military wants to use these programs to “give soldiers supersenses and boost brainpower.” Four teams will be responsible for increasing vision and two on hearing and speech. The military adds that this will help develop “new treatments for patients with sensory disorders.”

It’s also worth mentioning other technocrats in Silicon Valley are interested in the transhumanist A.I. society. Tesla’s Elon Musk and former Google[X] Executive Mary Lou Jepsen both are planning mind-reading technology and share the same interest of the privately owned military industrial complex to transition the human race to become more like machines. However, Jepsen’s idea doesn’t involve surgery it involves a special ski-hat.

Current M.R.I. technology can already see your thoughts: “If I threw you into an M.R.I. machine right now … I can tell you what words you’re about to say, what images are in your head. I can tell you what music you’re thinking of,” Jepsen said. “That’s today, and I’m talking about just shrinking that down,” she added.

For years, this type of technology has been successfully tested starting with the CIA testing electrodes to read thoughts during MKUltra, the “Princeton Engineering Anomalies Research Lab” or PEAR for short and MIT.

From 1953 to 1973, the CIA was involved with all sorts of projects including — mind control, and reading, remote viewing and other experiments allegedly to target the Soviets and politicians. However, the experiments were done on non-consenting test subjects. And the official number of those tested is unknown since CIA Director Richard Helms destroyed all the records pertaining to the project.

Fifty some odd years later the black budget technology is coming out for public consumption in the clear world. Already, there are remote-controlled drones which are driven and robots that move their arms with the thoughts of your mind. The Chinese have tested using this technology for controlling robots for their soldiers and the list goes on and on, this isn’t new.

The scary thing is that sending an image inside someone’s head to another person was proven by a Harvard University scientist in 2014 who sent a message from India to France.

But what’s even scarier is that this could be used by government authorities to create an Orwellian Society like that out of George Orwell’s 1984 where we create thought crimes.

As Truthstream media’s Melissa Dykes said last year during the Davos meeting, elite were talking about implementing brain decoding technology without your consent into the legal system.

Technology is about to openly bring us an era where government authorities can read people’s minds without their permission and use it against them including in court, pre-crime, thought police/thought crime and labeling people including children as potential criminals based on their brainwaves.

Speaking of Google, the megalithic giant is also involved in artificial intelligence under its subsidiary umbrella company Deepmind Health, working on A.I. that teaches itself. A researcher with more than 20 years experience in AI Nikolas Kairinos recently told the Dailystar Online that Google will be inside our heads in 20 years.

“Google will be in your head, and that’s not far-fetched,” Nikolas Kairinos. “It’ll be like having a really smart assistant that will almost think like you.”

“Today’s best brain-computer interface systems are like two supercomputers trying to talk to each other using an old 300-baud modem,” said Phillip Alvelda, the NESD program manager. “Imagine what will become possible when we upgrade our tools to really open the channel between the human brain and modern electronics.”

Further, the DOD, Department of Defense was tasked on working on just that by then President Barack Obama through DARPA’s BRAIN Initiative, a joint push to advance neuroscience.

In its experiments, DARPA even investigated a less direct approach: sending electrical pulses into the body. The research indicates that zapping certain nerves — which connect the brain and spinal cord to the body may help people learn skills faster according to DARPA.

As recent as 2017, scientists implanted electrodes in the brain that are designed to mimic the way human beings naturally process memories, further finding that the process also can boost performance on memory tests by up to 30 percent, New Scientist reported.

Another firm like Elon Musk’s Neuralink is a $100 million startup called Kernel that is working on a computerized brain interface chip, which the company states will allow human beings to communicate via telepathy, Dailymail reported.

However, this may be crossing the line too far and the public may be waking up to the transhumanist agenda. That, and it’s pretty hard to convince people to implant a chip in their brain.

In 2014, a survey was held by Pew Research Center’s Internet & American Life Project which overwhelmingly found that a majority of Americans would not get brain implants. About a quarter of Americans would get a brain implant to improve their memory or mental capacity, and three quarters would not according to the study of 1,000 people. If surgeons could insert a brain implant to improve memory or mental capacity, 72 percent of those surveyed would not participate and 26 percent would.

Whether if it’s in the public or private sector this technology is coming and being worked on. I strongly advise anyone from becoming a walking government surveillance device but that’s just this writer’s opinion given what we know from the NSA leaks and CIA Vault 7 leaks.

It’s not a matter of will this technology be abused, it’s a matter of when it will be abused. Everyone deserves their own safe space inside their head free from outside criticism. Not to mention implementing a technology like this where hackers will seek to exploit the technology, creating a dangerous situation for the users who knows what is capable. We are literally moving into The Matrix or Minority Report.