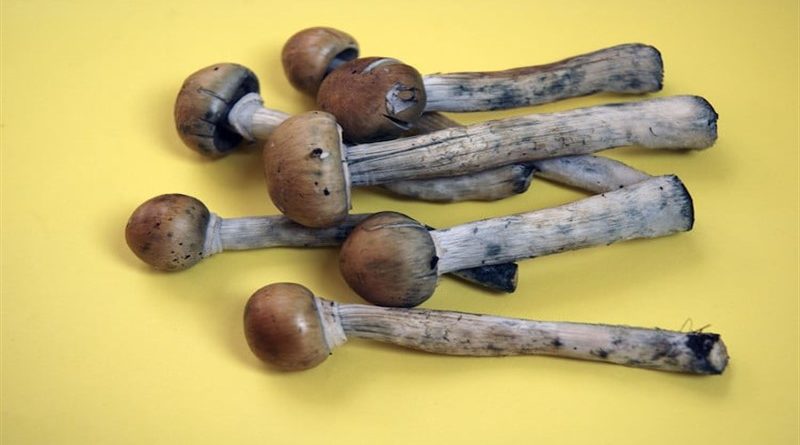 A surprising resurgence of psychedelic research has produced its first FDA-approved treatment, with more likely on the way

In March, the Food and Drug Administration approved esketamine, a drug that produces psychedelic effects, to treat depression—the first psychedelic ever to clear that bar. Meanwhile the FDA has granted “breakthrough therapy” status—a designation that enables fast-tracked research—to study MDMA (also called “ecstasy”) as a treatment for post-traumatic stress disorder and psilocybin as a treatment for major depression.

While these and other psychedelic drugs show promise as treatments for specific illnesses, FDA approval means doctors could also prescribe them for other, “off-label” purposes—including enhancing the quality of life of people who do not suffer from any disorder. Hence if MDMA gains approval as a treatment for PTSD, psychiatrists could prescribe the drug for very different purposes. Indeed, before the federal government banned MDMA, therapists reported striking success in using MDMA to improve the quality of intimate relationships. Recent research bolsters these claims, finding that the drug enhances emotional empathy, increases feelings of closeness, and promotes thoughtfulness and contemplativeness.‌

Similarly, while psilocybin has shown potential as a treatment for depression and anxiety, physicians could also prescribe the drug to promote the well-being of healthy individuals. When researchers at Johns Hopkins gave psilocybin to healthy participants with no history of hallucinogen use, nearly eighty percent reported that their experiences “increased their current sense of personal well-being or life satisfaction ‘moderately’ or ‘very much'”—effects that persisted for more than a year.‌

Yet while the FDA generally does not regulate physicians’ prescribing practices, a federal law called the Controlled Substances Act bars them from writing prescriptions without a “legitimate medical purpose.” Although this prohibition aims to prevent doctors from acting as drug traffickers, the law does not explain which purposes qualify as “legitimate,” nor how to distinguish valid prescriptions from those that merely enable patients’ illicit drug abuse.‌

Would prescribing a psychedelic drug simply to promote empathy or increase “life satisfaction” fall within the scope of legitimate medicine—or would these practices render the physician a drug dealer?

To many the answer may seem obvious: to qualify as a “medical” use, a drug must be prescribed to treat an illness. But in fact, medical practice has always included interventions aimed at promoting the well-being of healthy individuals. Doctors provide contraceptives and induce abortions regardless of whether their patients’ health is threatened by pregnancy. Plastic surgeons first honed their skills treating the traumas of the First World War, but quickly found themselves reshaping normal bodies and faces simply to enhance appearance.

Today physicians may prescribe stimulants to improve performance at school or minor tranquilizers to help cope with the ordinary stresses of modern life, regardless of whether patients meet the diagnostic criteria of a specific disorder. Indeed, some diagnoses themselves seem little more than thinly-veiled excuses to prescribe drugs simply to enhance quality of life—as when the FDA approved flibanserin to treat a condition called “hypoactive sexual desire disorder,” which consists of not desiring sex as much as one would prefer.

At a time when “lifestyle drugs” are marketed as consumer products, it is increasingly difficult to draw a bright line that distinguishes legitimate medical practices from their illicit cousins. If prescribing mind-altering drugs to help healthy people achieve desirable mental states falls within the bounds of legitimate medicine, what is left of the concept of recreational use?

These line-drawing challenges argue for moving away from the drug war’s simplistic, punitive approach in favor of more sophisticated strategies for minimizing the risks of psychotropic drugs. For example, when the FDA determines that a drug poses special risks, the agency can require Risk Evaluation and Mitigation Strategies, or “REMS,” to promote the safe use of the drug.‌

Rather than focusing on whether a drug is prescribed for a “legitimate medical purpose,” REMS can require physicians to register with the FDA and receive special training in order to prescribe the drug. Risk management plans can also stipulate that physicians may only dispense the drug in specific healthcare settings and that a healthcare professional must monitor each patient using the drug.

Similar strategies could be used to mitigate any unique risks posed by psychedelics, without limiting their use to patients suffering from particular disorders. One can imagine a system in which psychedelic drugs could be lawfully prescribed to a healthy individual, but only as part of a guided therapy session led by a specially trained physician. Multiple studies have found that both MDMA and psilocybin can be safely administered in well-supervised clinical settings like these, without harming patients or promoting drug dependence.

The prospect of psychedelic drugs gaining approval as treatments will force a reckoning for our existing system of drug control. While current policies characterize any use of these substances as illicit abuse, acknowledging that these drugs may offer meaningful benefits will require more flexible approaches. Psychedelic medicine may prove to be the thin end of a wedge that moves drug policy away from the elusive goal of eradication in favor of more nuanced strategies that harness the benefits of psychotropic drugs while minimizing their risks.

Matt Lamkin is an associate professor at the University of Tulsa College of Law. In addition to holding a JD, he has an MA in Bioethics and served as a Fellow at Stanford Law School’s Center for Law and the Biosciences. His work has been published in the New England Journal of Medicine, JAMA Psychiatry, Bioethics, the AMA Journal of Ethics, the Journal of Law, Medicine, and Ethics, and numerous legal journals.