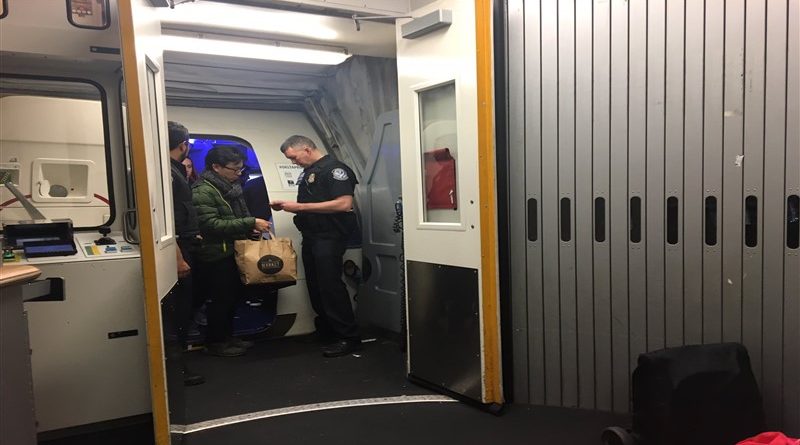 Customs and Border Protection (CPB) agents who claim they were looking for an unnamed person they thought might be aboard a flight who has been “ordered removed by an immigration judge” insisted upon seeing identity documents of every passenger on a fully domestic Delta flight (Flight 1583) from San Francisco to New York’s JFK Airport on deplaning yesterday. Rolling Stone has a report, after some of the victimized citizen passengers tweeted about their bizarre and un-American situation.

Although a CPB spokesman insisted to Rolling Stone that this sort of thing is “nothing new,” they were unable to offer any actual statutory authority for these border agents to harass citizens on a purely domestic flight.

What they offered Stone was 19 C.F.R. 162.6, containing the statement that “All persons, baggage and merchandise arriving in the Customs territory of the United States from places outside thereof are liable to inspection by a CBP officer.” and “CBP has the authority to collect passenger name record information on all travelers entering or leaving the United States.”

That does not, of course, apply in any way to this unjust and seemingly illegal harassment of American citizens leaving a plane that started in and landed in the United States.

Officious agents blocking the free movement of a free people with requests for “your papers” were understood in the old, somewhat real America as the depth of tyranny. Just another day now in the war against people who crossed a border illegally though. Never forget: a war on undocumented immigrants by necessity is a war on all of our freedoms of association and movement.