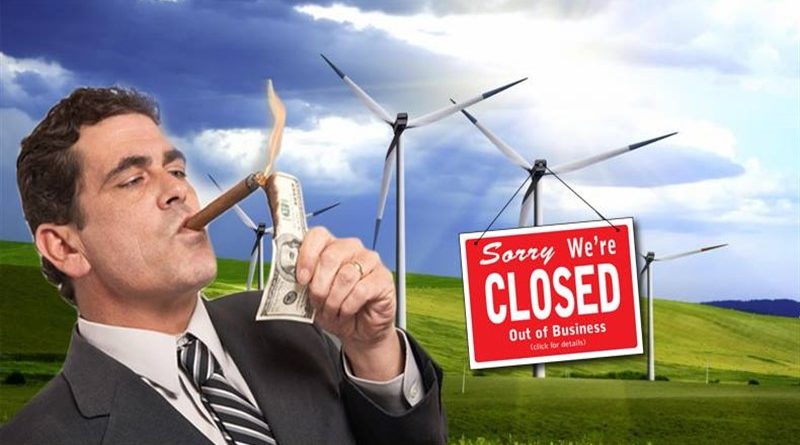 In a slavish display of fealty to the oil and gas industry, Oklahoma Governor Mary Fallin put forward a plan in the executive budget proposal to tax the state’s wind industry out of existence.

By ending tax credits — ahead of schedule — and imposing the nation’s highest tax on wind power, this Oklahoma law would make renewable wind energy cost-prohibitive while enriching the fossil fuel industry.

EcoWatch reports, “The budget proposes a .5 cent per kilowatt-hour on wind energy—five times the wind tax in Wyoming, which along with South Dakota are the only states that tax wind energy—and accelerates the end of a tax credit, currently set to expire in 2021.”

The governor’s budget mirrors another bill working its way through state legislature.

“There’s no question wind has a place in this great state, and has a place in the energy sector,” Sears noted. “What is at hand, we absolutely have to have serious discussion about credits for wind.”Perhaps the most acceptable avenue would be to end taxpayer-funded government welfare for all profiteering industries and corporations, including for wind and Big Oil. But tax credits — given the growth of wind-generated energy — provide fertile ground for oil and gas to go to war against renewables, in general.

Sears said he’s “sure” ending tax credits would “impact” planned wind farms, but “When I get that call from them, I’ll tell them we’re having the same issue in state government.”

Politicians aren’t alone in seeking to get wind power off the government teat.

A group of Big Oil executives — including President Trump’s advisor, Harold Hamm, of Continental Resources — comprise the Windfall Coalition, which believes Oklahoma shouldn’t subsidize wind energy when the state should be turning more toward natural gas and has pushed lawmakers to make the appropriate changes.

Windfall and both the Oklahoma Property Rights Association and WindWaste have worked for years to tightly restrict the locations of turbines and end state tax credits.

Fossil fuels have faced quite a challenge from the wind industry, as NewsOK reported last year, “Oklahoma added more than 1,400 megawatts of wind capacity in 2015. The state remained in fourth place among states for wind capacity, with 5,184 megawatts. Almost 700 megawatts are under construction in Oklahoma, the American Wind Energy Association said in its latest market report. Oklahoma now gets about 17 percent of its electricity from wind.”

But, as Hamm explained,

“We believe now is the time to end wind subsidies in Oklahoma, due to the federal production tax credit that has been extended.”

Hamm’s group said the wind industry’s state incentives — which include a five-year property tax exemption and a 10-year, zero-emissions tax credit worth 0.5 cents per kilowatt-hour of generation — are too generous and aren’t needed anymore,” NewsOK explained. “The group also said increased use of wind generation by utilities comes at the expense of them using natural gas, dampening the collection of gross production taxes.

In other words, wind energy should be done away with because it isn’t profitable for the oil and gas industry — renewables simply pad the wrong pockets.

Proposals to, in essence, penalize the wind industry financially — taxing it beyond viability — constitute an attempt to own the wind.

Claire Bernish writes for TheFreeThoughtProject.com, where this article first appeared.