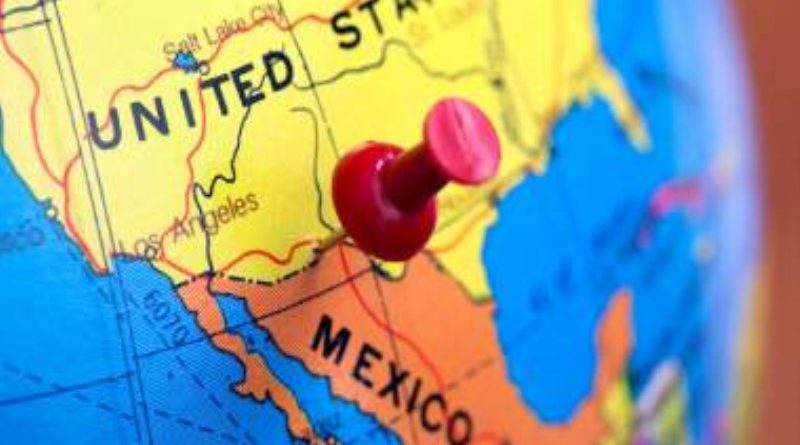 What Trump’s Wall Says To The World

Submitted by Patrick Buchanan via Buchanan.org,

“Something there is that doesn’t love a wall,” wrote poet Robert Frost in the opening line of “Mending Walls.”

And on the American left there is something like revulsion at the idea of the “beautiful wall” President Trump intends to build along the 1,900-mile border between the U.S. and Mexico.

The opposition’s arguments are usually rooted in economics or practicality. The wall is unnecessary. It will not stop people from coming illegally. It costs too much.

Yet something deeper is afoot here. The idea of a permanent barrier between our countries goes to the heart of the divide between our two Americas on the most fundamental of questions.

Who are we? What is a nation? What does America stand for?

Those desperate to see the wall built, illegal immigration halted, and those here illegally deported, see the country they grew up in as dying, disappearing, with something strange and foreign taking its place.

It is not only that illegal migrants take jobs from Americans, that they commit crimes, or that so many require subsidized food, welfare, housing, education and health care. It is that they are changing our country. They are changing who we are.

Two decades ago, the Old Right and the neocons engaged in a ferocious debate over what America was and is.

Were we from the beginning a new, unique, separate and identifiable people like the British, French and Germans?

Or was America a new kind of nation, an ideological nation, an invented nation, united by an acceptance of the ideas and ideals of Jefferson, Madison, Lincoln and Dr. King?

The Old Right contended that America existed even before the Revolution, and that this new nation, this new people, wrote its own birth certificate, the Constitution. Before Washington, Madison and Hamilton ever went to Philadelphia, America existed.

What forced the premature birth of the nation — was the Revolution.

We did not become a new nation because we embraced Jefferson’s notion about all men being “created equal.” We became a new people from our familial break with the Mother Country, described in the declaration as a severing of ties with our “brethren” across the sea who no longer deserved our loyalty or love.

The United States came into being in 1789. The Constitution created the government, the state. But the country already existed.

When the Irish came in the mid-19th century to escape the famine and the Germans to escape Bismarck’s Prussia, and the Italians, Jews, Poles, Greeks, Slovaks came to Ellis Island, they were foreigners who became citizens, and then, after a time, Americans.

Not until decades after the Great Migration of 1890-1920, with the common trials of the Depression, World War II and Cold War, were we truly forged again into one united nation and people.

By 1960, almost all of us shared the same heroes and holidays, spoke the same language and cherished the same culture.

What those with memories of that America see happening today is the disintegration of our nation of yesterday. The savagery of our politics, exemplified in the last election, testifies to how Americans are coming to detest one another as much as the Valley Forge generation came to detest the British from whom they broke free.

In 1960, we were a Western Christian country. Ninety percent of our people traced their roots to Europe. Ninety percent bore some connection to the Christian faith. To the tens of millions for whom Trump appeals, what the wall represents is our last chance to preserve that nation and people.

To many on the cosmopolitan left, ethnic or national identity is not only not worth fighting for, it is not even worth preserving. It is a form of atavistic tribalism or racism.

The Trump wall then touches on the great struggle of our age.

Given that 80 percent of all people of color vote Democratic, neither the Trump movement nor the Republican Party can survive the Third Worldization of the United States now written in the cards.

Moreover, with the disintegration of the nation we are seeing, and with talk of the breakup of states like Texas and secession of states like California, how do we survive as one nation and people?

Now, across Europe, center-left and center-right parties are facing massive defections because they are perceived as incapable of coping with the existential threat of the age — the overrunning of the continent from Africa and the Middle East.

President Trump’s wall is a statement to the world: This is our country. We decide who comes here. And we will defend our borders.

The crisis of our time is not that some Americans are saying this, but that so many are too paralyzed to say it, or do not care, or embrace what is happening to their country.