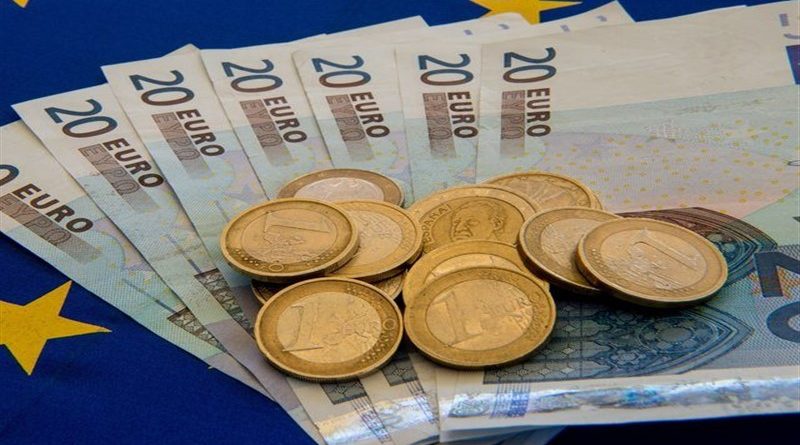 On the philosopher’s 200th birthday, his influence is felt in the most unexpected places

In2006, The Secret introduced a new generation to the claim that thoughts are causative. Word quickly spread that a key inspiration behind the hit movie and book was a slender, obscure metaphysical guide from 1910: The Science of Getting Rich by Wallace D. Wattles.

The Secret’s fans flocked to Wattles’ book: An edition that I reissued at Penguin hit number one on the Bloomberg BusinessWeek bestseller list, and the work continues to sell in myriad editions today.

But many success-driven readers, new and old, fail to realize that Wattles, a radical Quaker and socialist activist, imbued his “get rich” guide with Marxist politics and metaphysics.

Rather than a narrowly conceived iteration of the prosperity gospel, The Science of Getting Rich is, in fact, a guidebook to personal utopia, where state and corporate dinosaurs are predicted to wither away, replaced by a cooperative system of personal wealth and beneficent anarchy.

By “thinking in a Certain Way,” the author taught, you can overthrow the old social order. Wattles wrote the following in his New Age urtext, with emphasis in the original:

You are to become a creator, not a competitor; you are going to get what you want, but in such a way that when you get it every other man will have more than he has now. I am aware that there are men who get a vast amount of money by proceeding in direct opposition to the statements in the paragraph above, and may add a word of explanation here. Men of the plutocratic type, who become very rich, do so sometimes purely by their extraordinary ability on the plane of competition.…Rockefeller, Carnegie, Morgan, et al., have been the unconscious agents of the Supreme in the necessary work of systematizing and organizing productive industry; and in the end, their work will contribute immensely toward increased life for all. Their day is nearly over; they have organized production, and will soon be succeeded by the agents of the multitude, who will organize the machinery of distribution.

Wattles saw mind power, or New Thought, as a means to the kind of leisurely socialist utopia that enthralled readers of Edward Bellamy’s futuristic Victorian-age novel, Looking Backward. Writing in 1910 in his lesser-known A New Christ, Wattles envisioned a marriage of New Thought — America’s homegrown success philosophy — and Christian socialism:

As we approach socialism, the millions of families who are now propertyless will acquire their own beautiful homes, with gardens and the land upon which to raise their food; they will own horses and carriages, automobiles and pleasure yachts; their houses will contain libraries, musical instruments, paintings and statuary, all that a man may need for the soul-growth of himself and his, he shall own and use as he will.

It was as though Marx had imbibed the mother’s milk of American metaphysics. Within Wattles there existed a struggle to unite two mighty currents that were sweeping early 20th-century America: social radicalism and mind-power mysticism. Was it possible, as Wattles dreamed, that these movements could be united into one radical whole? Could there be a revolution by mental power?

“Do Not Talk About Poverty”

By the time he emerged as a New Thought leader, Wattles had already been forced to resign from his Methodist pulpit in La Porte, Indiana. He had gone too far in his social radicalism, at one point insisting that churches should refuse contributions from businessmen who profited off sweatshop labor. After 1900, he entered the more radical environs of Quakerism. Although Wattles found allies in New Thought circles — particularly his trailblazing publisher, Elizabeth Towne, a Massachusetts suffragist who published him in her mind-power magazine, Nautilus — he suffered conflict in that world, too.

New Thought often emphasized the idea of action from within and discouraged emphasis on politics or the travails of outer life. Too much notice of tragedy, poverty, or injustice, so went the New Thought gospel, served only to perpetuate such things. Hence, Wattles could sound at war with himself. In one stroke, he urged readers, “Do not talk about poverty; do not investigate it, or concern yourself with it”; at other times, he spoke passionately before audiences of the squalor of Chicago tenements and the hopelessness of immigrant children living there. Wattles admiringly quoted from the social-reform journalism of Elbert Hubbard, who had exposed child-labor abuses in turn-of-the-century cotton mills. Hubbard, as it happened, was another success guru with a taste for social protest.

Hubbard was famous for his 1899 motivational essay, “A Message to Garcia,”in which he extolled the can-do heroics of a U.S. soldier during the Spanish-American War. Business leaders loved it. Yet Hubbard lost his life while trying to end another war. In 1915, Hubbard and his wife, Alice, a suffragist and New Thought enthusiast, died with nearly 1,200 civilians when a German U-boat torpedoed the passenger ship Lusitania in the waters off Ireland. Hubbard had boarded the ship in New York on a self-styled peace mission to Europe, where he had declared plans to interview the German kaiser and inveigh against the carnage of the Great War. “Big business is to blame for this thing,” wrote the motivational hero. “Let it not escape this truth — that no longer shall individuals be allowed to thrive through supplying murder machines to the mob.”

Even the most popular New Thought prophet of the day, Ralph Waldo Trine, harbored a passion to unite mysticism and socialism. Trine gained a wide range of followers through his 1897 mind-power book, In Tune with the Infinite. It was the book that every New Thought minister and writer seemed to have read and borrowed from. Industrialist Henry Ford kept copies in his office and would press it on guests. But beneath Trine’s placid, almost priestly exterior beat the heart of another social radical. A 1902 profile in the New Thought magazine Mind said Trine believed in the cooperative ethos of socialism and that he planned to write a book “from the viewpoint of a socialist who is such because of his New Thought philosophy.”

It is not clear that Trine ever wrote such a book, but something very close appeared under his byline in 1910: Land of Living Men. While Trine’s In Tune with the Infinite evinced a gentle, folksy tone emphasizing gratitude and generosity, Land of Living Men revealed surprisingly Marxist colors. In it, the New Thought pioneer called for “a great people’s movement to bring back to the people the immense belongings that have been taken away from them.” Trine advocated busting up monopolies, striking for higher wages, and placing essential utilities and industries into public hands. This was one book Henry Ford didn’t give to his friends.

In 1911, in what was to be Wattles’ last book, The Science of Being Great, he offered tribute — probably the only in all of motivational literature — to the Socialist Party of America leader Eugene V. Debs, a fellow Hoosier who later went to federal prison for opposing U.S. entry into World War I.

“Debs loves men,” Wattles explained. “It is a great thing to love men so and it is only achieved by thought.” Taking inspiration from Debs’ presidential campaigns, Wattles embarked on a journey almost unheard of in New Thought circles: He made upstart bids for public office, each time on the Socialist Party ticket. In his home state of Indiana, Wattles first campaigned for Congress in 1908, and, after losing, ran the next year for mayor of the town of Elwood. During his 1909 mayoral campaign, the delicate-framed man stood before 1,300 striking workers during a heated showdown at a local tin mill and pledged them his support. Though Wattles made only a token showing in the congressional race, he ran a surprisingly close second for mayor.

Wattles’ daughter, Florence, a budding socialist orator in her own right, insisted that the mayoral vote was rigged and the election had been stolen. “They voted not only the dead men in the cemeteries, but vacant lots as well,” 23-year-old Florence said in her 1911 address to a socialist convention in Kokomo, Indiana. “We were robbed of the election, but in 1912 we will carry the election. Mark that. And we’ll get the offices, too. We mean to do it through a thorough and completely effective organization.”

On the stump, Florence exuded the same sense of biblical justice as her father — the man who told of the social gospel and the metaphysical powers of the mind. With Florence at his side, her spirits fresh and ready for a fight, anything seemed possible. Yet within a week of Florence’s speech, Wattles was dead. Though his writings had extolled the curative powers of the mind, he had always been physically frail. His health collapsed on February 7, 1911, when he died of tuberculosis at age 50 while traveling to Tennessee.

The Fort Wayne Sentinel, knowing the local author and organizer mostly as a political figure, noted that “he was one of the best known socialists in Indiana.” And, almost as an afterthought, “He also wrote several books on scientific subjects.”

Whatever one makes of Wattles’ mind-power thesis, his renewed popularity is a sharp reminder that Marxism endures — sometimes in the most surprising places.