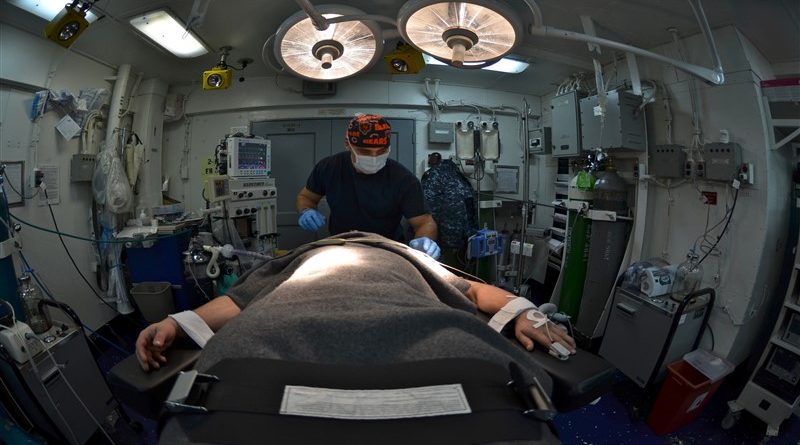 
(Natural News) A new study, facilitated by the City, University of London, warns that using general anesthetic during surgery can lead to brain damage. This may be why many people struggle to return to work after an operation. One potential side effect of administering an anesthetic during an operation is hypoxic brain damage (insufficient supply of oxygen to the brain). Symptoms can include high blood pressure, confusion, and wheezing. It is estimated that this can affect one in every five individuals. Moreover, this new study suggests that the damage to the brain may be more extensive than previously believed.

Researchers recruited mountaineers to perform in several tests that detailed the possible effects of oxygen deprivation to the brain and body. Around 60 percent of the participants were male and had an average age of 45. The volunteers who took part of the research were recruited from the public. Participants were asked to take neurological tests that measured memory, language, and perception before and after they climbed Mount Everest. The extent of mental damage caused by oxygen deprivation is remarkable — especially as they descended. Almost two hundred of the participants failed 20% of the tests they could have performed before scaling the mountain. These effects were still present even after five days after the climb. This can explain why many mountaineers die on their descent.

Professor Stanton Newman, Dean of the School of Health Sciences at City and co-author of the research, believes that these effects can also happen after using an anesthetic for surgery. He notes that he and his team know a number of people who experience cognitive problems following an operation. However, the cause was never clear.

Dr. Newman says that the research gives important insights to how environments with low levels of oxygen can impact the brain and the body. He adds that the study can help hospitals better respond to cognitive impairments related to hypoxia. This can include devising proper therapies — especially for older patients — which can minimize the intensity and duration of the cognitive impairments.

What is brain hypoxia?

Brain hypoxia occurs when the brain is not receiving an adequate supply of oxygen. A person may experience hypoxia when choking, suffocating, drowning, anesthesia complications during an operation, or during cardiac arrest. Carbon monoxide poisoning and brain damage may also lead to brain hypoxia.

Brain cells require sufficient flow of oxygen to perform properly. Anyone who does not get an uninterrupted supply of oxygen to the brain is at risk of brain hypoxia. Symptoms include difficulty in paying attention, temporary memory impairment, and reduced ability to move the body.

Brain hypoxia needs immediate treatment to ensure adequate flow of oxygen to the brain. Interventions may vary depending on the severity of the condition.