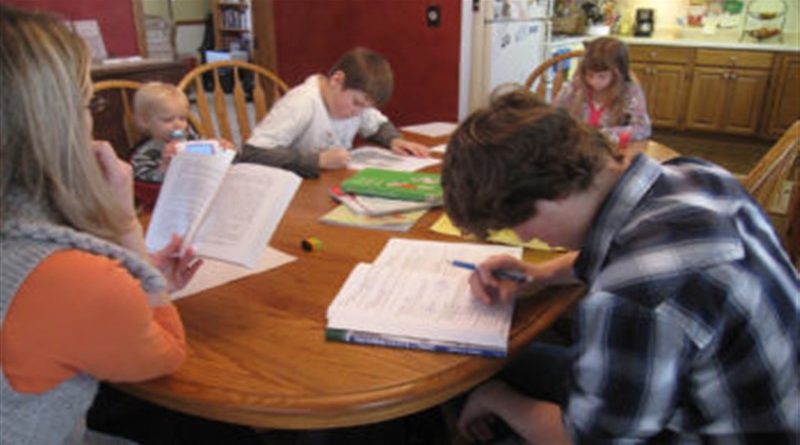 New York City mother Tanya Acevedo received a home visit from Child Protective Services at 7 p.m. this winter. They were investigating her for “educational neglect” because she had legally withdrawn her child from the public system to homeschool.

After Tanya let them in, a CPS investigator insisted that they interview her child in private, and inspected their apartment, including a look inside Tanya’s refrigerator—standard practice for a home under investigation for “neglect.” The officer left Tanya with stern instructions to produce documents and her child the next day at the CPS office.

Tanya called the Home School Legal Defense Association (HSLDA) for help. After many calls navigating the New York Public School District’s bureaucracy—and another visit from CPS—her case was closed. She had followed all the applicable laws to withdraw her son from public schools and begin homeschooling. The school district had not recorded the paperwork she’d filed, so her son began accruing “absences” that eventually triggered the CPS investigation.

“Even though the school knew that Tanya had filed a notice of intent to homeschool, it reported her to CPS for ‘educational neglect’ because its policy required it to do so after so many ‘absences’ had accrued,” writes Jim Mason, HSLDA’s vice president of litigation.

“What happened to Tanya was the last straw,” Mason said in an interview. “Before this, there had been a string of what seemed to be bureaucratic oversights: people would fail to receive responses to their requests or letters, or else they wouldn’t receive their metro benefits. But this invasion of Tanya’s privacy was beyond the pale.”

If You Don’t School With Us, We Report You

New York has some of the oldest home-schooling laws in the country. Once parents withdraw their children from the public system, they have 14 days to notify the district that they have begun a home instruction program. Although the child is not “absent” and is being instructed elsewhere, often the school will continue to mark them so, which is why Child Protective Service gets involved.

“Tanya both withdrew her child and gave the district notice on the same day. Everyone was on the same page,” Mason said. “You don’t have to wait or give the district permission. They have no cause to investigate you or even mark your child absent.”

In other words, families who were fully complying with the laws about homeschooling have been finding themselves subject to investigations of child abuse merely because the school district has not properly filed their paperwork.

“New York Public Schools believe that you need to have their permission to withdraw your student from their system and begin home-schooling. That’s entirely contrary to the law,” Mason said.

Many homeschoolers face high regulations and arbitrary treatment like this despite their stellar academic and social track record, says Dr. Brian D. Ray, president of the National Home Education Research Institute (NHERI). He has been studying and collecting the research on home-educated students for three decades.

“People forget that being schooled at home was the norm for most of human history,” he says. “It’s important to remember that institutionalized schooling with educational professionals didn’t become the norm until about 1900. Along comes back home education, revived in the 1980s, and people don’t know what to make of it. It can and does work.”

Who Cares About Kids More: Parents or Government?

Ray points to academic research that shows homeschooled students are at least equal to and often better than public-schooled counterparts in academics and social and emotional adjustment. One of Ray’s reports demonstrates that more homeschool regulation does not correlate with higher academic achievement.

In this study, researchers ranked each state’s education system as a low, medium, or highly regulated. They then compared a state’s ranking to its student test scores, and found no correlation: states with high regulation were not consistently the top achievers, which means there is no causal relationship.

“It’s absurd to assume that governmental authorities care more about our children than we do as their parents,” said Lenore Skenazy, a writer who espouses “free-range parenting” and tracks government parenting policies. “It’s surreal the way the government seeks to interrupt our lives and assume the parenting role instead of us.”

It’s fine if parents want to be more hands-on with their kids than she prefers, but Skenazy says parents and government both need to respect other parents’ choices about how to manage their kids and families.

“I do resist a helicopter government that tries to monitor every aspect of how we raise our kids. Barring any egregious, immediate, obvious and statistically likely harm, the government should stay out of family life,” she said.

Alexandra Hudson is a graduate of the London School of Economics, where she completed her masters in international comparative social policy as a Rotary Global Grant Scholar. She has held posts with the American Enterprise Institute and the Federalist Society, and most recently was lead education policy analyst at the Wisconsin Institute for Law & Liberty.