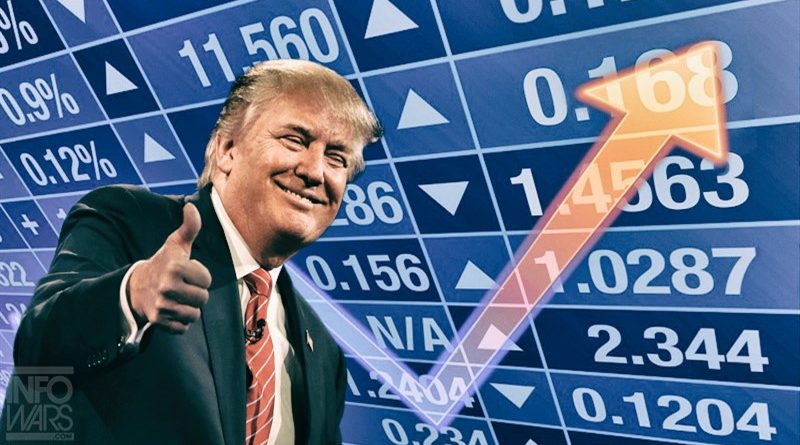 Interesting to see Duetsche Bank attempting to quantify a new economic dimension.  They also identify the construct of the two U.S. economies, Wall Street and Main Street, and present the following forward analysis:

[…]  “This policy will be successful in moving the U.S. economy away from low-growth secular stagnation towards significantly more buoyant performance. We would not be taken by surprise by a doubling of the growth rate of real GDP in the U.S. over the next two years, nor by a further significant move up of equity valuations and a material further appreciation of the dollar.”

Interestingly, heck, surprisingly, the Deutsche Bank analysis rebukes several years of global economic advocacy and theory. “This approach should produce a new order that will ultimately be more stable in the sense that ‘good fences make good neighbors,’” Folkers-Landau said.

The impact may not be felt immediately, but once the new agenda kicks in it will serve as a “game changer for the U.S. economy,” Folkerts-Landau added.  In raw numbers, that would push 2017 growth to 2.4 percent and 2018 up to 3.6 percent.

[…]  U.S. growth will bleed into the world economy, according to Deutsche, which pushed its 2017 global GDP forecast from 3 percent to 3.4 percent. (link)

Well, lookie there.  A reinvigorated U.S. economy actually driving the total of all global GDP forecasts higher by 14% over previous forecasts (GDP 3.0 -vs- GDP 3.4). This admission by Deutsche Bank is rather startling.

If the talking points behind globalist economic theory were accurate, it would be impossible for a nationalist economy to impact global GDP in isolation.

According to “the globalists” like NYT Krugman, moving manufacturing from one country to another doesn’t increase production (value), it simply shifts its location.   This DB projection is a tacit admission that rebukes much more than Obamanomics.

However, all of that said – these predictions are based on analysis of historic trends.  As we have outlined, Trump’s economic nationalism has never been done before in the modern era.  As such, quantifying growth is almost impossible unless you actually accept the full scope of possibility from President Trump’s economic magic wand….

…And when you do fully accept we are in uncharted territory, you also begin to realize the growth potential is well beyond 3.6%.  Steve Forbes has previously said a reasonable outlook, only estimating U.S. GDP, may well be 7% or higher.