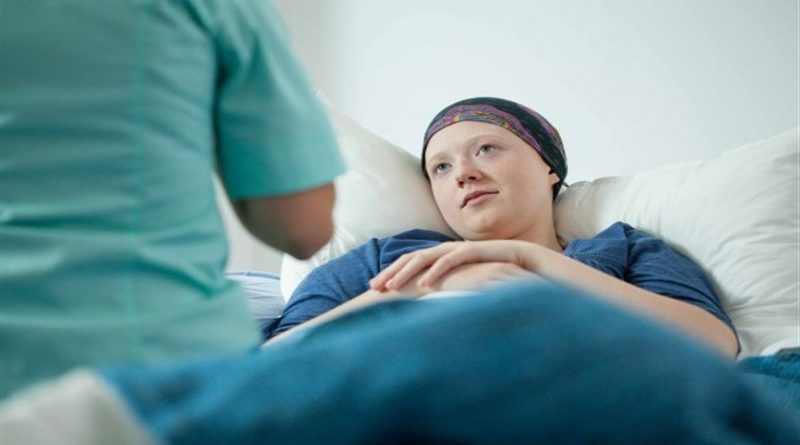 Chemotherapy found to SPREAD cancer throughout the body, warn scientists


(Natural News) Though conventional medicine claims to be winning the war against cancer, along with the holistic health community, we at Natural News have consistently been trying to expose one of the biggest frauds known in human history: CHEMOTHERAPY.

Brainwashed by doctors, oncologists, and the mainstream media, most cancer patients think their only hope for survival is chemotherapy. In America, treating cancer is BIG business. Since the cancer industry makes billions of dollars each year, a cure is not what they are after.

Did you know that the number one side effect of chemotherapy is cancer? Conventional cancer treatments not only fail miserably, they are also designed to make cancer patients sicker. Though chemotherapy may shrink the initial tumor(s), what is happening in the background is far more important. It is the one dark and criminal truth nobody seems to knows about.

A new study published in the journal Science Translational Medicine earlier this month proved what we have been saying for decades; conventional cancer treatments cause more cancer. A team of scientists at New York’s Albert Einstein College of Medicine has found compelling evidence that chemotherapy is only a short-term solution.

Eventually, the drugs will make you sick again, pushing patients towards a second round of expensive treatments. Clever money generating trick: Instead of helping patients to get rid of the disease, they temporarily put it on hold so they can take the dollars twice.

In 2017, an estimated 1,688,780 new cancer cases are expected to be diagnosed and about 600,920 people will die from the disease in the United States, according to the annual report by the American Cancer Society.

The New York scientists explained that while shrinking the tumors, chemotherapy simultaneously opens new doorways for tumors to spread into the blood system, triggering more aggressive tumors which often result in death.

The researchers believe toxic chemo drugs switch on repair mechanisms in the body that allow tumors to grow back faster. Furthermore, Dr. George Karagiannis, lead author of the study, and his team found that two common chemo drugs increased the number of “doorways” on blood vessels which allowed cancer cells to spread to other parts of the body. The team also discovered that chemotherapy increased the number of cancer cells circulating the body and lungs of mice.

Though this study only investigated the effects of chemotherapy on breast cancer, the researchers are currently experimenting with other types of cancer to see if similar effects occur, reported The Telegraph.

Dr. Karagiannis noted that women receiving preoperative chemotherapy to treat breast cancer should be monitored to check if the cancer isn’t circulating or creating more possibilities to spread. He recommends taking a small amount of tumor tissue after a few doses of preoperative chemotherapy. If the markers are increased, the therapy should be terminated immediately.

This study is not the first to demonstrate the ways in which chemotherapy can trigger secondary or metastatic cancers. In 2010, researchers at the University of Alabama at Birmingham (UAB) Comprehensive Cancer Center and UAB Department of Chemistry were awarded a $805,000 grant from the U.S. Department of Defense Breast Cancer Research Program to investigate the question whether chemo encourages cancer to spread throughout the body.

Many studies later, we can no longer ignore the answer to that question. YES, patients are dying from chemotherapy, not cancer itself. It has been shown to not only cause secondary cancers but also accelerates tumor growth and causes cancer cells to become resistant to treatment.

What does this number say about the effectiveness and risks of therapy? Do these people know more? And what is the mainstream media hiding from us?

Due to the devastating effects on the entire body and the immune system, and an extremely low success rate, three of every four doctors and scientists would refuse chemotherapy, according to polls taken by the McGill Cancer Center. Additionally, an estimated 97 percent of cancers don’t respond to chemotherapy, yet it remains the go-to treatment for nearly every cancer type.

Think about it. When your body is fighting cancer, the last thing it needs is more cancer-inducing, immune suppressing chemicals, right? Though all scientists and doctors know that chemotherapy is pure poison and can make things worse, the U.S. Food and Drug Administration (FDA) outlaws doctors from choosing non-chemical routes, such as vitamins, supplements, herbs, superfoods, and other natural cancer solutions, for their patients.

Over the past few years, one study after another has been coming out, linking chemotherapy to cancer. Yet authorities fail to make the healthy call. How much more proof do they need before they start to acknowledge that there are far better, less expensive real cures out there?