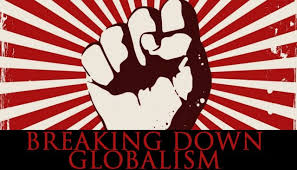 A (Trade) War with China is Inevitable

Beijing’s trade tussle and brazen technology theft stunts are part of an overlooked war that has been going on for decades.by Christopher Whalen

Five decades ago my father Richard Whalen published a book entitled Trade Warriors: The Guide to the Politics of Trade and Foreign Investment. Trade was a big deal in Washington in the 1970s, mostly focused on Japan. The resurgent Japanese economy and enormous flows of investment fueled by trade deficits were seen as a threat to American sovereignty. Many members of Congress, who were profiled in the book, had very specific concerns about trade, but the White House was generally the defender of free trade and capital flows that rebuilt the world after World War II.

Wind the clock forward forty years and much has changed. China, rather than Japan, is the focus of U.S. angst when it comes to trade and investment flows. Members of Congress still have concerns about global commerce, but these concerns are mostly focused on a narrative that seeks to maintain and expand global trade flows that benefit their constituents. But the big change that has occurred over the years since Trade Warriors was published is that now the White House is occupied by President Donald Trump, who largely rejects the assumption of free trade in the global economy—and particularly with China.

Since coming into office, Trump has targeted China for being an unfair, predatory trading partner. Trump has picked up the protectionist rhetoric that was traditionally the province of the Democratic Party, outflanking the pro-labor elements of the left and thereby gaining the support of the Rust Belt states in 2016. The defeat of Hillary Clinton was not only a defeat for the leading Democratic contender for the White House, but also marked the end of the comfortable and very corrupt consensus around supporting “free trade” with totalitarian police states like China.

Do You Know What Happened On This Day?

A hand grenade thrown by Vladimir Arutinian lands about 65 feet (20 meters) from U.S. President George W. Bush while he is giving a speech in Tbilisi, Georgia.

The Supreme Court of the United States rules in Nix v. Hedden that a tomato is a vegetable, not a fruit, under the Tariff Act of 1883.

Each time that Trump has imposed tariffs on Chinese products or set a deadline for the ongoing negotiations, the financial markets have quavered in fear, reflecting the abhorrence investors have for disruptive change. But most investors looking at China also reflect an infantile naivete when it comes to the true nature of the communist state. “When the time comes to hang the capitalists, they will bid against each other for the sale of the rope,” Vladimir Lenin is reported to have said.

Thus, the negative reaction of the financial markets to perturbations in U.S.-China relations is perhaps understandable but almost certainly overstated. “At the end of the day, the People’s Republic needs our commerce a lot more than we need their commerce,” noted CNBC’s Jim Cramer, one of the few U.S. journalists willing to criticize the Chinese. “The United States is a cash-fueled economy, the [People’s Republic of China] PRC is a debt-laden house of cards. They need our money, but do we really need their cheap stuff? We’re winning, regardless of what you think of Trump. The truth is that China’s a paper tiger, something that’s obvious if you just look at the darned numbers.”

While China is currently the largest trading partner with the United States, Canada and Mexico are a close second and third. More, while the Chinese certainly need to maintain trade relations with the United States, the American economy is far less dependent upon China. Thus, while investors may fret about a trade war with China, the biggest threat to investors may be the change in perception about China as a stable place to invest. Western analysts and investors have for decades waxed effusive about the business and investment opportunities available in China, but in fact the country’s state directed economy has largely failed to deliver stable and sustainable growth.

Rhetoric from the White House about “doing a deal” with Beijing is misleading. China’s communist party is not going to dismantle its state-led system and the industrial policies which have led to trade war with the United States in any substantial way. The so-called “Belt and Road” program, for example, is a way for Beijing to export China’s lack of true economic expansion to the rest of the world. This fact raises a very basic question, namely whether any Western economy can really co-exist with China’s explicitly mercantilist economic model.

Also, China’s financial situation is far more risky than many credulous Western observers care to admit. Once you put aside the official propaganda that literally pours from various media and government organs, the sad fact is that China is really not growing nearly as fast as many western observers believe. And the Chinese system is drowning in “debt” that will never be repaid. While the Chinese government “targets” 6 to 6.5 percent GDP growth for 2019, much of this activity is simply a function of government spending rather than private sector economic expansion.

The authoritarian nature of the Chinese economy not only retards the country’s true potential but makes “peaceful coexistence” with the Western market economies problematic. Indeed, China today embodies the nonsensical notion of “modern monetary theory” or MMT, where the state simply creates money out of thin air to meet the political and economic objectives of the Chinese Communist Party (CCP). Since China’s economic policies are ultimately driven by the political insecurity of the CCP, the results of government spending are neither satisfactory nor enduring.

The fact of the trade dispute with the United States, for example, will likely hit China far harder than the United States. Mark Haefele, UBS Global Wealth Management chief investment officer, argues that a trade war escalation will hurt the Chinese stock market more than it would U.S. equities. “In the event of a complete breakdown in the talks and higher tariffs, we would expect to see U.S. stocks trade 10 to 15 percent below their highs and a fall of around 15 to 20 percent in the Chinese market,” he told the South China Morning Post.

But of course, whether the Chinese equity markets go up or down is a matter of indifference to the CCP. Market movements in the United States, on the other hand, lead directly to changes in the outlook for the economy. In China, on the other hand, rising slack in the economy simply leads to more state-directed expenditures. This fundamental difference in the nature of the U.S. and Chinese systems makes it difficult to fashion an understanding on trade issues that is truly workable.

Whereas the trade dispute between the United States and Japan of half a century ago involved two allies that shared basic rules when it comes to commercial and investment flows, the situation with China is fundamentally different. Unless and until the CCP is removed from power and the people of China are truly free, there is no way for the United States and other western democracies to fashion a workable partnership with Beijing.

Many observers worry about the possibility of a trade war with China, but in fact there has been a state of war between the United States and China for decades going back to World War II and the foreign occupation of China in the nineteenth century. This war is fought with unfair trade practices and technology theft rather than guns, but foreign observers need to discard their rosy world view about the “new” China and accept the fact that a trade war exists today and that perhaps even a full-scale military conflict with the CCP is inevitable.

Richard Christopher Whalen is an investment banker and author who lives in New York City. He is chairman of Whalen Global Advisors LLC and focuses on the financial services, mortgage finance and technology sectors.