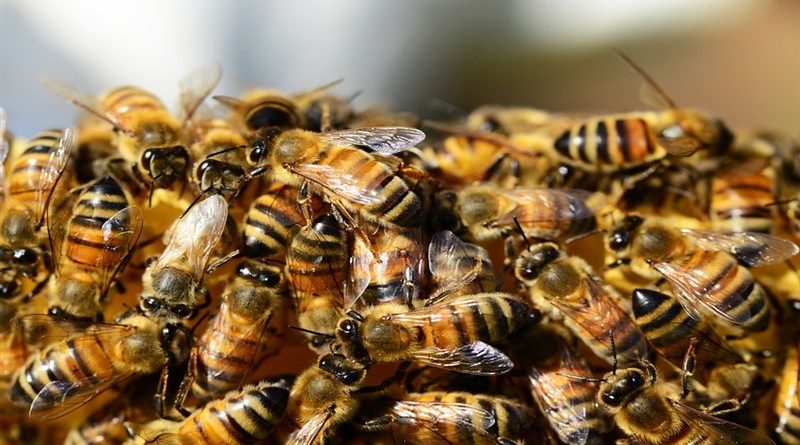 A recent study published in the journal Food Additives & Contaminants analyzed 200 random samples of honey in Canada. The study was conducted by the Agri-Food Laboratories, Alberta Agriculture and Forestry, in Edmonton, Alberta, Canada.

Their analysis found that almost 99% of the honey samples analyzed were contaminated with the herbicide glyphosate, the active ingredient in RoundUp that has been linked to cancer.

Two hundred randomly chosen honey samples, which were submitted to our laboratory for other testing, were analysed using the online SPE-LCMS/MS method to obtain information regarding baseline levels of glyphosate, its main degradation product AMPA, and the other acidic herbicide, glufosinate.

Glyphosate was detected in almost all honey samples analysed with 197 out of 200 samples (98.5%) having residues… (Source.)

Canada is not the Only Place with Glyphosate-Contaminated Honey

In a study published in 2014 in the Journal of Environmental & Analytical Toxicology titled “Survey of Glyphosate Residues in Honey, Corn and Soy Products,” researchers analyzed food samples purchased in stores in the Philadelphia area, including honey, both organic honey and non-organic honey.

Of the sixty-nine honey samples analyzed, forty-one samples, or fifty-nine percent (59%), had glyphosate concentrations above the method LOQ (15 ppb)….

Eleven of the tested honey samples were organic; five of the organic honey samples, or forty-five percent (45%), contained glyphosate concentrations above the method LOQ…

Their analysis found that 100% of their samples tested positive for the presence of glyphosate:

The report downplayed the results, saying that levels were very low and “of no concern for human health.”

In another study published in 2017 in the Journal of Regulatory Science, which was conducted in an FDA laboratory in Atlanta, Georgia, almost 50% of honey samples analyzed were contaminated with glyphosate:

A study published in 2018 in PLoS ONE analyzed honey in Hawaii and found:

Most Consumer Honey Products are Byproducts of Agriculture

Beekeepers do not primarily keep bees to produce honey, but to pollinate crops. The honey is simply a by-product of this service they sell to the agriculture industry.

Every year, for example, most of the bees in the U.S. and Canada are transported to California to pollinate the almond trees. 80% of the world’s almonds come from California’s Central Valley, and almonds are the #1 agricultural crop grown in California. It is a $4 billion industry.

Therefore, it is not a surprise that glyphosate is found in honey. Most of the studies referenced in this article did not analyze honey for glyphosate because they were concerned about consumer health (the government funded studies all conclude that the levels of glyphosate are “safe” for humans.) They are concerned about the health of honey bees, because they have been dying at alarming rates in recent years, and chemical pesticides and herbicides are one the main concerns in the declining bee population.

So by looking for residues of these pesticides and herbicides in honey gives them an indication how these chemicals are being transported from the agricultural crops to the bees and potentially harming them.

To learn more, and to learn if “local honey” is always best, see:

Of course, most of these studies were conducted before the recent court cases against Monsanto started, where juries have now awarded billions of dollars in damages to victims suffering with cancer due to glyphosate exposure.

If you want a honey that is not as likely to be contaminated with glyphosate, look for wild honeys from beekeepers who are more concerned with producing honey than they are with pollinating crops. Such honeys are rare, and they need to come from bees in remote areas far away from commercial agriculture.

Ideally, the honey should be tested for glyphosate.