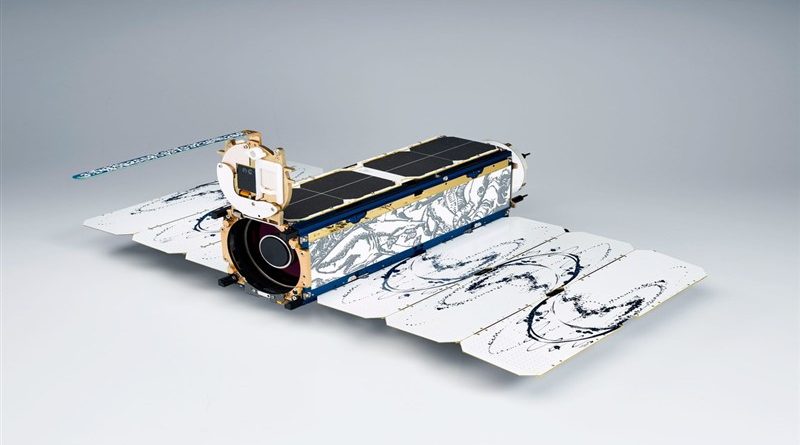 Featured News U.S. News
February 14, 2017February 14, 2017 Dwight Lilly Satellites
THE SATELLITE COMPANY Planet is used to breaking records. In 2014, a rocket exploded with a payload of the company’s satellites inside—26, the biggest loss ever. And today, Planet will launch the largest sat fleet ever, on a rocket carrying the most satellites in history, when it sends 88 new craft from the Satish Dhawan Space Center in Sriharikota, India.These devices, called Doves, will flock with already-orbiting instruments to capture pictures of the Earth. They’re tiny, weighing less than 11 pounds. But with their powers combined, they can track much more of the Earth than massive satellites from military-industrial juggernauts like DigitalGlobe. Even more, Planet just this month purchased another mini-sat company, Terra Bella, from Google, to amp up its space surveillance. And that means it can sell more data—data perhaps about where you live or work or play—for more money.

What kind of data, you ask? Images of farmland, for one, which can help customers measure crop yield. And if a tsunami inundates a coastline, satellite data can direct relief efforts to the right places. Retailers can take stock of parking lots to understand shopping schedules. A mining company can learn how much material is coming out of their remote site—or their competitors’. And governments can spy on whatever governments spy on.

But still—that’s a lot. On the strength of its 55 currently-operating satellites, the company has already raised $183 million of capital. And with the 88 sats launching today and Terra Bella’s seven more, Planet is poised to become the most powerful provider of daily Earth imagery.

All Your Base Are Belong to Planet

Google first bought Terra Bella for $500 million in 2014, back when they were called Skybox Imaging and had just two satellites. But after a few-year foray, Google decided it doesn’t want to play this particular space game. That makes sense to Walter Scott, who founded DigitalGlobe. “Space is hard,” he (and everyone else) says. “Our customers generally find it more cost-effective to be buyers rather than owners.”

And that is, in fact, what Google plans to do. When Google handed Terra Bella off for an undisclosed figure, they also signed a multi-year agreement to buy data back from Planet. Now, Google gets the images it wants without the pain of procuring rocket space, having satellites blow up, or competing with Planet—which, presumably, doesn’t want to be bought because it is doing just fine on its own, thank you very much.

Meanwhile, Terra Bella’s satellites will make up for the Doves’ deficits. “The acquisition wasn’t just an accident, where we got drunk one day,” says Planet founder Will Marshall. Each of the seven sats has four to six times the resolution of Planet’s model, but they can’t provide the same constant coverage. So the Doves can watch for changes in their high-throughput, lower-resolution images, and if they see a shift—flooding where land was dry, a bunch of tanks next to a formerly quiet oil pipeline—Planet can “task” one of the bigger satellites to take a better picture.

Another acquisition recently filled in another of the company’s gaps. Planet’s images work great for the recent past, and the future. But their flock didn’t hatch long ago. So when they purchased the more aged Earth-observation company BlackBridge in 2015, they gained access to its RapidEye satellites and their archives, extending their imagery back to 2008. On top of that, Planet customers can now look at Landsat 8 and Sentinel-2 archives, which show Earth in different wavelength bands, in the same portal where they view Dove and RapidEye data.

Now, the other Earth-facing players still have a place in Planet’s world. DigitalGlobe can only image 1.5 million square miles per day to Planet’s 58 million, but it can send customers pictures at 11.8-inch scale—essentially resolving a laptop into its own single pixel, from space. And it is expanding its breadth, partnering with Saudi Arabian governmental organizations to launch a medium-resolution set of satellites.

But when it comes to whole-Earth imagery—or whole-landmass, anyway—Planet has the lead. And its customers, for the right price, can extract nearly endless information from the satellites’ images. That’s what power looks like.