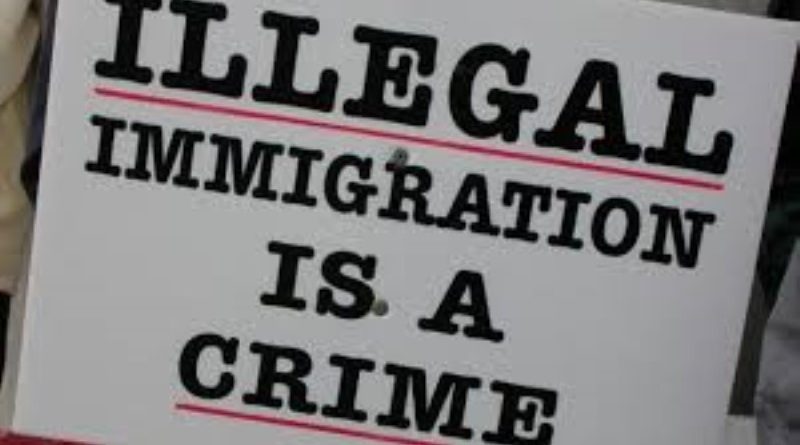 How Donald Trump Can Put an End to Sanctuary Cities

David Vitter is the senior senator from Louisiana. He is the chairman of the Senate Border Security Caucus, vice-chairman of the Subcommittee on Immigration and The National Interest, and a member of the Senate Judiciary Committee.
Just a few weeks ago, President-elect Donald Trump said, “Cities that refuse to cooperate with federal authorities will not receive taxpayer dollars.”

And I absolutely agree. Since 2007, I’ve been fighting to end the dangerous existence of sanctuary cities by introducing legislation every Congress.

During the Obama administration’s tenure, over 300 cities—including my hometown of New Orleans—have provided safe haven for illegal immigrants, and at least 170,000 convicted criminal illegal immigrants who have been ordered to be deported remain at-large.

But now, I’m extremely optimistic the U.S. will soon make real efforts to end sanctuary cities under the leadership of Trump.
Sanctuary cities are dangerous and counterproductive to both law enforcement efforts and reducing illegal immigration.

Ending these policies is not so much about imposing new and burdensome immigration laws, as about simple enforcement of our current laws and ensuring local law enforcement jurisdictions work collaboratively with federal immigration authorities when they come across criminal illegal immigrants.

After the tragic murder of Kathryn Steinle in San Francisco in April 2015, there has been growing momentum to end dangerous sanctuary city policies. She is far from being the only victim of a crime committed by a criminal illegal immigrant.

In LaPlace, Louisiana, this past August, three people were killed and dozens of others were injured when Denis Yasmir Amaya Rodriguez, an illegal immigrant, crashed a bus full of volunteers on their way to assist folks impacted by our recent 1,000-year flooding event. And this accident could have absolutely been prevented.

My hometown of New Orleans has been operating as a sanctuary city for several months now, having implemented regulations in February that bar New Orleans police officers from inquiring about individuals’ immigration status and then sharing that information with federal authorities.

It wasn’t until late September—due to much pressure from myself and others—that local officials made a small step toward complying with my request to reverse the city’s policy, but even now the city of New Orleans is not in complete compliance with federal law.

This policy is in direct conflict with federal law and is simply unacceptable. Worse still, these cities are actively releasing criminal illegal immigrants back into our communities instead of working with federal officials to deport them or lock them up.

I’ve offered several pieces of legislation that tackle this problem head on. My bill with the most traction is the Stop Sanctuary Policies and Protect Americans Act.

Until we end all dangerous and illegal sanctuary city policies—which I am confident will happen sooner than later—the obvious first step is to enact tangible penalties for those cities refusing to comply with federal immigration laws, like limiting the flow of billions of federal taxpayer dollars.

There is absolutely no justifiable reason to reward these jurisdictions with federal funding when they are in clear violation of the law and are actually making our communities more dangerous rather than safer. Falling short of enforcing our laws designed to protect innocent American civilian lives is an absolute nonstarter.

Stopping these illegal policies and assuring safety for every American has to be an absolute top priority for the new Congress and president. America spoke clearly in November that the days of turning a blind eye to criminal illegal immigrants and similar misguided policies is over.

I am very eager to see Trump putting an end to dangerous sanctuary cities as soon as possible in the new year.