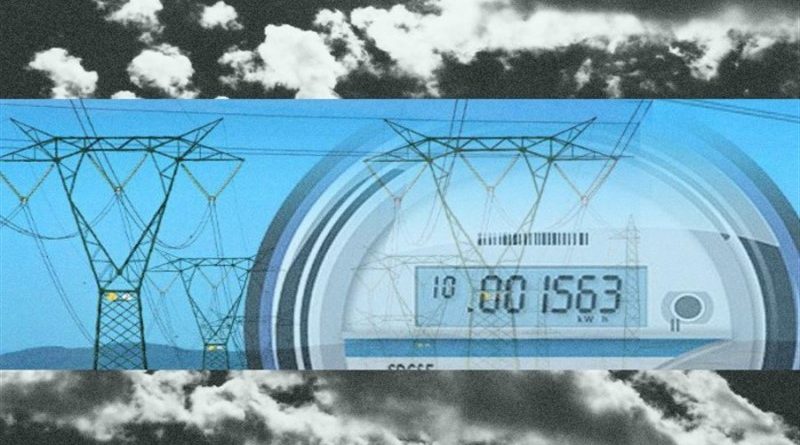 If any readers are “out-of-the-box-thinkers,” as I’m accused of being, then maybe you ought to think about what’s happened,  and even possible, in the legal arena regarding microwave technologies health damages when juxtaposed with Johnson & Johnson’s talcum powder product legal liability, lawsuits, judgments and settlements because their product and talc, in particular, was considered a “possible carcinogen,” specifically since 2006.

About 1700 lawsuits have been filed against talcum powder producers J&J, Sanofi US, Imerys Talc, Valeant Pharmaceuticals and Chattem.  Imerys, however, mined the talc, a mineral, according to the plaintiffs’ lawsuits, which claimed the talc caused their cancers.  Some talc in its natural form contains asbestos, a cancer-causing agent, which was alleged to have been inhaled by some product users.

One J&J talcum powder user of 40 years, Gloria Ristesund of Sioux Fall, South Dakota, underwent a hysterectomy.  Talc was found in her ovarian tissue upon assay.  The jury awarded her $55 MILLION, as her case charged J&J with fraud, negligence and conspiracy.

Another jury awarded plaintiff Jacqueline Fox of Birmingham, Alabama, a talcum powder user for 35 years, $72 million for her contracting ovarian cancer in 2013.  Ms. Fox died in 2016.

Now here’s where talcum powder producers’ problems could have been avoided.  Dr Daniel W. Cramer, Head of Obstetrics and Gynecology Epidemiology Center at Brigham and Women’s Hospital in Boston, first reported a link between genital talcum and ovarian cancer in 1982.  Furthermore, Dr Cramer called for warning labels to be placed on talcum powder products.  Doesn’t that sound like what’s going on about microwaves health hazards warnings currently?

The analogy I introduce is an exactly parallel tactic being employed regarding microwave technologies and ‘smart’ appliances using microwaves, which emit non-thermal radiation waves negatively impacting human health.  That scientific fact has been known since the 1930s.

If non-thermal microwave adverse effects have been known since the 1930s, plus 32 percent of the microwave industry’s own research found non-thermal effects—that’s proof alone they exist, certainly the microwave industry is in the same culpable league as Johnson & Johnson and, therefore, culpability applies legally and financially for fraud, negligence and conspiracy, plus denial and subversion of scientific facts, I offer.

The World Health Organization’s IARC “classified radiofrequency electromagnetic fields as possibly carcinogenic to humans (Group 2B), based on an increased risk for glioma, a malignant type of brain cancer, associated with wireless phone use.” [1]

There is scientific proof the microwave industry does not want to recognize nor admit to: microwaves fall into the same range as cell phones, thus creating similar adverse effects!  In the chart below, take note of the square box marked “microwaves” and where the cell phone is designated—both are in the same frequency ranges (kilohertz (KHz) to gigahertz (GHz).  It’s patently and scientifically undeniable!  However, the microwave industry keeps trotting out World War II era radar thermal safety records as their scientific proof claiming non-thermal effects exist, when that industry’s own studies found 32 percent.

Back in 1962, non-thermal effects were reported:

Frey (1962) describes various auditory and tactile sensations including a feeling of “buffeting” of the head, and “pins and needles”, when stimulating humans with audiorange pulse modulated RF between and GHz at average power density under mW cm2 . He also reports headaches from microwave exposure (Frey, 1998). For microwave hearing, as confirmed in Frey and Messenger (1973), the pulse peak power, not average power, determined the detection threshold. The Frey and Messenger auditory response apparently depended upon electronic noise or high-order oscillator harmonics riding on the pulses. [2]

Microwaves span thousands of cells with a single wavelength, the E fields rotating dipoles and setting up alternating electrical currents. Presumably, a dipole rotation which broke, rather than merely stretched, the bonds holding the dipole would damage the protein or other molecule involved, as well as the membrane holding it. As already mentioned, EMR parameters distinguishing mere hyperpolarization from damage have not been studied well, mainly because of thermal confusion; and, thus, they can not be described here. The same or higher EMR irradiance damaging membranes presumably would cause destructive heating or local electrolysis. In terms of tissue or organ boundaries, or diffraction, then, it would seem that a microwave current which damaged the genetic material also would damage everything around it, too, leaving little for the damaged genetic material to use for cancerous proliferation.

But, there are different inferences which are possible: On a microscopic scale, EMR might cause cells to become cancerous by direct action on dipole elements in protein molecules. A protein may shift between metabolically active and inactive states merely by a small refolding. The dipoles in any molecule as complex as a protein will be irregularly distributed. So, inserting energy irregularly throughout such a protein might cause it to change its folding state — its conformational state — as has been shown at very low frequencies by Westerhoff, et al (1986).

The same report also mentions that the World Health Organization (WHO) has classified mobile telephones as Class B carcinogens. Some fairly firm evidence that prolonged cell-phone use can increase the probability of leukemia in children is presented in various reports editted [sic] by Sage and Carpenter (2012) — notably in their entire section 12.  [3]

In the U.S. Army 1976 Microwave Report Summary page viii, we find this:

Animal experiments reported in the open literature have demonstrated the use of low-level microwave signals to produce death by heart seizure or by neurological pathologies resulting from breaching of the blood-brain barrier. [4]

Personally, if I were a utility company forcing microwave-operated AMI Smart Meters on to customers, I’d be very worried about all the future lawsuits coming the company’s way.

Furthermore, states public utility commissions ought to be recapitulating and correcting mandatory smart meter laws.  Why?  For not protecting the public’s health and wellbeing, plus the harassment utilities and PUCs impose upon consumers.

Behind the $55 Million Talc Verdict: J&J Knew About Cancer Risks Since the 1970s
https://www.masstortnexus.com/mass-torts-news/55-million-talc-verdict-jj-knew-about-cancer-risks-1970s/

Her 2012 book A Cancer Answer, Holistic BREAST Cancer Management, A Guide to Effective & Non-Toxic Treatments, is available on Amazon.com and as a Kindle eBook.

Two of Catherine’s more recent books on Amazon.com are Our Chemical Lives And The Hijacking Of Our DNA, A Probe Into What’s Probably Making Us Sick (2009) and Lord, How Can I Make It Through Grieving My Loss, An Inspirational Guide Through the Grieving Process (2008)