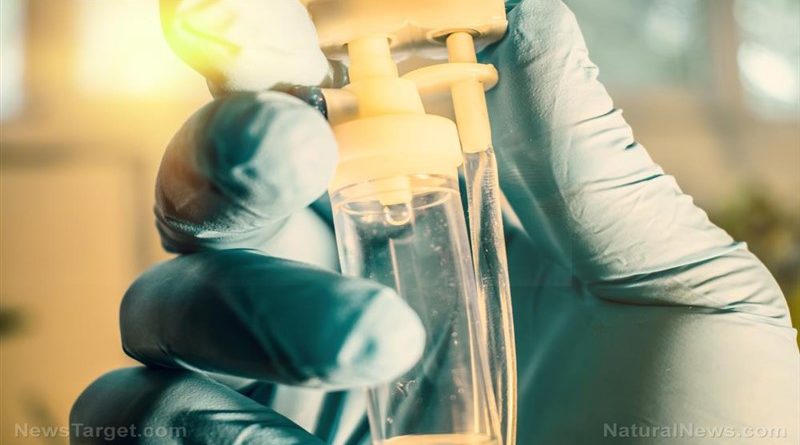 
(Natural News) Chemotherapy is so dangerous that it really should not be called medicine. In the short-term, it has debilitating side effects including stomach and muscle pain, mouth ulcers, headaches, diarrhea, nausea and vomiting, nervous system disruptions, loss of appetite and hair loss.

Then there are the long-term effects, which are even more serious, and can include heart, liver, lung, kidney or reproductive system damage, as well as “chemo brain” – permanent memory, concentration and thinking problems. Experts also warn that chemotherapy greatly increases the risk of secondary cancers later in life.

All things considered, then, chemotherapy is a really risky way to treat cancer. Nonetheless, many frightened people still choose to expose themselves to these risks, believing that they really have no choice if they want to recover. What many of these patients may not realize, however, is that when they choose to undergo chemotherapy, they expose their families and caregivers to the exact same risks.

As reported by Natural Health 365, a study published in the Journal of Oncology Pharmacy Practice in 2012, found that family members who live with someone undergoing chemotherapy are exposed to the same toxic chemicals as the patient via their urinary and other excretions. Healthcare workers also risk exposure in the same way, as well as through direct contact with the medication itself.

[R]esearchers analyzed urine samples from patients who had received the antineoplastic drug cyclophosphamide – within the last 48 hours.

Using gas chromatography and mass spectroscopy, researchers found cyclophosphamide in all urine samples – the treated patients and family members alike. According to the scientists, between 9 and 34 percent of the original dose of cyclophosphamide was excreted in the urine.

In addition, they found surface contamination in the homes of outpatients treated with cyclophosphamide – with 8 of the 12 wipe samples containing the drug.

The researchers asserted that the contamination of the surfaces – and the exposure of the family members – occurred via exposure to waste product excretions from the chemotherapy patients.

This was not the only study to reach this conclusion. A study published in the Journal of Nursing Education and Practice made a similar determination. The researchers tested the urinary excretions of five breast cancer patients for 48 hours after they received their treatment, in addition to taking swabs from toilets, faucets and doorknobs in their homes.

The result? All five homes were found to be contaminated, with 17 of the 28 swab samples found to contain the chemotherapy treatment cyclophosphamide.

The majority of the contaminated samples were taken from toilet seats and bathroom floors, but toilet flush levers and doorknobs also revealed contamination.

The researchers warned that their findings revealed that the families of chemotherapy patients are at “high risk” of the same long-term and other effects of this toxic medication.

While healthcare workers are aware of the risks and generally mitigate them by wearing gloves and taking other protective measures, family members are generally totally unaware that they, too, are at risk.

Natural Health 365 mentions some simple steps that can be taken to protect against this risk:

Experts recommend that the chemotherapy patient use a separate toilet – if available – for at least 48 hours after treatment. If only one toilet is available, male patients should urinate sitting down in order to cut down on splashing.

After urination the lid should be closed, and the toilet flushed twice.

Follow the same protocol – closing the lid and flushing twice – after a patient vomits into the toilet.

Experts also advise that disposable gloves be worn to clean splashes on or around the toilet, and that the area should be cleaned with paper towels. The gloves should be discarded in the trash in a sealed plastic bag, and the used towels flushed down the toilet – again, flush twice with the lid closed. Hands should then be washed carefully with warm, soapy water.

Care should also be taken when handling the dishware of chemotherapy patients, and these should preferably be washed in a dishwasher if possible. Soiled linen and bedding should be washed separately, not once but twice, and on the machine’s hottest cycle.