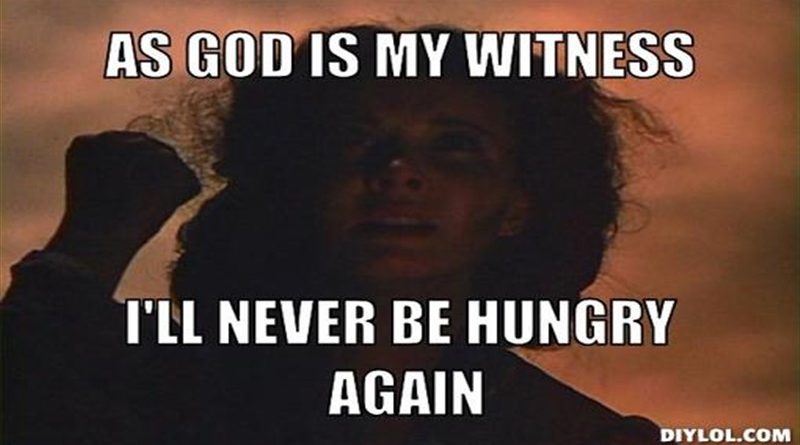 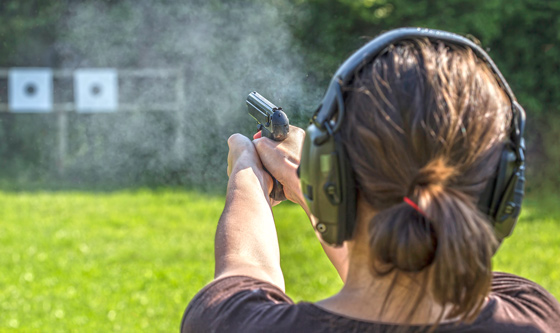 Everyone has heard of those crazy folks who are all ready to hunker down in a bunker with some buckets of freeze-dried food and a bunch of guns – it’s the fodder of quirky news stories and the avatar of many a deranged serial killer in the movies. So how does a perfectly normal person end up turning into a survivalist prepper?

I get asked this a lot because I come across as fairly normal and sane. But, despite my average-mom exterior, I’ve been a prepper for more than 20 years and there’s most likely a gun tucked away in my girlie-looking purse.

So, let’s dispel a few myths and answer a few questions, shall we? At the end, let me know if the how and the why make more sense than you thought they would.

How did you get started prepping?

Just about every prepper I know has a story about something awful that happened during which they felt helpless to take care of their families. And I’m no different.

My turning point occurred when my first baby was just over a month old. There I was, at home with that precious little bundle, when my husband walked in from work one night and told me he’d been laid off.

We didn’t have much money saved up. We had a few groceries in the kitchen but were by no means stocked up. We had diapers to buy, rent to pay, and a car to keep on the road, and suddenly, not a penny of income. My husband applied for unemployment and desperately sought work, picking up some day labor here and there. It was dismal and terrifying. We ate bagels and peanut butter for weeks because I’d stocked up when they were on sale. We had some broccoli and tomatoes from our vegetable garden and that was absolutely it. I have no idea what we would have done for our baby if I hadn’t been nursing when this all occurred.

And it was during that time I went all Scarlett O’Hara with the carrot and waved my fist around in a field and yelled, “As God is my witness, I’ll never be hungry again!” Okay, there wasn’t actually a carrot or a field, but I did make that vow.

That was when my mindset changed because I realized how quickly lifecan change. One day, things are ticking along, you are feeling relaxed and happy, and then WHAM, the Universe shows you that sh*t does indeed happen.

I was determined to be prepared for those moments when things went wrong instead of blissfully ignoring them, because now, for the first time in my life, someone was depending on me to make things okay no matter what. At the time, I had no idea it was called “prepping.” I just thought I was frugal.

What epic disaster are those crazy survivalist preppers actually getting ready for?

A lot of folks who have an opinion on the preparedness world base that opinion on TV shows like Doomsday Preppers. But, just like basing your opinion of homesteaders on a few television shows, it belies one’s ignorance when a program designed for entertainment value and ratings is their font of knowledge.

On that show, each prepper featured is said to be getting ready for some singular type of Armageddon. Maybe it’s a nuclear war or a Russian invasion. Maybe they think an asteroid is going to strike the earth. Maybe it’s an economic collapse and the subsequent Mad Max world that follows.

While all of those things are within the realm of possibility (I mean, Donald Trump beat Hillary Clinton for the presidency, which proves that anything can happen), they are far from the most likely scenario. And the people on the show don’t really think that either. Hours of interviews and footage are cleverly edited to make each participant look bat-crap crazy because that makes for good TV. Of course, in some cases, the people are legitimately bat-crap crazy, like the one guy who said he was an Apex Predator but then went right back to prison after the show aired because he, a felon, was televised shooting a firearm.

While not denying that disaster-movie-level bad things can happen, what most of us are prepping for are things that are far more mundane than a giant asteroid. Things like…

But the most common concern that people prep for, that worst-case scenario that actually does happen to so many of us isn’t at all glamorous and would never be the subject of an exciting movie of the week.

It’s being prepared for it if the primary breadwinner for the family loses his or her income.

Let’s face it, that is the epic disaster that we’re all the most at risk for.

It could happen in so many ways. That person could be fired or laid off. The business could close, like thousands of retail industries are charted to do this year. The primary breadwinner could become chronically ill or injured, and thus unable to work.

Most families do not have a large savings account set aside these days because life just costs so dang much. Many people are only one missed paycheck away from financial ruin. Few of us could go without income for more than a month or so.

However, when you put aside food, sanitation supplies, cleaning supplies, and whatnot, and you hone the skills necessary to produce some of your own, then you are far better suited to weather this particular crisis that could happen to anyone.

Would you rather head to the food bank after a week of unemployment or head to your own pantry? The answer seems clear to me.

What’s with all the guns?

Not all preppers are armed to the teeth with tens of thousands of dollars worth of firearms. Sure, some are, but for the most part, people have just one or two personal weapons, and some don’t arm themselves at all.

As for me, the middle aged mom? I’m a concealed carry permit holder and it’s a pretty safe bet that I have a Glock in that boho, flowered purse I’m carrying, and if not, then it’s probably tucked away under the flowy shirt I have on.

I learned a valuable lesson during a potential home invasion that happened at our place in the country. You don’t generally have time to say, “Hang on, Bad Guy. Let me go grab my gun so we can have this conversation on equal footing.” That unsettling incident was the impetus I needed to realize how quickly things could happen, and I began keeping a firearm within reach at all times, even at home. My daughters are also proficient shooters because if they are ever home alone when someone bursts through the door, I want to increase their chances of survival and level the playing field. Anyone who says she is pro-woman and anti-gun is full of baloney or completely ignorant, because there is no greater equalizer in a physical conflict than a firearm.

In the aftermath of a disaster, heck, anytime really, we can’t rely on 911 to save us. We should be prepared to save ourselves. You know what they say: when seconds count, the police are only minutes away. Personally, I think being armed is an essential part of being prepared, but no one will take away your prepper card if you aren’t.

How would one get started if one did not want to go full-on, bunker-dwelling, gas-mask-wearing crazy?

I understand. You want to do it but you don’t want to be nuts. You don’t want to be the subject of a mainstream media article in which they put the word prepper in quotes each time they use it like it’s some kind of made-up word and not actually in the dictionary.

So here’s how you get started. No one even has to know you’re doing it.

Here’s an article on how to be a prepper, but not one of those crazy ones.

Being a prepper actually isn’t that crazy of a thing to do.

There have been many times in my life I was glad to be prepped and never once when I said, “I sure wish I didn’t have all this food and toilet paper.”

My emergency fund has seen me through many rainy days. My supplies helped keep a roof over our heads once when I got laid off and the choice would have been between buying groceries or paying the mortgage. When California was drowning in rainfall last year, we had what we needed on hand to stay safely at home when all the roads dangerous or closed due to sinkholes, avalanches, flash floods, and mudslides. When a wildfire drew near, we were prepared in minutes to evacuate. When our well stopped working, we were able to maintain hygiene, care for our livestock, and quench our thirst until it was fixed.

None of these scenarios are outrageous. They’re ordinary life events. Although the natural disasters in your area might be different than ours, every area is prone to something. The key is to be ready for things to go wrong every now and then. That keeps a crisis in the realm of “inconvenience” instead of “epic disaster.” It isn’t doom and gloom to be prepared. It’s actually a form of optimism because you have the confidence that you will be able to get through anything that life throws at you.

And on the odd chance that once-in-a-lifetime mega-disaster strikes? You will be ready and you will be glad.

Being prepared for an emergency is really no different than buying insurance to cover your home or keeping an umbrella in the car. It’s about being ready if things go wrong so that an emergency doesn’t completely ruin your day. You and your family deserve to feel safe, comfortable, and secure, no matter what.

Contributed by Daisy Luther of The Organic Prepper.

Daisy Luther is a freelance writer and editor who lives in a small village in the Pacific Northwestern area of the United States.  She is the author of The Pantry Primer: How to Build a One Year Food Supply in Three Months. On her website, The Organic Prepper, Daisy writes about healthy prepping, homesteading adventures, and the pursuit of liberty and food freedom.  Daisy is a co-founder of the website Nutritional Anarchy, which focuses on resistance through food self-sufficiency. Daisy’s articles are widely republished throughout alternative media. You can follow her on Facebook, Pinterest,  and Twitter, and you can email her at daisy@theorganicprepper.ca