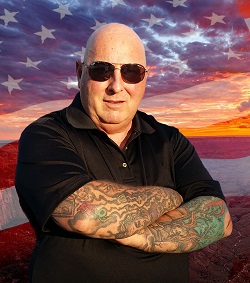 The Forgotten Man In America Silently Speaks Out

When men and women first set foot in what later would become the United States of America, they took life and it’s journey head on. These early pioneers were too busy working, paying their various tithes, dealing with the calamities that come about, and in general, taking life for what it was. They knew that you get out of life what you put into it. And life is not a judge of fair or equality.

Every man and woman knew that their fellow travelors down this path, their neighbors, were focused on a similar pursuit. Sure they befriended and helped each other out as need arose, and they had some means of doing so, but there was no forced charity. Nor should there have been.
America then moved on as a people and developed deeper roots, a common culture and more distinct classes of people. Some fared better than others in this new world of their choosing. In nature that is the way the natural law works with precision. Some people excel and others not so well. The key is working with one’s talents and ambition to forge the life that the later afords.
And then along came some busy bodies who had more time on their hands than common sense. And thus we as a people fell down the rabbit hole, into a an existence alien to nature and natural law. Where men sat around thinking up all manner of laws, to reward and bolster classes of Americans of their focus and choosing. To the detriment of a silent and productive yet– ignored and forgotten America.

As a result, In 1883, William Graham Summer responded to an invitation from Harper’s Weekly, a well known publication of the later 19th century, and produced a series on the relations of workers and employers. Each essay to be 2,000 words long and for a fee of $50 each. The series was labeled “What Social Classes Owe To Each Other”
Over the years this treastie took on a number of differing lifes. Misinterpreted and rearranged, depending on the goal of the manipulator.
The orginal series however boiled matters down rather simply, yet took great care in analyzing and detailing the simple message. I won’t go into a lofty essay of my own here, I’ll settle for two points of value I gleemed. 1. each life is lived on it’s own merits. 2. whenever people decide to focus on one segment of our society and try to fix it, that the rest are ignored and left to their own. Ignored. And suffer the consequences of the meddling.

Summer explained this process this way, with each letter being a person:

As soon as A observes something which seems to be wrong, from which X is suffering, A talks it over with B, and A and B then propose to get a law passed to remedy the evil and help X, or in the bettercase, what A, B and C shall do for X.

As for A and B, who get a law to make themselves do for X what they are willing to do for X, we have nothing to say except that they might better have done it without any law.

But what I want to do is to look up C. I want to show you what manner of man he is, I call him the Forgotten Man. Perhaps Appellation is not strictly correct. He is the man who never is thought of. He is the victim of the reformer, social philanthropist, and I hope to show you before I get done, that he deserves your notice for his character and for the many burdens which are laid upon him.

The poor and weak are continually the subject of those passing laws to meddle.

Now who is the Forgotten Man?

He is the simple, honest laborer, ready to earn his living by productive work. We pass him by because he is independent self supporting, and asks no favors. He does not appeal to any emotions or excite sentiment. He only wants to make a contract and fulfill it, with respect on both sides and favor on neither side. He must get his living out of the capital of the country.

If we then fast forward to 1933, Franklin Roosevelt ran his presidential campaign — and twisted and contorted the Forgotten Man’s definition. He instead labeleds the Forgotten Man as the poor and weak man among society.

Roosevelt once elected went about fashioning all manner of laws to reward this group, forgetting again C, the true Forgotten Man.

The ‘New Deal’ was born. A crutch for nature and the beginning of the end of freedom and liberty in America. Dependency and  new classes of slaves were born, ones dependent on the meedling master for shelter, nurturing and life. The victims of the meddling men’s laws.

Note, there has always been the weak and poor in society, through boom times and bust. A fact ignored by this socialized government that was borne of the Roosevelt administrations..

The drag on the economy caused by Roosevelt’s welfare soon had unemployment back up to 10% and rising. Only to be saved by a war time economy, as the nation geared up and turned to fighting Japan and Germany. The more the common men became dependent the less they focused on what had been the traits that had made America great.

We again see the meddling and class myopic vision, when President Lyndon Johnson proposed and passed his Great Society. And again the Forgotten Man is ignored. And again more dependency, in this case destroying the social fabric of the blacks in America.

Over the years more and more focus has been on passing laws and help to an ever expanding class of those who are deemed poor and weak. And everytime to the detriment of those focused on. Their independence stripped away by law.  New slaves created with each new law and program. We now have permannet classes of dependent Americans. And we have “C”, the Forgotten Man being victimized in silence… ignored and yet expected to carry this expanding welfare state on his hard working back.

Not content to simply focus on American’s classes, the federaL government turned it’s attention to the poor and weak across the globe, signing trade deals and giving aid, all the while destroying the capital and drying up markets for the hard working but silent in society. We now have little left of the manufacturing base of our nation, a base built by the Forgotten Men and Women. Instead we have a vast wasteland, a vast rust belt.

The Forgotten Man in silence, pulled the lever in thousands of polling places and chose Donald Trump to be our next president. President Trump will now have to unravel decades of unintended consequences brought about by A and B. Those baffeled by this development are the ones who had completely forgotten the Forgotten Man. I doubt many if any had read William Graham Sumners essays.

How this new chapter plays out will determine whether we survive as a free people.